My Take on the Meng Wanzhou Case 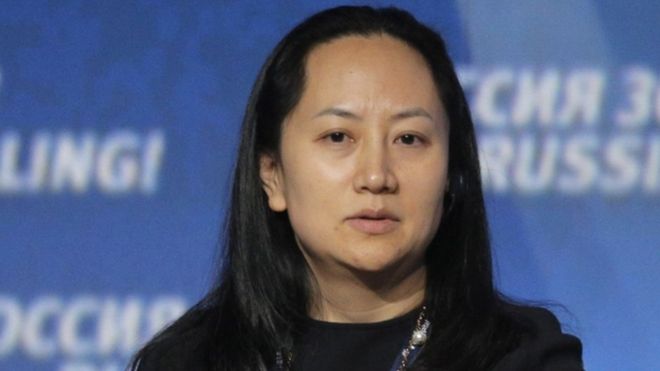 Canadian authorities arrested Huawei CFO Meng Wanzhou on December 1 in a Vancouver airport. She was granted bail later. The Chinese authorities lodged strong protests with the Canadian authorities and the story has been occupying headlines since. Apparently, Canada played the role of a “fixer” on behalf of the US, which is the real boss wielding the club of long arm jurisdiction.

The arrest and attempted extradition of Meng Wanzhou was issued by the US authorities, citing Huawei’s alleged breach of the US sanctions on Iran, a claim repeatedly rebutted by Huawei, stating that it has acted in compliance with the laws and regulations of host countries. There was a Reuters report a couple of years ago that claimed a Hong Kong based company attempted to sell embargoed Hewlett Packard equipment to Iran’s largest mobile phone operator, which had business ties with Huawei. Meng once served as a director of the Hong Kong company. Besides, Huawei clarified that neither itself nor the Hong Kong company provided any HP equipment, and HP also stated it was compliant with the Iran embargo. It is reported that the US Justice Department has been probing Huawei since 2016 for any violation of sanctions against Iran, without ever releasing its conclusion. Apparently, what the US is really doing is to fabricate charges out of thin air to have Meng arrested.

It is worth noting that the US normally imposes fines on companies found to have violated country-specific sanctions, rather than putting any of their executives behind bars. The list covers Standard Chartered Bank, Deutch Bank, the Bank of Tokyo-Mitsubishi UFJ, the Internationale Nederlanden Group, the Pan-Pacific Bank, and the National Bank of Abu Dhabi. The arrest of Meng represents a horrible precedent, in utter disregard for the legitimate rights and interests of a Chinese citizen, and for international law. This will cast a shadow on business engagements.

By orchestrating the arrest of Meng, the US might have two goals in mind. First, to curtail Huawei’s momentum. Huawei has become the front runner in 5G globally, much to the chagrin of the US. US authorities made several attempts to deter Huawei’s global push, including blocking a partnership between Huawei and AT&T. In the National Authorization Act for Defence adopted in August this year, the bill dictated a ban against Huawei and ZTE products and services in any US government or government sponsored procurement. Meanwhile, encouraged by the US, the UK, Australia, and New Zealand also announced a ban on Huawei equipment in their respective domestic 5G markets. A succession of developments show the relentless efforts by the US to stigmatize Huawei and block sale channels in order to derail its growth.

Second, to create leverage in the ongoing trade talks. In line with the consensus reached by the two presidents in their meeting in Argentina, both sides suspended further tariff action for 90 days, during which time they would engage in trade negotiations to eliminate all tariffs and to reach a mutually beneficial agreement. In his Reuters interview, President Trump said that he would do anything that is good for America when responding to the question of whether he would intervene in the Meng case, which was a telling sign that the US may be behind the arrest of Meng. CNN interprets Trump’s statement as a sign of willingness to use the Meng case as a bargaining chip in the trade talks.

So what can we learn from the Meng case? First, the US is ready to do anything without regard to law, morality, rules, and norms, so long as it puts America First. Nothing is beneath it.

Second, national security has become a new type of non-tariff barrier. Citing national security, the US could impose tariffs on steel and aluminum from allies, or banish Huawei from the global market. The US has become an outright offender of fair trade, and it is therefore the last country in the world to talk up defending fair trade.

Third, Huawei won’t be the US' only target. The US will go on to target the whole hi-tech sector of China. Huawei is now the poster child for 5G technology, and the US leaves no stone unturned in the attempt to dislodge Huawei from the pedestal. China will never provoke anyone, but it will not shy away from a fight. China will respond proportionately in the face of US provocations, and stand up resolutely to a plot by the US to curtail China’s development and national interests.

HuaweiTrade War
printTweet
You might also like
Back to Top
CHINA US Focus 2022 China-United States Exchange Foundation. All rights reserved.