Reviving Prospects for Joint Development in the West Philippine Sea 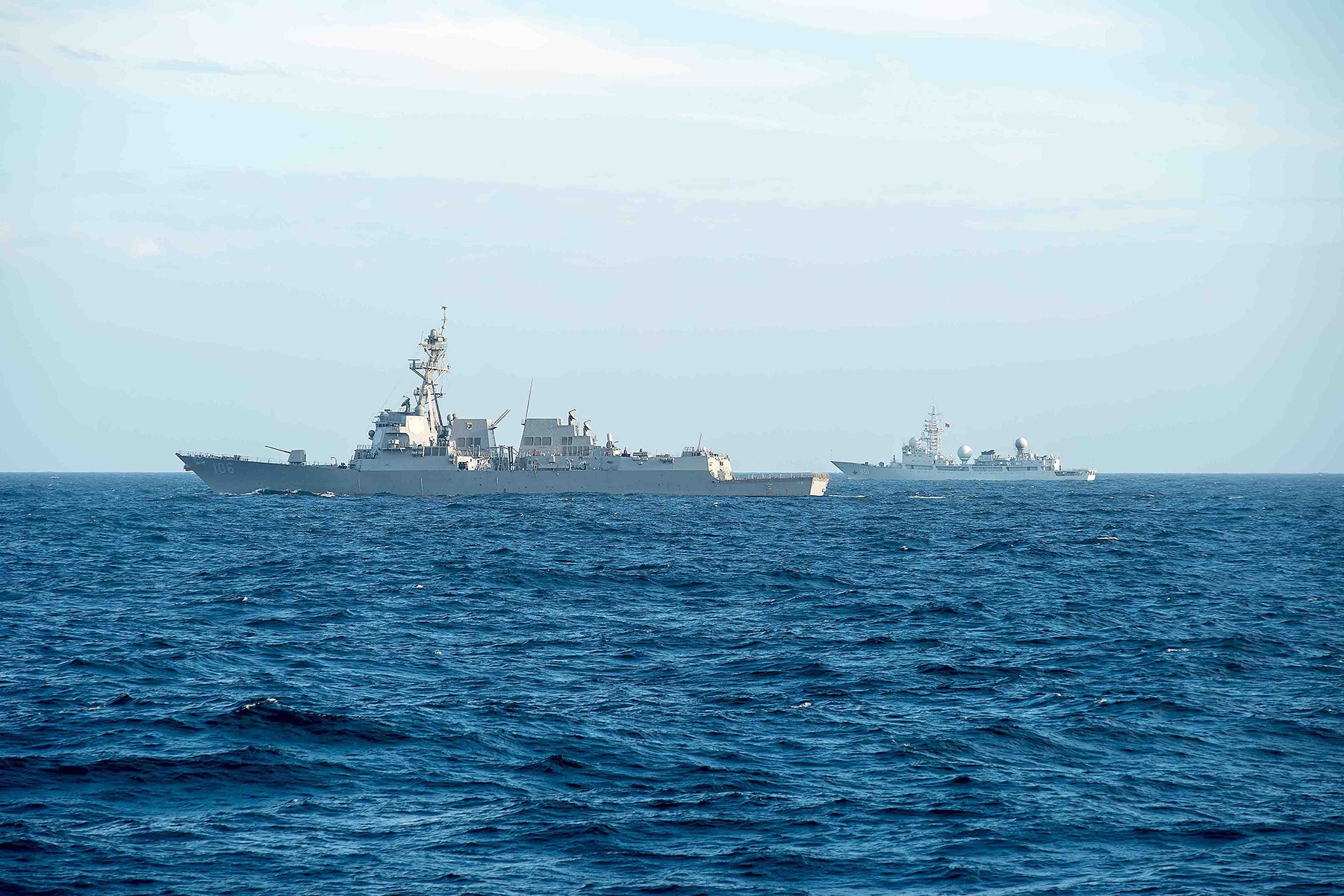 Recent talks about exploring potential for joint development between China and the Philippines (JD) in the West Philippine Sea (WPS)* fits into a pattern of finding political and diplomatic approaches to manage the longstanding maritime dispute and putting a premium on practical economic cooperation actively pursued by the Duterte government since coming into power last year. JD has considerable legal bases in international law, notably UNCLOS, enjoys international precedents for state practice (not least from states bordering the South China Sea), conveniently provides economic benefits to parties without jeopardizing claims, and contributes to confidence-building and dispute management. However, a JD is not without the usual challenges of legal restrictions and public acceptance. At the end of the day, JD remains a political exercise of defining their national interests and calculating domestic and international responses.

Philippine-China relations have seen a number of positive bilateral developments in the last year: a memorandum of understanding on Philippines-China coast guard cooperation; establishment of a bilateral consultation mechanism on the South China Sea (SCS); and positive momentum on ASEAN-China negotiations towards a Code of Conduct in the South China Sea.

Discussions of joint-development of resources clearly demonstrates the extent of how an improved climate of bilateral ties can make for a major turnaround in the relations between tight claimants over the long disputed sea. Competition for access to fisheries and hydrocarbon resources in SCS has long been a key driver of disputes and had triggered incidents that led to serious diplomatic row between and among claimants. This includes the 2011 Recto (Reed) Bank and 2012 Panatag (Scarborough) Shoal incidents between Philippines and China and the 2014 oil rig incident between Vietnam and China, among others.

Most of the living and non-living resources in SCS are clustered in near coastal waters of littoral states and such resource mapping has far reaching implications in terms of defining potential areas for joint development. Interestingly, all states bordering SCS have entered into varying forms of joint development with their neighbors, including with fellow claimants (e.g. 1979/1990 Malaysia-Thailand; 1992 Malaysia-Vietnam; 1997 Thailand-Vietnam over Gulf of Thailand; 2000 Indonesia-Malaysia-Vietnam; 2000/2005 Vietnam-China over Tonkin/Beibu Gulf; 2009 Brunei-Malaysia). Most claimants also share a contiguous land border or have adjacent or near opposing mainland coasts (e.g. Malaysia and Thailand, Vietnam and China, Brunei and Malaysia, Malaysia and Vietnam). Although mutually exclusive, several claimants have also entered into exclusive economic zone and continental shelf delimitation agreements with neighbors (including with fellow claimants e.g. Malaysia-Vietnam, Vietnam-China) which may make for a more enduring foundation for JD. Malaysia and Vietnam stand out as among the most active states in concluding JDs with neighbors and both are incidentally among the region’s biggest energy exporters (in the case of Vietnam, also a major fisheries product exporter).

Set against this milieu of proliferating joint development is the Philippines with its unique geographical position of having no shared contiguous land border and no adjacent or near opposing mainland coast. As an archipelagic and maritime state with a huge maritime domain and a coastline almost twice as large as that of the U.S., the Philippines is new to maritime delimitation agreements, having signed its first one with Indonesia (over the Sulu-Sulawesi Sea) in 2014 after twenty painstaking years of negotiations.

Seen from this vantage point, Manila’s late interest to enter into joint development may be motivated by this profound realization that its neighbors, including fellow claimants, have long been benefiting from this practical measure without harming their claims. However, the country’s relative insularity, the absence of a neighbor with a proximate mainland opposing coast and the fact that most of its offshore oil and gas resources are located in near coastal waters in the West Philippines Sea makes joint development still a politically contentious subject. Unlike Indonesia (which have other offshore resources in uncontested internal waters) and like Vietnam (which relies almost entirely on its SCS offshore resources), most of the Philippines’ existing and promising hydrocarbon fields are clustered offshore the main western island of Palawan in WPS.

There are several factors that may influence the decision of states to pursue joint development, notably: 1) trust and confidence between parties involved; 2) amount or volume of potential resources in the disputed area; 3) image and legitimacy of national leader; 4) capacity to unilaterally exploit resources and; 5) lessons and experiences from other JDs, especially from neighbors.

For the first factor, improving Philippines-China political relations are opening greater mutual economic opportunities but it remains to be seen whether the trust deficit was reduced enough to pave the way for a JD. On the second factor, data on offshore hydrocarbon deposits in near coastal waters of west Palawan remain inconclusive, although some estimates consider Recto (Reed) Bank as very promising. The findings of a joint 2005-2008 pre-exploration/exploration undertaking between Philippines, Vietnam, and China within the vicinity had not been released so knowledge on prospective resources in the area remain scarce. However, assuming there are considerable deposits in the area, momentum for a JD may surge, especially on the part of the Philippines, which so far extracts the least offshore energy from the South China Seas and is one of the region’s most dependent on foreign sources in meeting its burgeoning domestic energy requirements.

On the third factor, the respective leadership of both countries seem to enjoy tremendous domestic support. Both Duterte and Xi are known for taking a tough stance against corruption. It must be noted that the tripartite (initially bipartite) Joint Marine Seismic Undertaking between the national oil companies of Philippines, Vietnam and China did not graduate to drilling or production phase because of local opposition as it was viewed as being tied to graft-ridden loans procured by the then Arroyo government to execute China-backed infrastructure projects in the country (i.e. Northrail, National Broadband Network).

On the fourth factor, China had a greater capacity to undertake unilateral resource extraction in SCS, while Philippines has a weaker homegrown capacity and had to rely on attracting major players like foreign multinational giants Shell and Chevron to harness indigenous energy resources in WPS (i.e. in Malampaya). But China realizes that having the financial, technological, and infrastructure capacity to undertake upstream activities in SCS is not enough reason for it to do so as such unilateral activities may trigger diplomatic rows with neighbors and give life to the narrative of an assertive bully. Lastly, the wealth of state practice and experience by neighbors in relation to JD may provide added encouragement for both sides to give JD a shot.

There are various modes for implementing JD demonstrating that sustained political will can imbue the needed creativity and innovativeness for parties involved to find viable workarounds from legal/institutional constraints and media sensationalism. Some states signed maritime delimitation agreements with JD clauses (e.g. 1982 Cambodia-Vietnam, 1992 Malaysia-Vietnam), while others pursued standalone JD agreements (e.g. 1979/1990 Malaysia-Thailand, 2000 Indonesia-Malaysia-Vietnam). Hence, delimitation has not been an impediment to and has not been a necessary prerequisite for a JD. Some states package it as a commercial production sharing agreement between their respective energy companies (2000 Indonesia-Malaysia-Vietnam), facilitated by a Memorandum of Understanding (e.g. 1992 Malaysia-Vietnam) or Exchange of Letters (e.g. 2009 Brunei-Malaysia). Some states also enter into specific treaties (1974/1994 Timor Sea Treaty).

The Philippine Constitution reserved the enjoyment of resources in the archipelagic waters, territorial sea and exclusive economic zone to Filipinos but curiously left out mention of the continental (insular) shelf. Hence, technically there is no expressed prohibition on joint development in the country’s continental shelf where seabed minerals and energy resources are extracted from. The Constitution even allows the President to enter into agreements with foreign companies involving either technical or financial assistance for large-scale exploration, development and utilization of mineral and petroleum resources. Openings for JD are, therefore, present. However, existing domestic legislation relating to petroleum extraction may pose some challenges as they contain specific provisions which may not completely jive with JD. The discussion of whose governing law shall apply is always sensitive and participating states have come to great lengths to develop elaborate joint institutional mechanisms, if not kept the JD agreement below the radar, to avoid perceptions of giving one party some perceptual advantage, although JDs, by their nature, do not confer such advantage and do not impact on competing claims.

A standalone joint development agreement along the lines of a commercial arrangement seems more feasible, easier to implement, and may attract lesser scrutiny and possible domestic opposition than a formal grand state-to-state agreement. While sophisticated institutional arrangements may be difficult and take considerable time to come by, there are low hanging fruits well within prevailing mechanisms that can fully explored. In fact, the easiest way is for Chinese companies to partner with local and foreign players and take part in the Philippine service contract system like what China-state owned company CNOOC did in the past when it farmed-in (bought a 51% stake) in Service Contract 57 (Calamian) along with partners Philippine National Oil Company (holding 28% stake) and Mitra (21%). Reviving this deal which suffered from the adverse fallout of soured political relations in the past years is one concrete action that could pave the way for greater cooperation on future upstream activities in WPS. An arrangement that may offer a face-saving solution to break the impasse with one side able to emphasize it has governing law and the other side able to stress the project was a joint undertaking can allow both sides to come out as winners among their respective domestic publics.

China-Philippines RelationsEconomic Development
printTweet
You might also like
Back to Top
CHINA US Focus 2018 China-United States Exchange Foundation. All rights reserved. Disclaimer