Jun 07 , 2017
printTweet
While Detroit—the city that put the world on wheels—celebrates the completion of 3.3 miles of rail, the Q-Line, taking riders from the riverfront in downtown Detroit to Mid-Town, China is interconnecting the entire country with high speed rail lines and investing nearly a trillion dollars in connecting the world.
Just a few short weeks ago – unnoticed by many Americans – there were more foreign dignitaries and leaders gathered in China than at any time there since the 2008 Beijing Olympic Games. They assembled to hear Chinese President Xi Jinping unleash his "One Belt, One Road" Initiative. The goal? To boost Chinese influence by investing and strengthening infrastructure and trade links with the rest of the world. 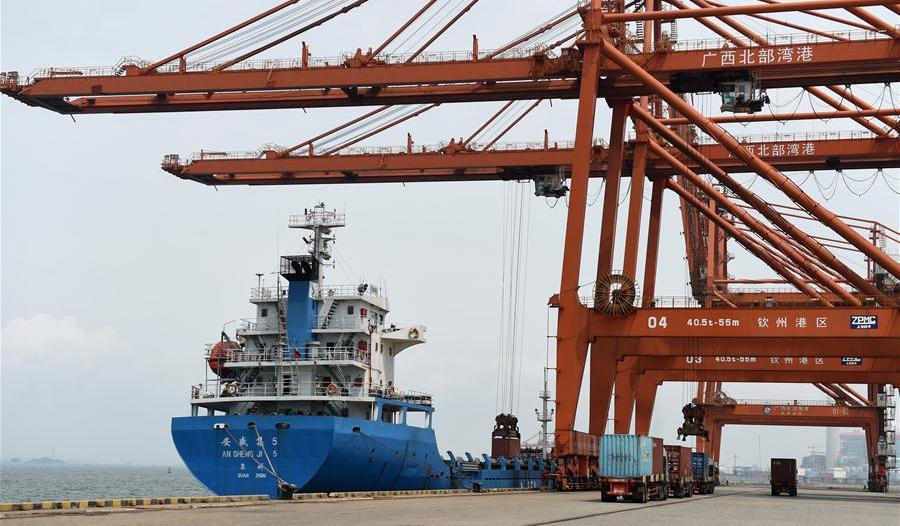 21st Century Connectivity
China has pledged to connect Central Asia with Southeast Asia – reminiscent of the ancient Silk Road – while also connecting the Middle East and Africa with a massive infrastructure project set to surpass America’s Marshall Plan that rebuilt Europe after World War ll. This bold plan is part of President Xi's attempt to rein in the global leadership mantle that is slipping away from the U.S.
Many see China expanding its soft power in developing future markets for its goods and services. China’s official Xinhua News Agency proclaims that China’s Belt and Road initiative “aims at achieving the common development of all countries rather than seeking spheres of political influence.”
The New York Times reported that President Xi is aiming to use China’s wealth and industrial know-how to create a new kind of globalization that will dispense with the rules of the aging Western-dominated institutions. "The goal is to refashion the global economic order, drawing countries, and companies more tightly into China’s orbit."
In their book, Wealth and Power: China’s Long March To The Twenty-First Century, old China hands, Orville Schell and John Dulury brilliantly walk us through “how a nation, after a long and painful period of dynastic decline, intellectual upheaval, foreign occupation, civil war, and revolution, manage to burst forth onto the world stage with such an impressive run of hyper-development and wealth creation, culminating in the extraordinary dynamism of China today.”
Things have taken a miraculous turn for the better since that century of humiliation – a period of both Japanese and Western intervention 1839 and 1949 when China was subjugated to Western rule.
Wealth and Power
If Mao Zedong could come back for a day he would see what the leaders and the people of China accomplished since the Communist takeover on October 1, 1949, when he stood at the gates of Tiananmen Square, proclaiming the founding of The People’s Republic of China. It is said Mao emphasized, "China has stood up."  With massive wealth and a rising military, China has indeed stood up longer than many scholars thought possible.
Today, Xi Jinping is presiding over a nation with fuqiang or "wealth and power," after decades of following the failures of Mao's revolution and Deng Xiapong's warning to, "keep a cool head and maintain a low profile. Never take the lead - but aim to do something big."
Clearly, the Belt and Road Initiative which engages sixty nations is "something big."
McKinsey, a global consulting company, calls the Belt and Road initiative with its modern network of railways, roads, pipelines, and utility grids a modern day Silk Road that comprises more than physical connections. "It aims to create the world’s largest platform for economic cooperation, including policy coordination, trade and financing collaboration, and social and cultural cooperation." All the while, America, with its re-found isolationism, sits on the sidelines.
Few in the U.S. remember that China held the title of the world’s largest economy during eighteen of the last twenty centuries. Clearly the Chinese are not content to remain the factory for the world. On multiple planes, the Chinese are striving and succeeding in reclaiming their status as a cultured, educated, innovative nation. Many expect China to re-capture the world's largest economy title within a decade. In fact, some would argue China has already passed this milestone.
The Chinese are coming also coming to Detroit.  Alibaba Group, the Amazon of China, will inaugurate its effort to empower U.S. small businesses, entrepreneurs and farmers to sell to 1.4 billion Chinese consumers at “Gateway 17,” a small business summit that will be held at Cobo Hall in Detroit, Michigan on June 20-21.
Our leaders at the national, state and local level need to find ways to assure China's continued rise does not come at our demise, and to figure out ways to influence and take advantage of China’s plans to integrate more into the global economy.
The ancient Chinese philosopher, Confucius, reminds us: “He who learns but does not think, is lost. He who thinks but does not learn is in great danger.”
We need to rebuild the U.S. while staying connected to the world.
Despite President Trump's assertion, building Great Walls and becoming isolationists in a global economy, where ideas and jobs can and do move around the globe instantaneously, will not "Make America Great Again."
One Belt One RoadSoft PowerEconomic Development
printTweet
You might also like
Back to Top
CHINA US Focus 2018 China-United States Exchange Foundation. All rights reserved. Disclaimer