The Shanghai Cooperation Organization (SCO) has long been viewed by many analysts as a balancing tool of Russia and China to counter American engagement in Central Asia. Indeed, the SCO is the only regional intergovernmental organization, to which China, Russia and four of the five Central Asian states belong to. The SCO was initially founded as the Shanghai Five in 1996 to set the framework for strategic cooperation on matters related to security on border regions between Russia, China, Kazakhstan, Kyrgyzstan and Tajikistan. In 2001, the leaders of these states decided to revisit the aims of the organisation and expand the scope of its activities to include political, economic and military cooperation. Uzbekistan also agreed to join the organization, and on June 15, 2001, the SCO was created. 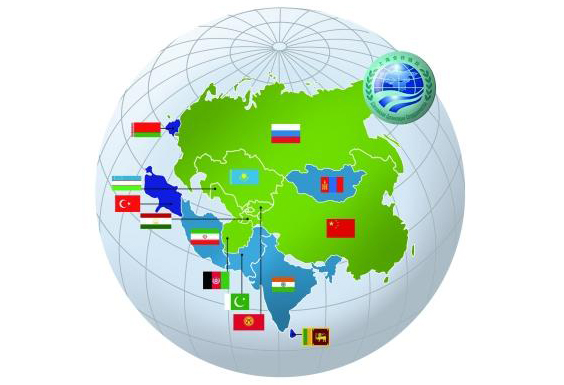 Certainly, in the span of the last 20 years, the SCO did achieve some remarkable milestones. The leaders of the SCO member-states managed to attenuate historical border tensions, establish procedural mechanisms of cooperation, and advance common discourses on the evils of terrorism, separatism, and extremism. Notwithstanding such developments, the SCO failed to project the image of an effective regional organisation and has been perceived more so as a discussion forum to promote confidence and good-neighbourly relations amongst member-states.

The SCO and its main organisational bodies suffer significantly from underfunding—with the annual budget approximately 4 million USD—and are strictly dependent on the governments of its member-states. Despite its potential, the military component of the SCO cooperation remains one of the least developed, as it hardly moves beyond political rhetoric and non-lethal military assistance. Military aid is being delivered mostly on ad hoc bilateral basis, while the willingness to exchange information about external threats or new technologies remains of limited nature. Moreover, multilateral exercises and military drills held under the aegis of the SCO do not truly reflect the capacity of the SCO to guarantee a security shield against the newly emerging threats in Central Asia.

Although the SCO has been often portrayed as a Sino-Russian attempt to resist American activism in the region, both Russia and China were not committed to getting directly involved in the security matters of Central Asia. Moreover, American engagement in Central Asia itself was of limited nature. After the dissolution of the Soviet Union, the U.S. was offering attractive financial support and a new model of development based on the democratic principles and the idea of free market. By supporting aspiring Central Asian democracies, Washington was interested in supporting a further and more-complete disintegration of the Soviet Union. However, Western experimentation brought economic and social difficulties. As Central Asian economies underwent severe contractions, corruption and poverty began to rapidly flourish in the region. As a result, the Central Asian states soon distanced themselves from the U.S., an action accepted by Washington, as the U.S. was not particularly keen on developing closer ties with the region. To date, the American interests in the region are limited to the U.S.-led “Operation Enduring Freedom” in Afghanistan and to securing hydrocarbon reserves of Central Asia.

It is in this context that the SCO could have abandoned declaratory politics and developed strong and effective multilateral cooperation. However, the views of such transformation have not materialised. Nonetheless, despite the lack of significant benefits from the membership in the SCO, the Central Asian member-states remain fully committed to the organization. On one hand, symbolic engagement of the Central Asian states in military drills and war games may display their sovereignty and solvency as independent states. On the other hand, these developments may showcase the willingness of the Central Asian elites to demonstrate their bandwagoning attitudes towards greater neighbours in order to transform such deferential positions into political currency.

As a result, the SCO emerged as a convenient platform for the Central Asian leadership to preserve domestic status quo by accommodating the ambitions of both Moscow and Beijing within one framework. In addition, both Russia and China are willing to share the burden of security risks in Central Asia even at the expense of their own strategic interests—and without demanding any democratic transformations from the Central Asian states. And as long as such predispositions satisfy all parties, the SCO will unlikely evolve beyond a discussion forum. Economic Cooperation Geoeconomics SCO
printTweet
You might also like
Back to Top
CHINA US Focus 2018 China-United States Exchange Foundation. All rights reserved. Disclaimer