The Coronavirus Outbreak and the Global Supply Chain 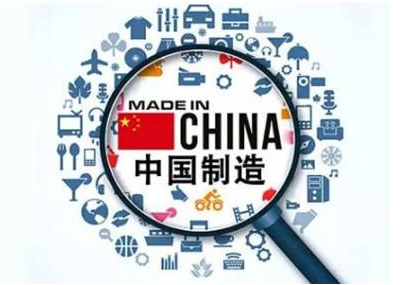 The outbreak of a novel strain of coronavirus centered in Wuhan, China has grabbed global headlines for weeks. In less than a month, the confirmed cases have ballooned from a few dozen centered in southern China to tens of thousands. Countries around the world are taking precautionary measures and quarantining affected residents.

One of the many areas of concern is the virus’ impact on the global economy. The coronavirus outbreak is thus far concentrated in southern China, which can rightfully be considered the world’s industrial heartland. It is hard to overstate the degree to which global supply chains depend on the panoply of products that originate in China. While there is still significant uncertainty about how severe a potential coronavirus pandemic would be, it seems likely that supply chain disruptions will dampen Chinese – and global – economic growth as 2020 unfolds.

To understand the likely economic impact of the virus, we have to be able to estimate the virus’ spread and severity, and there is a great deal of uncertainty regarding both. Professional estimates of the virus’ contagiousness and mortality vary widely due to limitations in the available data. There are bottlenecks in producing and distributing the kits used to test for the virus in China – there can be no more confirmed cases than there are available kits for testing each day, not to mention that such kits have an accuracy rate of only 30 to 50 percent. At the same time, there are domestic and international incentives for the Chinese government to downplay the severity of the outbreak, including both total cases and the number of deaths. Some fatalities may have been recorded simply as generic pneumonia. We can be certain that there is independent, person-to-person spread of the virus in China’s major cities, along with a growing number of cases spreading internationally.

Accounting for these limitations, epidemiologists believe that the new coronavirus is more infectious than seasonal flu and cousins like SARS and MERS. On the other hand, while the virus seems to be more deadly than typical flu strains, it is not nearly as lethal as SARS or MERS. These facets are both a blessing and a curse – while the new virus does not have the very high mortality rates of outbreaks earlier this century, it seems unlikely that it will simply die out on its own or be contained within one region of China. After an initial coverup by local authorities, China instituted the largest quarantine in human history, mobilized massive public health resources, issued guidance restricting travel and public gatherings, and promoted work-from-home initiatives. These measures aimed to prevent the virus from becoming an even more serious epidemic at the cost of lengthening the economic slowdown that already occurs around the Chinese New Year.

Chinese authorities thus face a difficult dilemma: is the economic pain of a continued shutdown greater than the risk of enabling the virus to spread? While there are signs that some provinces and enterprises are cautiously reopening after two additional weeks of closure, other areas may not go back to work until March 1st or later. Morgan Stanley has reported that even some of the earliest enterprises were only aiming to fully reopen on February 17th. Foxconn has received approval to reopen only one of its factories; major automotive factories remain closed; U.S. flights to China are still suspended; and many firms in Hong Kong are still working from home. The balance sheet suggests that serious caution remains regarding the virus’ future impact, as a multi-month shutdown will inevitably have deleterious effects on the Chinese economy.

Before we continue to specific supply chain issues, it should be noted that the relative calm in global – and even Chinese – markets does not indicate that the coronavirus’ economic impact will be benign. Massive easing from central banks, particularly the U.S. Federal Reserve and the People’s Bank of China (PBoC), has injected hundreds of billions of dollars of liquidity into global stock markets in the preceding months. As quarantine measures escalated in China and markets were poised to open after the New Year holiday, the PBoC again flooded the equivalent of $240 billion in yuan into the financial system to offset a massive plunge in Chinese markets. Markets are not calm, then, so much as they are sedated, continuing a general theme of divergence from the underlying health of the global economy.

China accounted for over a third of the world’s manufacturing output in 2019. At a more granular level, China produced almost 30% of the world’s exports of computers, electronics, and electrical equipment; 40% of its textile exports; and around 20% of exports of furniture, rubber, and plastics. Companies that have relocated assembly for products like smartphones, including Samsung and Google, still rely on components manufactured in China. As some logistics managers have observed, even many non-Chinese alternative producers of particular components depend on other parts that are themselves produced in the affected regions of China. The spread of just-in-time logistics systems may also compound the effects of the shutdown. If Foxconn plants do not reopen at sufficient capacity, for instance, Apple may be forced to delay the launch of its new iPhone. If disruptions persist beyond a few weeks, major retailers could face serious restocking issues within two to three months. Downstream delays for retailers and consumers would be matched by a blow to upstream demand for components and basic materials if factory orders slump. And this does not even account for the fact that China is not only a major producer of goods, but also the largest source of global growth in many consumer markets.

It is obvious that continued shutdowns due to the coronavirus could significantly disrupt global supply chains, leading to wider economic pain. It is difficult to predict whether China’s cautious reopening of closed firms will prove wise or lead ultimately to a longer and more disruptive outbreak. In the international context, the failure to contain the spread of the virus would almost certainly lead to additional restrictions on the movement of goods and people, providing a further headwind to global trade. Caution is therefore certainly in order, as the human toll of the outbreak could be compounded by economic dislocation lasting several months. International cooperation is absolutely necessary if we are to weather this new threat to human life and the global systems upon which we all depend.

COVID-19China’s EconomyGlobal Economy
printTweet
You might also like
Back to Top
CHINA US Focus 2021 China-United States Exchange Foundation. All rights reserved.