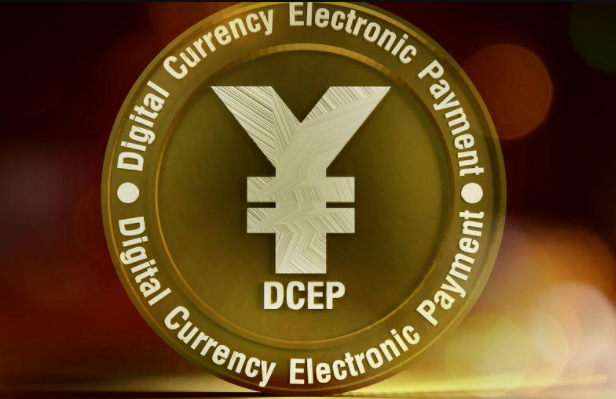 Over the past decade the digital payments market in China has developed rapidly. E-payment apps, especially WeChat Pay and Alipay, have proven that China is an early adopter and implementer in the global e-payments industry. Soon, this industry will be revolutionized once more as the People’s Bank of China (PBoC) rolls out a digital yuan, officially designated as the Digital Currency Electronic Payment (DCEP).

DCEP will be the world’s first major state-backed digital currency, or Central Bank Digital Currency (CBDC). Such currencies differ from both physical cash and traditional electronic payments in that they are digital tokens that use distributed ledger technology (DLT), commonly known as “blockchain”. The technology they’re built on  is thus similar to cryptocurrencies such as Bitcoin and Ethereum, but CBDCs are official state-backed tender, issued in a centralized and regulated manner by central banks.

Besides the PBoC, the Swedish Riksbank, Sweden’s central bank, is furthest along, although there are more than 90 other central banks actively researching CBDC technology at present. Swedish efforts to develop their own digital Krona are noteworthy as Sweden is an EU member state with free capital movements to the EU. This implies that if an e-Krona is initiated, citizens of other EU states will have access to a digital currency.

The Swedish initiative could thus accelerate more concerted efforts to develop Europe’s digital payment infrastructure and, in turn, a digital Euro. However, China’s DCEP promises to be the first major currency issued in digital form. The PBoC has been conducting research on a digital yuan since 2014, illustrating how long this area has been a priority for Chinese policy-makers. By late 2020 the DCEP was already being used in various trials launched in Shenzhen, Suzhou, Chengdu, and Beijing satellite city Xiong’an. Nonetheless, there remain a number of misconceptions and misunderstandings regarding what the DCEP represents for financial evolution.

First, the DCEP is a central bank digital currency built on DLT and cryptographic technology. It’s comparable to Bitcoin, which is also based on DLT (also referred to as blockchain technology). Such technologies promise to provide a digital currency with much greater security, practically removing the possibility of counterfeiting. All this implies much lower costs to run financial infrastructure and much greater transparency and traceability regarding financial transactions.

As in blockchain technology, the DCEP will feature DLT applications that are tamper resistant. DLT functions by decentralization. Each time a transaction occurs, entries are made in all the nodes of the system simultaneously. Since there are many nodes, and entries are irreversible, the system can be made tamper-proof.

Decentralization and anonymity are often held to be the essential attributes of Bitcoin. However, Bitcoin and other cryptocurrencies have proven to be highly volatile and are not universally  accepted as legal tender. CBDCs are taking the technological features of such currencies, but introducing measures of centralized control. These are “permissioned” systems, restricting who has access to them, as opposed to the “permissionless” systems employed by private cryptocurrencies.

A certain contradiction, or even dialectic, appears at this point. All DLT-based digital currencies are inherently decentralized, since their tamper-proof characteristics rely on a multitude of nodes “validating” all information on the blockchain. However, a degree of centralized control and management is necessary for CBDCs to function as legal tender.

The DCEP is thus a hybrid digital currency, combining the decentralized aspects of DLT with centralized management under the PBoC. Since the DCEP is permissioned, one of the attractive features of cryptocurrencies, anonymity, is not assured. The Chinese approach promotes a tiered system of permission under which electronic wallets transacting small amounts of DCEP only need to register with their cell phone number.

While anonymity is assured in small peer-to-peer transactions, cell phone numbers in China are linked to real names. Users thus remain anonymous to everyone but the state. Transferring larger amounts, moreover, will rely on registering real name bank accounts, creating a system of “controllable anonymity.” In essence, this is a tiered system of anonymity: transfers of small amounts can be anonymous among peers; larger amounts less so.

Such anonymity, in turn, is based on another feature of the DCEP. It adopts a complex multi-layer hybrid architectural design with a “two-tier operating system.” This system puts the PBoC in charge of managing the overall system and issuing actual digital tokens to commercial banks. Commercial banks then release the DCEP to the public and manage aspects of digital wallets consumers use to transact tokens. One advantage of DCEP being based on digital tokens is that money can be transferred from one agent to another independent agent without an intermediary.

Reportedly, a digital wallet that can work off-grid on battery power is in development, permitting payments even when there is an electricity outage. The two-tier operating system will also situate major nodes of the DLT system within Chinese commercial banks and other financial organizations. Authorities hold that such a system makes full use of existing resources, though it also protects existing financial institutions from becoming obsolete.

These are only a few of the innovative aspects of the DCEP. Although it employs DLT technology, it differs from private cryptocurrencies in important respects. It is very much a hybrid and aims to balance various features of DLT that can create a convenient, yet efficient and secure payments system. Anonymity is “tiered” to enable the DCEP to increase data collection and crack down on crime while maintaining privacy. Most significantly, its centralized attributes will make it an enormously powerful tool for the operation of monetary policy, and thus macro-economic management.

The introduction of the DCEP holds implications for the internationalization of the yuan, the conduct of monetary policy, and China’s overall economic strategy. I will address these important topics in future analyses. For now, my examination portrays a fundamental and deliberate initiative by Chinese authorities to revolutionize money itself.

With a new level of financial transparency and traceability, it expands the scope for monetary policy improvement. For instance, in an economic downturn central banks can much better target sectors suffering the most. Real time collection and analysis will generate a whole new dimension of economic data. This could empower central banks to directly grant funds or loans to businesses/individuals in trouble. Relying solely on the price of money (interest rates) to guide economic activity would then seem crude and outdated.

The DCEP will also speed up monetary transactions, including international ones. However, its implementation continues to face considerable hurdles, including the availability of sheer computing power, the development of artificial intelligence tools to sort and manage data, and the inter-operability of various DLT systems. The PBoC is proceeding very cautiously, first testing the DCEP in localized trials. One major test is slated for the 2022 Beijing Winter Olympics. A widespread official launch is thus most likely in 2023.

Besides technological hurdles, the launch of the DCEP will also necessitate fundamental regulatory and legal reform. Nonetheless, China’s ambition is to be the first to launch a major CBDC. Enhanced transparency and traceability with unprecedented access to economic data is then likely to reform and strengthen monetary policy in as yet unanticipated ways. Quite ironically, a technology that was invented to circumvent centralized coordination and power is now likely to trigger a substantial enhancement of monetary control and hence state authority.

CurrencyFinancial Reform
printTweet
You might also like
Back to Top
CHINA US Focus 2022 China-United States Exchange Foundation. All rights reserved.