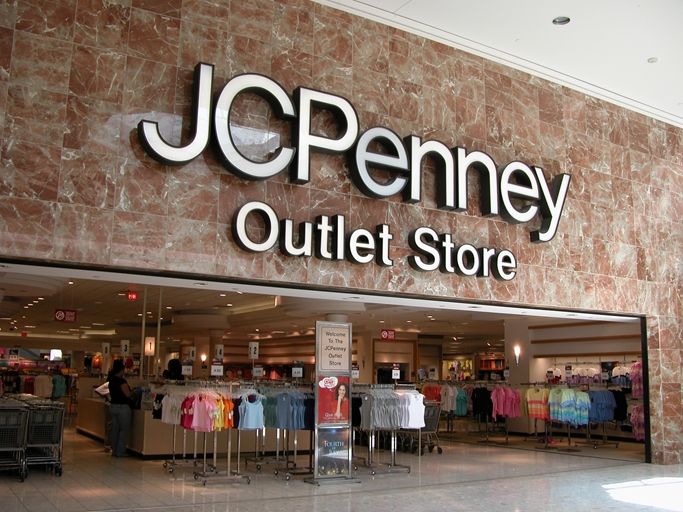 Companies with low profit margins, like JCPenney, will struggle to survive the trade war

American clothing retail companies and consumers are preparing to feel the pain of Trump's latest round of tariffs. The latest round of U.S. tariffs includes a 10% and soon to be 25% levy on items including silk, wool, cotton, and other textiles as well as handbags, gloves, hats, and some clothing categories, such as leather or fur clothing. China's tariffs are less punitive, and will fall into a range of 5-10% on $60 billion worth of goods. If the tariffs continue, additional apparel and textiles will be placed even more squarely in the crosshairs. This could be a defining moment for American companies that have struggled to stay afloat amidst increasing competition from online clothing retailers and discount clothing stores.

American multinational apparel companies have expressed great concern over the fact that tariffs will push up their costs. Some of these companies are looking to move supply chains away from China in order to avoid the ever-growing list of Trump’s tariffs, but this is a tall order: identifying, vetting, and contracting with a new supplier takes about two to five years. Some companies are turning to countries like Vietnam and Cambodia, which have far lower labor costs than China and have not been caught up in the trade war. Reportedly, companies like Steve Madden and Puma have been seeking to shift their operations out of China to avoid the tariffs.

However, revamping manufacturing operations and supply chains for American apparel businesses producing overseas would require a huge shift, as over 40% of clothing imports into the U.S. and over 70% of footwear imports come from China. There are many reasons that the companies are producing in China in the first place, rather than in the United States. China produces many fashion components, such as zippers and buttons. The country has a large, skilled labor force that is well trained in producing an extremely wide range of garments. Its logistics industry and infrastructure are well developed, which means that goods can move from production to sales almost overnight. China also has easy access to inputs from other countries. Moving to a country that is affordable (meaning it has low wages) often means building factories from scratch and attempting to make do with a subpar logistics system.

The retail industry is subject to low profit margins in the first place. Some companies that already have even lower profit margins, like JCPenney, will struggle to survive. A lot of clothing sellers have found it difficult to compete with discount retail stores like TJ Maxx and Marshall's. Other brick and mortar stores have struggled to remain afloat due to heavy competition from less cost-intensive online retailers. The question is whether retail stores will eat the extra costs of the tariffs or pass them on to the consumer and risk losing business. Either way, apparel stores stand to lose. Some businesses may be forced to shutter offline locations in order to bring down costs.

It is likely that, particularly with the likely imposition of further tariffs that affect a greater range of apparel products, most American producers will be affected. How profitable the company is in the pre-tariff stage and how it adapts to the tariffs, as well as how customers react to the tariffs, will determine which firms survive and which fail. For so long, apparel manufacturers had viewed not being located in China as a liability – now all of that has been reversed. There are very few American companies, like Michael Stars and American Apparel, that source and produce apparel entirely in the U.S. at this point.

As the tariffs mount and trade negotiations remain stalled, consumers are about to become some of the biggest victims of the trade war. Businesses will likely have to pass on the tariff costs, or at least part of them, since 25% of the imported value is a large amount. At this point, the U.S. has placed levies on about half of all Chinese imports. Walmart and Target both have warned the Trump administration that they are going to have to raise prices. In a letter to Donald Trump and the U.S. Trade Representative, Walmart's senior director for global government affairs Sarah Thorn expressed concern over tariffs on 6,000 products, including handbags and travel bags. Additional tariffs would be even more devastating for apparel consumers and multinational producers.

Even though the U.S. economy is booming at the moment, there is no guarantee that this will last. The trade war will contribute to a lower standard of living for millions of Americans, and job losses could be in the works. Some analysts have suggested that China is waiting until after the November mid-term elections to engage in negotiations with the U.S., although no plans have been made public at the moment. If the trade war isn’t dialed down soon, its effects will get ugly very quickly. The U.S. fashion industry, like other sectors, will certainly suffer.