US Should Collaborate with China to Assist Africa 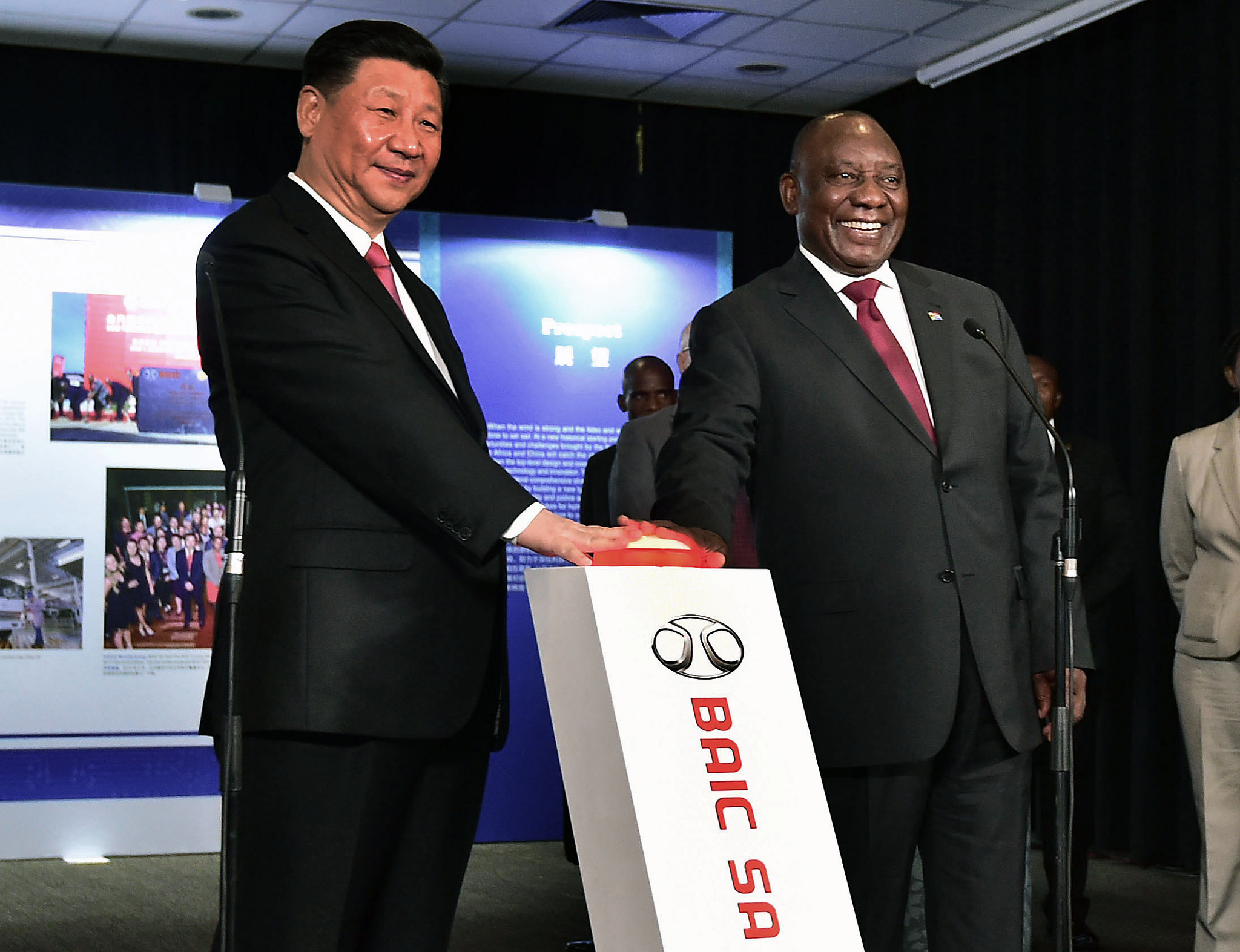 According to an October 22 VOA report, the Trump administration will soon come up with a new Africa strategy, which will focus on investing in and creating jobs on the African continent, aiming to outperform China in bringing  prosperity to Africa. It certainly is good for the US to be willing to help Africa. Yet the reference to China, along with State Secretary Pompeo’s statement the other day that the US will undo Chinese influence in Africa and have Africa adopt an “American model”, remind us that if the US is truly into helping Africa, it must rectify its stance and correct three mistakes.

First, refrain from words and deeds that overlook or despise Africa, and be less utilitarian. During the Cold War, Africa used to be an important battleground of US competition with the Soviet Union. In the 1960s, at the peak of the African independence movement, the two countries raced against each other to establish diplomatic relations with newly independent African nations, and US aid to Africa rose to 10% of its overall foreign aid from 1% in the 1950s.

After the Cold War, Africa became unimportant to the US. The past few US presidents have been less and less interested in Africa. George W. Bush once created the “President's Emergency Plan For AIDS Relief” worth billions of dollars. Despite his African lineage, Obama offered no substantial aid, though he visited the continent five times, and was hence criticized for “losing Africa”. Things got worse under Trump, who cut US foreign aid by $3 billion as soon as he assumed the presidency, Africa was naturally one of the foremost victims.

These years, US investments in Africa account for about 1% of all US overseas investments, most of which are in such fields as petroleum and minerals. Few are in infrastructure thanks to the belief that infrastructure construction is not only unprofitable, but also dangerous. Now the US is to draft a new Africa strategy. No matter what is to be said, as long as American contempt of African nations persists, such claims as “bringing prosperity and practical benefits to Africa” will end up being empty talk.

Second, change behaviors that impose an “American model” on Africa and attach political conditions to economic assistance. The US has consistently added conditions to its economic assistance to Africa. For example, in 2006, the US Agency for International Development published the “Strategic Framework for Africa,” which clearly stated three principles for aid to Africa: humanitarian needs, foreign policy interests, and African countries’ commitments and their reform process. Some analysts have observed this means the US will put more emphasis on the domestic political indices of recipient countries, and link economic assistance to promoting democracy, as well as facilitating African reforms following US instructions. Some analysts have pointed out early on that the development model the US has proposed for Africa is actually the “Washington consensus,” i.e. political democracy, economic privatization, and reducing government intervention. Some comments have put the three core drivers that formulate the “American model” as: politics drives economy, economy drives military, military drives politics. Of course people don’t want the US’ new Africa strategy to be old wine in new bottles.

National conditions of African countries are dramatically different from those of the US. Conditions are divergent even between African nations, measures effective in the US may not necessarily work in Africa; some may even have the opposite outcome to the one intended. Therefore, people worry that if the US insists on promoting “American model” in Africa in a uniform manner, it may sabotage the fine momentum that has just emerged in Africa in recent years, and disturb the continent’s normal process of development. For Africa, the most effective assistance should be free of any additional conditions, intervention, and in conformity with Africa’s present needs and long-term development.

Third, correct behaviors that stigmatize China and sow discord between China and Africa. Surrounding China-Africa relations, the US has produced many labels stigmatizing China, such as “neo-colonialism,” “resource plundering,” and “debt trap,” in a bid to defame China, alienate China from Africa, and reduce Chinese influence in Africa. Since they have deviated too far from facts, such claims have not only been rebuffed in Africa, but are also questioned in the West. Through long-term, large-scale surveys and research, the World Bank, the Brookings Institution, and Pew Research Center have found that Chinese investments in Africa account for about 3% of the stock of foreign direct investments there, less than Western investments in the region; Chinese investments in Africa are not limited to the resource fields, those in services and manufacturing are increasing with each passing day; Chinese firms are placing increasing weight on the broader social effects of investments; over 70% of African interviewees are in favor of Chinese investments. If they truly want to do good in Africa, the US authorities should look at China-Africa relations with a cool head. Over the past decades, from supporting African national independence to economic development, China has always been on African countries’ side, cultivated deep-rooted friendship with them, and been praised by the latter as an “all-weather friend.” There are such sayings in Africa: whoever wants to defame China will only end up ruining their own reputation; whoever sows discords between China and Africa will only lose the African people’s trust. These are useful reminders for the US.

Some US media outlets have said Africa must disassociate from China in order to develop themselves. The US government must not take this seriously. China has helped Africa build its infrastructure, including over 5,000 kilometers of railways, about the same length of highways, more than 10 ports, and more than 10 airports. Some people assert that if the US wants to succeed in Africa, it cannot go without taking advantage of such Chinese contributions.

Africa is eager for development, needs foreign aid, and hopes the US forsakes its confrontational mindset, engages in some degree of cooperation with China, and lives up to the expectations of the African people.

Africa China RelationsUS-Africa Relations
printTweet
You might also like
Back to Top
CHINA US Focus 2022 China-United States Exchange Foundation. All rights reserved.