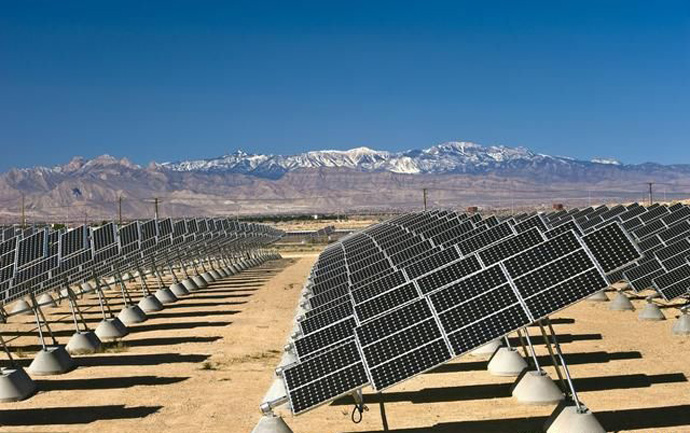 The China-US tariff war is ongoing, and the global solar industry has become subjected to its rippling impacts. In January 2018, Trump imposed a 30% tariff on imported solar panels to combat and compete with China’s booming solar industry and ease American producers’ concerns. However, the tariff may ultimately harm American solar panel producers more than their Chinese counterparts.

China’s solar industry is only expected to expand. The PRC’s National Energy Administration has already promised to invest 360 billion dollars in renewable energy by 2020, a large portion of which will go towards solar energy. In 2018 for every dollar the US put towards new renewable energy, China put in $3.00. China’s blossoming renaissance in green technology has US manufacturers increasingly concerned. This has become a driving factor behind Trump’s tariffs on the Chinese solar industry.

Chinese solar panel manufacturers have an approximately 20 percent cost advantage over American solar panel manufacturers. Even when energized, the US solar industry struggles to compete with China. The year 2016 was praised in the US as the best year on record for employment numbers in solar energy, with a total of 283,700 jobs. The same year it was estimated that solar energy provided over 2.5 million jobs in China.

Action against Chinese exported solar panels and parts began to take place in 2012 when the US imposed steep tariffs on Chinese-made solar panels. The tariffs were a response to an increasing number of complaints raised by US solar panel manufacturers to the US Department of Commerce. The US Department of Commerce reprimanded China and accused the government of purposely flooding the solar market. In 2017 the US informed the World Trade Organization that it would begin to impose tariffs on imports of solar panels from other countries as well, alleging that Chinese companies have opened production facilities in foreign countries to get around import restrictions. Ultimately due to a loophole which allowed Chinese manufacturers to export from other countries such as Taiwan, the 2012 tariffs had little impact on the Chinese solar market, which still managed to thrive. Then in January 2018, the Trump Administration announced a 30 percent tariff on solar panel imports from China. The new tariff was meant to limit Chinese solar producers’ access to the US market severely. However, the tariffs are not impacting those it was expected to affect.

American citizens and companies have taken a hit from the tariffs, and the cost of solar installations in the US has significantly increased. American solar companies rely on Chinese manufactured solar parts to reduce their expenses. Most of the panels installed in the United States are made in Asia, including panels produced by the US based SunPower Corp. The 30% tariff has therefore increased the cost for American solar manufacturers to produce and install panels. According to Reuters, the average home solar installation is expected to grow from $500 to $1000 dollars. The negative impacts felt by US utility-scale developers are expected to be even worse. Already it has been revealed that US companies will be canceling or putting a hold on $2.5 billion in large scale solar installation projects due to the increasing cost of imported solar panels. In 2018 Pine Gate Renewables only completed half of the 400MW of solar projects it had planned and halted its hiring of 30 new employees.

Before the implementation of the tariffs, industry leaders such as the Solar Energy Industry Association’s President and CEO Abigail Hopper warned of the potential damage that could be caused: “The current solar market, including its production and trade patterns, was both foreseeable and predicted by experts across the globe. What’s also been predicted are the inevitable job losses in the US and economic harm if tariffs are imposed on one of the fastest-growing industries in America. We urge the president to put America first and say no to solar tariffs.”

In total, under the Trump Administration, the US solar sector has lost almost 20,000 jobs. Meanwhile, according to the IRENE Renewable Energy and Jobs 2018 Report, China’s solar industry has continued to expand by 13% over the previous year. According to the report, the total number of jobs in renewable energy climbed from 3.6 million jobs in 2016 to 3.8 million in 2017, a growth of 5%. The report stated the increase in renewable jobs was “entirely due to the continued expansion of the solar PV sector.”

China’s continued success is due to its access to solar markets outside of the US. In August 2018, China cut subsidies for domestic solar installation. The cut in subsidies resulted in a flood of low-cost Chinese manufactured solar panels into the global market. The same year the European Union ended restrictions on the sale of Chinese solar panels. Eric Luo, the president of GCL System Integration Technology Co, one of China’s leading solar manufacturers, stated that overseas business would still account for 75 percent of GCL’s solar panel shipments in 2019.

However, American solar producers still have hope. After lobbying for months in September 2018, SunPower received exemptions from Trump’s tariffs sending the company’s shares up 15 percent.  The tariff is also percentage based, which means its adverse impacts will decline as the prices of imported solar products shrink each year. The cost of imported solar panels has steadily fallen every year between 2 and 6 percent in the past several years. Additionally, the tariff will drop 5 percent each year.

Ultimately, solar tariffs have hindered the American solar industry, but its ups and downs are expected to continue.