What Does Meng Wanzhou’s Arrest Mean for the Tech Industry? 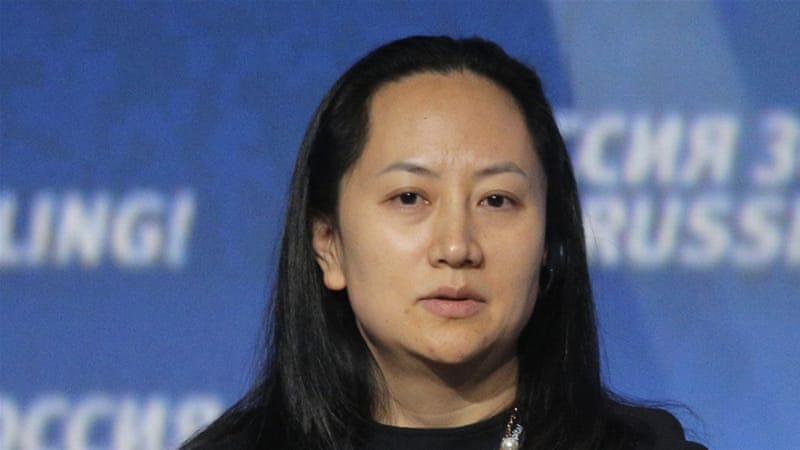 Huawei CFO Meng Wanzhou was arrested in Vancouver on December 1st on the grounds of alleged financial fraud. The U.S. Department of Justice issued these charges in order to give Canada a legal pretext to extradite her to the United States, where she could face charges of helping Huawei evade U.S. sanctions on Iran. Unfortunately for her, Meng Wanzhou sits at the intersection of this administration’s harsher Iran policy and its desire to protect U.S. corporations from international competition. Her arrest is yet another blow in the ongoing trade war between the U.S. and China, aimed at disciplining Huawei for continuing to do business with Iran and gaining leverage over one of the major international competitors of U.S. technology companies. Wanzhou’s arrest prompts two important questions: First, what are the immediate implications for Huawei and the rest of the tech industry? Second, what are the wider implications for U.S.-China trade and technological competition?

The recent arrest drama is only the latest act in the U.S. government’s ongoing struggles with Huawei. In 2012, a House Intelligence Committee report alleged that Huawei and ZTE posed a potential threat to U.S. national security. Both Huawei and ZTE are Chinese companies that manufacture and service telecommunications infrastructure, equipment, components, and smartphones. This year, the U.S. government and government contractors were banned from using equipment that contains components manufactured by either Huawei or ZTE. U.S. agencies have alleged that these Chinese firms could pose a threat by compromising U.S. communications infrastructure or assisting in espionage. Perhaps this concern is somewhat warranted, given that the U.S.’ NSA has routinely tampered with U.S.-made products to enable its own spying.

Indeed, it is entirely possible that U.S. intelligence agencies genuinely view Chinese telecommunications companies as a potential threat and want to limit U.S. domestic exposure to Chinese products on those grounds. However, it is impossible to separate recent U.S. actions against Huawei from the larger U.S-China struggle over trade and technological competition. This year, Huawei surpassed Apple in its global smartphone market share, becoming the second-largest smartphone provider in the world. While Huawei is still partially-reliant on some U.S. producers, it has made major investments in research and development to create its own chipsets for its mobile devices. Earlier this year, a U.S. ban on sales of microchips to ZTE almost crippled the company, forcing it to pay a $1 billion fine to avoid a potential bankruptcy. Huawei’s forays into producing its own components will make it more independent from U.S. sources, something the U.S. government and U.S. corporations likely view as a serious economic threat.

What Meng Wanzhou’s arrest means for Huawei fundamentally depends on what U.S. intentions are. Wanzhou could be used as a bargaining chip, with the administration perhaps even agreeing to drop charges in exchange for trade concessions from China. The U.S. could also seek to put pressure on Huawei directly, either to enforce its priorities vis-à-vis Iran or shore up the position of U.S. competitors, like Apple, in the international market. If the situation continues to escalate and both sides refuse to give ground, we could see the U.S. place additional pressure on Huawei by blocking purchasing from or sales to the company, as we witnessed with ZTE. However, as some have already commented, Huawei is better-positioned than ZTE to weather such a ban and as such is not as vulnerable to that form of pressure.

As I have already hinted at, this recent arrest is only one move in a much larger struggle about the relative position of U.S. and Chinese firms in the international market. U.S. firms have long enjoyed technological superiority over most competitors, but Chinese firms are catching up. China has, unlike most other developing countries, escaped the dependency trap described by the development theorists of the 1960s and 70s. U.S. complaints about Chinese intellectual property policy are fundamentally about trying to shore up its own technological advantages in the hopes of strengthening the competitive position of major U.S. firms. But, as exemplified by the recent expansion of Huawei’s technological capacities, these moves are too little, too late.

Suffice it to say that that announcements of a ‘ceasefire’ in the U.S.-China trade war do not foretell a lasting peace. The fundamental issues at stake are too substantial to be papered over by relatively minor concessions, and furthermore, it is unlikely that the U.S. would have pushed for Wanzhou’s arrest unless it intended to gain further leverage in future disputes with China. What this means for the tech industry is that international agreements, specifically between U.S. and Chinese firms, are likely to become more and more complicated as companies face political pressure and restrictions from their respective governments. As has been the case so far, much of these restrictions will come from the U.S. As I suggested earlier this year, the use of state power to restrict mergers and trade between U.S. and Chinese firms is likely to increase.

Other commentators have already drawn parallels between today’s trade competition and that of an earlier era. In the late 19th and early 20th centuries, competition between the firms of the major capitalist powers prompted a rise in protectionist barriers like tariffs. Economic competition mirrored and exacerbated politico-military competition, leading to the partial breakdown of free trade in the prelude to the First World War. As recessionary indicators loom on today’s horizon, we should take care to remember that trade wars need not be limited to trade over the long run.

HuaweiTrade War
printTweet
You might also like
Back to Top
CHINA US Focus 2023 China-United States Exchange Foundation. All rights reserved.