What the U.S.-China Trade War Means to Farmers 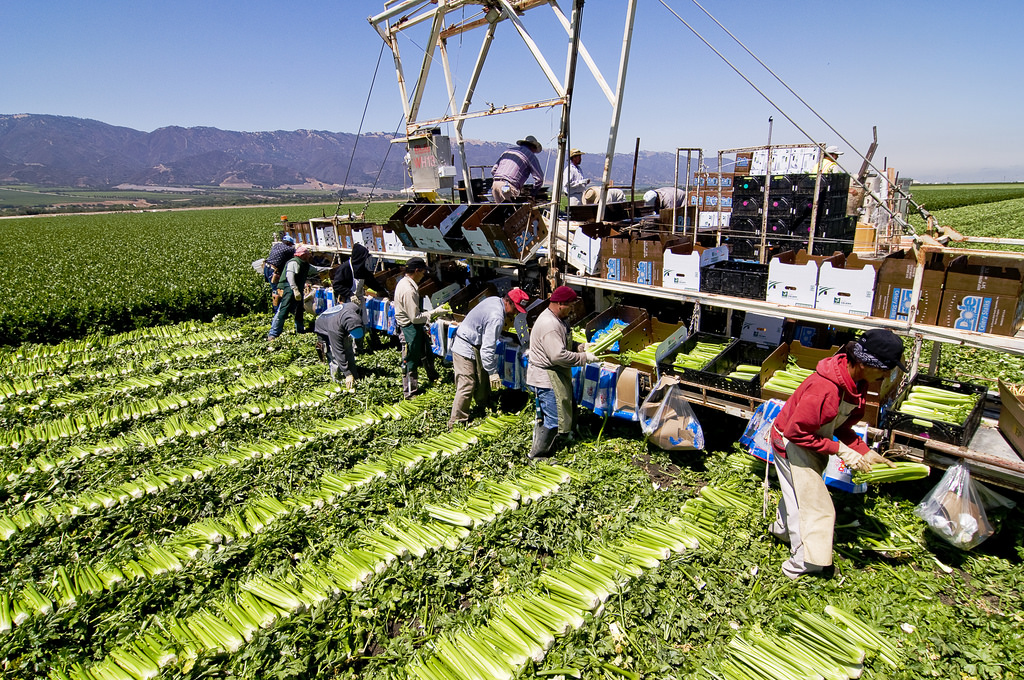 President Trump broke from the administration’s aggressive stance on China by lifting sanctions on Chinese telecommunications firm ZTE. This decision may have been due to China’s announcement of retaliatory tariffs on agricultural goods: tariffs that significantly impact the livelihoods of the U.S. farming community, one of Trump’s biggest supporters.

Despite objections from his own defence and economic advisors, Trump chose to entertain Chinese President Xi Jinping’s personal request that he intervene and in doing so, saved ZTE from a seven-year ban that would have prevented it from doing business in the United States. Many leaders in the Republican Party have expressed dissatisfaction with what they see as the president’s concession to ZTE, after his series of highly publicised threats, first announcing a 25% tariff on Chinese products, and then increasing this with tariffs on an additional $100 billion worth of Chinese goods. What inspired this drastic shift in policy?

China’s economy is largely export-driven, and in 2017 the country had a $275.8 billion surplus with the U.S. A trade war with the United States would lead to unemployment in the millions, and the closure of factories, inevitably hitting the Chinese economy hard. The Chinese government reacted to the Trump administration’s threats by promising to impose counter-tariffs on agricultural products – such as a 25% tariff on soybeans – and began to rapidly cut down on purchases from the U.S. At the same time, China has offered to buy $70 billion worth of energy, agricultural, and manufactured products from the U.S if the Trump administration suspends its threats to place tariffs on Chinese exports.

Uncertainty and anxiety over whether China and the U.S. are heading into a trade war has hit President Trump’s base – states where the agricultural industry is heavily concentrated – particularly hard. There has been an almost 20% drop in support for Trump in the farming community. Underscoring the anxiety Trump’s actions on trade are causing for farmers, Gordon Stoner, former president of the National Association of Wheat Growers, said, “As Trump’s rhetoric becomes a reality, rural America is coming to realize the potential economic impact on their check book, and may vote accordingly.” Even Sarah Huckabee Sanders, the White House Press Secretary, has been unable to provide more information on whether tariffs on China will become a reality than, “We’re in the negotiation process.” Heavily dominated by Republican voters, the U.S. farm belt has produced nearly $140 billion worth of agricultural exports annually since 2010, providing American farmers with a great deal of influence in the White House. Ignoring these voices now, as they voice concern about retaliatory agricultural tariffs from China, could doom Trump’s chances of re-election.

China is the world’s largest consumer of soybeans; more than half of those grown in the U.S. are exported to China. It’s clear from China’s efforts in recent months to bolster its internal agricultural output that its threat of retaliatory tariffs on soybeans is not one to be taken lightly. According to Evelyn Cheng, the Chinese government has ordered farmers to more than double their soybean acreage in some provinces and has committed to providing the assistance and knowledge necessary for them to do so. China’s agricultural ministry has predicted that China’s soybean acreage will increase by 7.8% in the 2018-2019 market cycle. The government likely hopes that these measures will allow China to cut its soybean imports for the first time in fifteen years. This came full circle, when on June 15, China announced that it would impose a first round of tariffs on $34 billion of U.S. agricultural products as well as cars. China has also threatened to place tariffs on natural gas and coal, and analysts worry about China making moves that would threaten the crude oil and automotive industry.

Well aware that the agricultural market in the U.S. relies on solid export demand from China, many farmers in rural America have expressed concern over the president’s policies. A drop in soybean prices has pushed residents in primarily agricultural states like Iowa to turn to their senators for help. Charles “Chuck” Grassley, a Republican and a farmer himself, has been quoted as saying that if trade negotiations with China don’t work out, “it’s going to be catastrophic for agriculture.” In response to the farming community’s growing alarm, Trump pledged in April that the federal government would step in to support agricultural prices and the farmer’s livelihoods if the prices of major exports such as soybeans and corn were negatively impacted by retaliatory tariffs. “[Farmers] understand that they’re doing this for the country. And we’ll make it up to them,” President Trump said at the White House. “In the end, they’re going to be much stronger than they are right now.” This promise, however, has been met with scepticism. According to the South China Morning Post, “Beijing’s announcement came less than 12 hours after the U.S. released its list of $50 billion worth of Chinese products subject to tariffs.” Concerns are along the lines of: “Who’s going to pay for this?...You’re talking billions of dollars,” said farmer Grant Kimberly to The New York Times. “We don’t want help from the Treasury. We want free and open markets.”

An important point to consider is that the federal governments of both countries are not necessarily the only link between the U.S. and Chinese farming communities. According to the New York Times, Iowa and China’s Hebei Province have been ‘sister states’ since 1985. Chinese President Xi Jinping has personally visited large farms in the U.S., and prominent farmers have visited China to promote their goods. With even Trump’s own advisors dissatisfied with his approach to the ZTE scandal and Chinese tariff talks, farmers may begin to look elsewhere to secure their futures.

One thing remains clear: despite the confusing messaging on President Trump’s Twitter account and a lack of clarity from the White House, Trump is confident the trade issue will be resolved. On June 4, he tweeted, “Farmers have not been doing well for 15 years. Mexico, Canada, China and others have treated them unfairly. By the time I finish trade talks that will change. Big trade barriers against U.S. farmers, and other businesses, will finally be broken. Massive trade deficits no longer!” While Trump seems confident the issue will be resolved, with primaries coming up in November, the real question is whether this confidence is shared by his voter base.