Along the China-DPRK Border 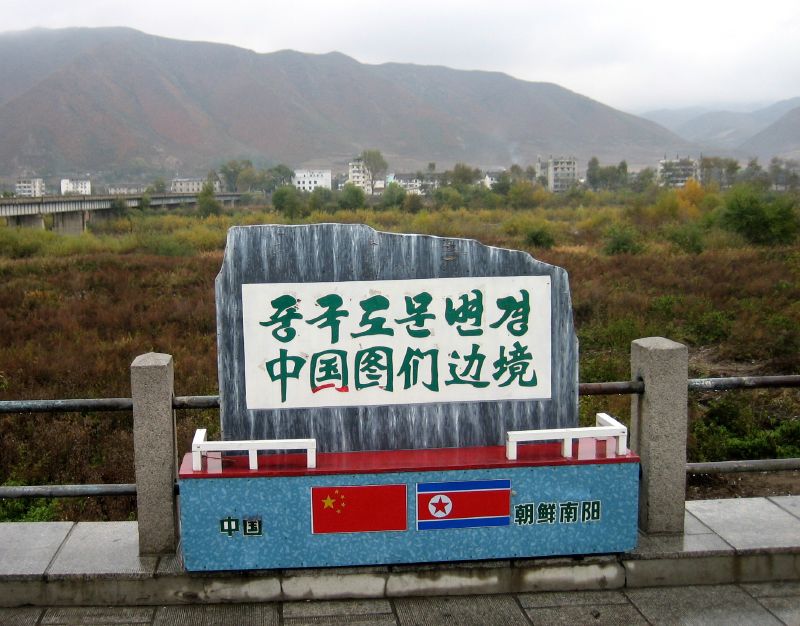 This August, I spent eight days traveling along the China-DPRK border on the Chinese side. I visited several places and met some local scholars and officials. This experience brought me some new feelings and impressions that I would like to share.

What impressed me first is the economic development of Liaoning and Jilin, the two provinces neighboring the DPRK which are suffering from the international sanctions against it. Especially after China strictly implemented the UN Security Council resolutions, trade activities with the DPRK were sharply reduced.

The fall in economic vitality hits local people, even those living in Dandong, the biggest and most dynamic frontier city in Liaoning Province. They blame their difficulties on the sanctions against the DPRK. It is hard for decision makers in the government to neglect such appeals.

The trading volume between Dandong and the DPRK in the first six month of 2018 is no more than ¥3.69 billion, a 61% decrease compared to the same period last year.

Travelling along the border, I inhaled peaceful air while overlooking the villages and hills of the DPRK on the other side of the river. But I also noted endless fences of barbed wire erected by frontier guards on both sides to block residents from daily activities like fishing and riverside land cultivation. Some Chinese officials and villagers complained that since the DPRK used instruments along the border to detect and jam electronic transmissions for national security reasons, some places on the Chinese side suffer from cell phone signal problems.

It is said that in some port towns and villages in the Jilin Province facing DPRK, like Tumen, the vacancy rate of houses is as high as 30%. In Hunchun, there are newly built industrial parks with few people working inside.

What’s more striking is that almost all the people I met are not optimistic about the DPRK’s denuclearization. In their understanding, although the DPRK has shown a willingness to abandon nuclear capabilities，the U.S. fails to show sincerity by providing the DPRK with security assurances. What’s worse, the U.S. presses the DPRK to abandon its nuclear program in a timeframe that is technically impossible.

Some scholars share my worries that the deterioration of China-US relations will have a negative impact on the Peninsular issue. If all parties can motivate themselves to do their best at the right time, they may formulate a peace process starting from guaranteeing security by giving up nuclear arms.

Some Chinese scholars urged Chinese decision makers to formulate a clearer Peninsular strategy that could help China have deeper involvement and influence. They also suggested that the government should work out China’s own solution for peace making, including a design for how to help DPRK achieve denuclearization. In their opinion, the first step should be dismantling the DPRK’s capability to develop nuclear weapon; the second step should be giving up its stockpiles of nuclear weapons, as well as missiles, munitions, and materials that were used to make nuclear weapons.

Another impression is that the window of opportunity for revitalizing Northeast Asian regional cooperation has been reopened thanks to the DPRK’s strategic adjustment, amelioration of its relations with China, the U.S., the ROK, the restart of China-ROK-Japan cooperation, and the effects of the U.S. trade war with China. This may be the last chance.

However, the DPRK will remain in a position to destabilize Northeast Asian regional cooperation if it is not incorporated into the international system. Now that UN Security Council sanctions have covered almost all the DPRK’s foreign trade items, it’s hard for its surrounding countries to contribute even if they hope to support the DPRK’s reform.

The fourth impression is that almost all the people I met believe in the sincerity of the DPRK regime to focus on economic development and the improvement of people’s livelihood. They also feel this way after so many years of efforts to introduce the concept of a market economy. People in the DPRK have accepted market logic in their daily life as inescapable.

The leadership of the DPRK has realized that nuclear weapons are not everything. Yet, it is unlikely that it follows the Chinese model to embark on a path of all-round reform and opening. Rather, it is more likely to focus on developing a number of economic zones and actively engage in migrant labor.

We note that Kim Jong-un’s itinerary in the past month and a half has been fully occupied by all kinds of domestic inspections to economic development zones, factories, and people’s livelihood facilities, which sends strong signals that he is determined to exchange his nuclear program for economic development.

We also noted that both the ROK and Russia are preparing for their future involvement in the DPRK’s economic reforms. Russia focuses on the DPRK’s natural resource development, ports, and the building of scientific research capacity. The ROK focuses on the future industrialization and infrastructure improvement of the whole Eastern coast along the Peninsular.

Hopefully, all parties will not miss this chance; it may only come along once.

North KoreaKorean Peninsula
printTweet
You might also like
Back to Top
CHINA US Focus 2022 China-United States Exchange Foundation. All rights reserved.