Are China and the US in a New Cold War? 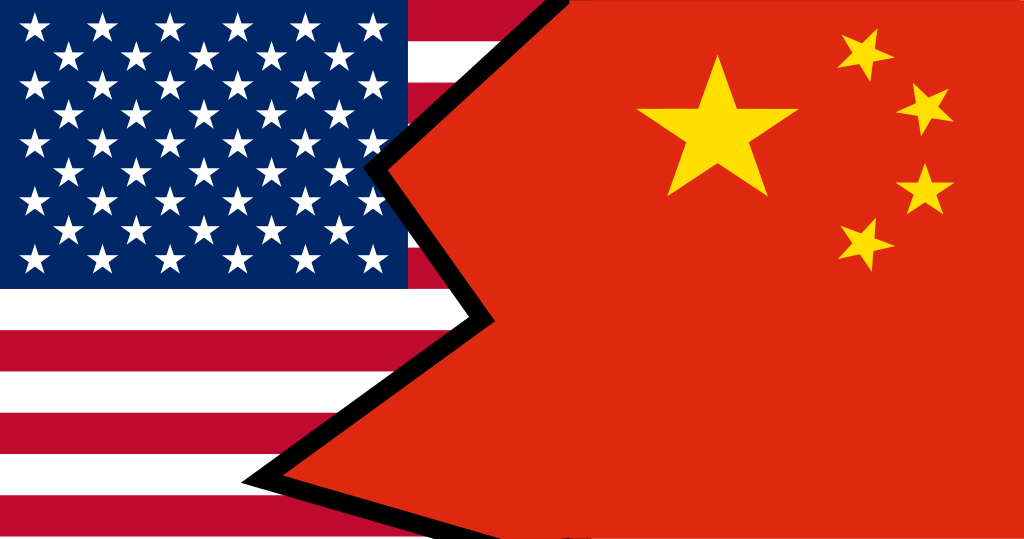 Talk of a new Cold War has been heard frequently in geopolitical circles recently in reference to relations between major powers, particularly between China and the US. Some have even claimed that the two nations are already in the Thucydides Trap, which occurs when a rising power challenges a ruling one. This clearly exaggerates the differences and friction between China and the US. Nonetheless, certain political forces are doing their best to push US strategy in the direction of hostile confrontation with China.

The negative impact this new Cold War theory is having on China-US relations at multiple levels should not be discounted. A calm, in-depth analysis of this argument will help us grasp some of the outstanding challenges facing China-US relations and identify ways to put them on a more positive footing.

To a large extent, this new Cold War theory has arisen from the US and China’s differing definitions and perceptions of the term “new era.” In October 2017, in its political report to its 19th National Congress, the Communist Party of China proposed that socialism with Chinese characteristics had entered a new era. Also in the report, the Party stated that the success of the socialist path with Chinese characteristics offers a new option for other countries and nations who want to speed up their development while preserving their independence; and it offers Chinese wisdom and a Chinese approach to solving the problems facing humanity.

However, many Westerners have deliberately misinterpreted China’s strategic intentions, erroneously assuming that it is bent on geopolitical expansion and increasing its ideological influence as it seeks to replace the old era of the US with the new era of China.

The Trump administration released its first National Security Strategy since coming to power in late 2017, which claimed that the US is facing a new era of global competition. It clearly identified China as an adversary and revisionist, stating that the strategy of trying to integrate China in the international community over the previous decades had been a mistake. Clearly, “new era” has a very different meaning to the Trump administration than the meaning it is ascribed in China, with the former emphasizing competition and confrontation.

Without a doubt, there is a significant backstory to this shift in the US’ China strategy. Notwithstanding fundamental differences in their understanding of the new era, world politics is entering a new period characterized by post-Cold War, post-(financial) crisis and post-Western phenomena. Profound shifts in the international order and in China-US relations are intertwined, making it more difficult to maintain a stable relationship between the two countries.

Within this context, some people have attempted to frame the discussion on China-US relations in terms of a new Cold War. The Cold War was the name given to the half-century confrontation between the US and Soviet Union following the Second World War. This zero-sum confrontation based on ideological leanings created disparate factions and had immense repercussions for the rest of the world. The new Cold War has a number of similar features to the original Cold War, such as rivalry between great powers and ideological differences, but there are obvious differences between the two.

Third, the Cold War was framed as a struggle between the ideologies of capitalism and communism, but the new Cold War is more of a struggle between different development models, with social media and other technologies allowing major powers to exert political influence over rivals.

Fourth, there were clear divisions between the two opposing camps during the Cold War, but in the new Cold War rivals can also be friends, economic partners can be security rivals.

Moreover, the new Cold War is characterized by intense competition among the major powers for control of public domains such the as oceans, the Internet and outer space, with contests largely concerned with controlling connectivity and rules rather than territory.

Looking at the current state of China-US relations, it is far from clear that the two countries are locked in a new Cold War. Despite the Trump Administration adopting aggressive economic and trade policies toward China and sanctioning a series of confrontational maneuvers in the Taiwan Strait and South China Sea, China-US relations remain stable overall, as illustrated by the two sides’ recent joint efforts to resolve the North Korean nuclear issue. Nevertheless, the new Cold War theory does serve as an important warning for the long-term development of relations between the two powers. As such, both sides need to pay attention and respond to the following prominent challenges in their bilateral relations.

First, the Trump administration is engaging in a trade war and employing technological warfare against China. It has continuously tightened restrictions on Chinese investment in the US and used the economic interdependence of our two countries as a bargaining chip. The long-term overall impact of this economic and trade game on China-US relations cannot be overestimated. Understandably, there is concern that economic decoupling between China and the US will result in greater confrontation between the two countries.

Second, China and the US should step up efforts to develop positive interactions in the Indo-Pacific region, especially with regards to handling the relationship between China’s Belt and Road Initiative and the US’s Free and Open Indo-Pacific Strategy. Since the Trump administration announced its strategy for the region in November 2017, it has constantly refined it and taken steps to make it operational, including renaming the US Pacific Command as the US Indo-Pacific Command as well as creating substantive links with Japan, Australia, and others in fields such as energy and infrastructure.

Third, some in the US have speculated that China is seeking to infiltrate educational institutions in Western countries in order to expand its political influence and have also accused it of using the Belt and Road Initiative to export its government-led development model to other countries. US congressmen Marco Rubio and Tom Cotton have demanded investigations of Chinese government agents in the US as well as efforts to restrict Chinese political influence on the media, think tanks and colleges. These moves have been referred to as a new form of McCarthyism.

All told, the phrase “new Cold War” is not an accurate description of the current state of China-US relations; however, the negative impact of discussing relations in such terms should not be ignored. Just as the Iron Curtain divided the world into opposing factions after the Second World War, some political forces are now attempting to create a glass curtain between China and the US. Historically, great powers have often sleepwalked their way into confrontation and even war. China and the US need to be vigilant toward the new challenges in their bilateral relations, maintain strategic restraint and change the pattern of their interactions if they are to avoid unthinkingly entering a new Cold War.

Cold WarU.S.-China Rivalry
printTweet
You might also like
Back to Top
CHINA US Focus 2022 China-United States Exchange Foundation. All rights reserved.