Can China and the US Transcend Thucydides’ Trap?

According to Thucydides, an Ancient Greek historian and author of History of the Peloponnesian War, the rise of a big power is usually accompanied by a mortal war against the ruling power. It was the rise of Athenian power and the fear it inspired in Sparta that ultimately made the Peloponnesian War inevitable. That is the “Thucydides’ Trap” people have been worrying about. 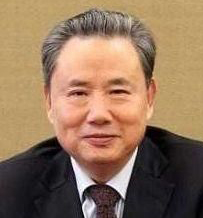 Recent studies by Harvard University scholars also indicate that since 1500, 11 of 15 cases of power transition between rising and ruling powers ended in war.

Why will China’s rapid progress and the great rejuvenation of the Chinese nation transcend the historical fatalism of the “Thucydides’ Trap”? Why is it possible for the rising China and the present-day world’s sole superpower, the United States, to avoid an all-round showdown in the form of war?

This is not the outcome of China’s one-sided benign wishes. Nor is it that of the mercy and benevolence of the hegemonic United States. The essential changes in the conditions of our time make it possible for the transition of power between China and US to be peaceful. And it has to be peaceful.

There are two unprecedented realities in our time: The first significant reality is that, different from the mutually isolating and antagonistic relations between big powers in the past, with globalization deepening, interests of countries, those of major powers in particular, are increasingly interdependent. The global village is increasingly becoming a community of common destiny. The subsistence and development of all countries are closely interconnected. One country’s gain may not necessarily be others’. But one country’s loss will definitely not just be its own.

Though China’s progress has inspired fear of the decline of American hegemony, the United States has at the same time pinned its hope of getting rid of the economic crisis on China’s tremendous market. Former US Assistant Secretary of Defense for International Security Affairs and famous scholar Joseph Nye wrote in a recent article that the increase in contemporary power should be looked at from a “positive sum”, rather than “zero sum”, perspective. “In other words, there may be times when a more powerful China is good for the US (and for the world).” The decline of American hegemony is definitely not caused by China. Just as British scholar Arnold Toynbee pointed out, the decline of an empire derives from its excessive outward expansion and worsening internal troubles. Instead of challenging the United States, China’s development is winning both time and space necessary for the soft-landing of American hegemony.

The second significant reality of our time is that, thanks to scientific and technological progress, the development of means of war has surpassed the need of the purpose of war. The efficacy of war is on the decline. As a military superpower, the United States has the present-day world’s largest war apparatus. American stock of weapons of large-scale destruction alone suffices to destroy humanity dozens of times. And once is enough to annihilate us all. Despite the considerable gap between Chinese and US militaries, China’s existing defense forces and strategic counterstrike capabilities suffice for equivalent destructive counterattacks against any aggressor that harms its national security and core interests by force. In spite of its military superiority, the United States has no guarantee that itself can escape destruction or unaffordable consequences when destroying others. It is safe to say there will be no winner in an all-round war between China and the United States. China’s ascend will surely suffer a severe blow thereof. But it will also be out of question that American hegemony will become a thing of the past. This certainly is not the outcome Americans want.

Nothing can hold back China’s advancement and the nation’s rejuvenation. China will continue to grow stronger. But the increase in China’s strength constitutes no threat or challenge to any country. China has neither the interest, nor the need, to fight the United States for hegemony or leadership. China just wants to realize its dream of national rejuvenation, bid farewell to its humiliating modern history, and truly become a country of strong national strength, harmonious ethnic relations, and a happy and content populace. American suspicions over a stronger China are thoroughly redundant. As long as one can abandon historical biases, the broad Pacific is right before one’s eyes. The great countries and nations of China and the United States have every reason to avoid facing each other on a collision course, escape the historical fatalism of confrontation between big powers, and to maneuver a win-win scenario together. Of course this entails strenuous endeavors by the cool-headed and far-sighted healthy forces on both sides. The Chinese wing of goodwill calls for an American counterpart to fly high.