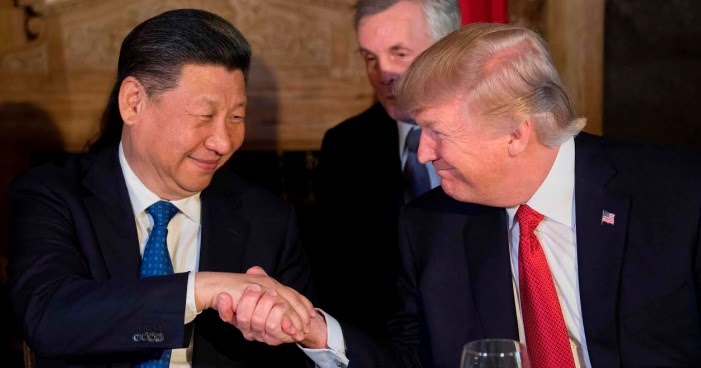 President Trump’s decision to step away from U.S. leadership in curbing carbon emissions has led to calls for China to assume a more commanding role in global climate governance. As if to echo the international demand, China not only reiterated its commitment to the Paris agreement but also moved to fill the void left by the United States: while Premier Li Keqiang was visiting Europe to emphasize closer coordination with Europe on climate change, President Xi Jinpping was about to host California Governor Jerry Brown, who acknowledged China as a global leader on climate change.

China has gone a long way toward global governance. Prior to the 1990s, its participation in global governance had been extremely limited. Indeed, until the 1970s its foreign policy despised international norms and sought to articulate new conceptions of the world based on its own revolutionary image. China’s “angry isolation” not only showed a clear demarcation between domestic and international issues, but it also reduced the need for China to respond to international demands and pressures over important governance issues such as nuclear non-proliferation.

The 21st century has witnessed China’s significantly expanded engagement in addressing global challenges including climate change, global health, counter-terrorism, anti-piracy operation, and nuclear nonproliferation. Today, rather than viewing the pressure for Beijing to share more international burden as a conspiracy to thwart China’s development, Beijing publically embraces the idea of “big power responsibilities” (daguo dandang) and aspires to become a leader (if not “the leader”) in global governance.

What has been driving this sea change?

In a recent piece, I highlighted the importance of structural factors in incentivizing China to take over more international responsibilities than before. China’s rise in a globalized context has made it increasingly sensitive to exogenous influences and shocks.  During the 2014-15 Ebola outbreak in West Africa, for example, the risk of the virus infiltrating China to evolve into a major outbreak was relatively low. However, China’s significant economic and political ties to Africa prompted it to support a swifter and more decisive approach to the outbreak. Interestingly, Harry Verhoeven of Georgetown University made the similar observation that China’s deepening material interests in Africa was forcing it to abandon the traditional principle of non-interference in practice. As China’s influence spreads throughout the world, so does a willingness to play by its own rules in the area of global governance. As Rolland Nadege noted in a recent report, China’s Belt and Road Initiative, which represents the country’s alternative vision of global governance, is driven by the need to “alleviate terrorist threats, secure energy resources, strengthen its regional influence, and counter the U.S. presence in Asia.”

But shifting power balance is not the only reason promoting Beijing to engage in global governance. Strategic context matters. It is clear that China joined U.N agencies and other international institutions because Nixon and Mao abandoned the dangerous game of chicken in the 1970s. The end of the Cold War and China’s integration into the world economy generated the context that led to a serious soul searching for China’s “identity” in the international system. During the 1990s, China developed a new sense of accountability and commitment in its interactions with the outside world.This new identity was also accompanied by new thinking about the meaning of security and international cooperation. The new security concept, which purported to “rise above one-sided security and seek common security through mutually beneficial cooperation,” allows the inclusion of a wide range of nontraditional and nonmilitary issues – from international terrorism to infectious disease -- for international governance cooperation. In the meantime, as part of its search for an effective approach to allay the fear of the rapidly rising Chinese power, Beijing increasingly turned to multilateralism in its foreign policy.

China’s increased exposure to global players, processes and institutions has facilitated its acceptance of internationally accepted norms, practices and standards.This learning experience was evidenced in China’s negotiations of the International Health Regulations (IHR), when then director of World Health Organization Margaret Chan was seen on several occasions pulling the Chinese negotiator aside and telling him, ‘‘You can’t do that’’. But socialization is not just about mimicking and persuasion. It may also be achieved by bringing pressure, arm-twisting, sanctions, and naming and shaming.During the initial stage of the 2002-03 SARS outbreak, the Chinese government was in denial, sharing little information with the WHO and even barring WHO experts from visiting Guangdong, the SARS epicenter. On April 2, 2003, WHO issued the first travel advisory in its fifty-five-year history, advising people not to visit Guangdong. Two weeks later, WHO took the unprecedented step of chastising Beijing for misleading the global community regarding the true extent of SARS infection throughout the country. When Chinese leaders realized that their strategy of crisis management only damaged the country’s international reputation, they began to acquiesce to WHO’s leadership in international health governance and act in a more transparent and responsible manner.

By teaching Chinese policy-makers the futility of monopolizing disease-related information or acting alone in addressing a public health emergency of international concern, the SARS case also underscores the importance of crises as a driving force behind China’s involvement in global governance. Crises matter because they create a steep learning curve that enables decision makers to update their thinking of globalization.  Examples abound when it comes to the role of crisis in global governance. North Korea’s withdrawal from the Nuclear Non-Proliferation Treaty (NPT) in 2003 gave rise to the Six-Party Talks mechanism, to which China played host. The 2008 global financial crisis was a turning point in China’s relationship with the international system: instead of passively accepting regulations of existing international financial institutions, China joined the restructuring processes, and through G-20, helped push for a paradigm shift toward countercyclical policy in emergency lending.  Similarly, a PM2.5 crisis in 2013 sparked a new environmental consciousness that softened Beijing’s position towards international environmental governance and helped paved the way for the Paris agreement.

Calls for a Closer Partnership

While these factors – shifting balance of power, changing strategic context, socialization, and crises – have driven China’s involvement in global governance, they have not led to similar advancement in U.S.-China cooperation in global governance. It is hard to deny the rationale of the two countries working together in confronting the world’s problems, or the progress they have made in this area. Nevertheless, it is equally hard to dispute that meaningful partnership over a great deal of issues – trade, cybersecurity, food safety, global health -- remains nonexistent or limited. After decades of engagement, the two countries still have dramatically different views on how the world should work and how to make it work. Although China registers its desire for an alternative international order, it continues to rely on the post-War UN system, stressing Westphalian norms of state sovereignty and noninterference.

The discrepancy can be found in their approaches to foreign aid. Unlike the United States, China does not attach political strings to foreign aid. As a result, its programs run in direct competition with U.S. programs that emphasize governance, accountability, and human rights. China also continues to favor a state-centric approach to development, which discourages the participation of civil society organizations in implementing foreign aid programs. Also, in reporting foreign aid, China’s classification and nomenclature often does not follow international standards, making it difficult to gauge the full extent and nature of its aid program.

Behind the different approaches to global governance are mismatched interests, values and capabilities. The shifting international power balance, in conjunction with the sustained gap in domestic social-political structures, exacerbates the lack of trust between the two countries, incurring higher transaction costs for cooperation. Capacity gaps also impedes effective and efficient cooperation between the two.  While China is a net donor of foreign aid, it is far from achieving the donor status of the United States. It, for example, does not have foreign aid laws or a specialized development assistance agency analogous to the U.S. Agency for International Development (USAID) to coordinate development assistance.

Among the other factors that hinder U.S.-China cooperation over global governance, the existing global governance regime stands out. Built around the end of the World War II, the current governance regime does not match the new power realities of the 21st century. U.S. and other Western powers may be interested in talking about burden sharing, but they are less forthcoming about power sharing with new emerging powers. Indeed, it was precisely Washington’s grip of voting rights in these institutions that prompted China to reinvent the wheel by investing in alternative institutional options to the Bretton Woods rules. Meanwhile, many important global institutions remain dominated by member states, which value sovereignty as one of the basic principle justifying state behavior, despite that economic globalization and transnational norms have altered the scope of state authority.

Such governance gaps have limited the range and effectiveness of cooperation. During the Ebola outbreak, for example, both the United States and China committed tremendous resources to the global fight against the virus, which includes mobilization of troops and the development of anti-Ebola drugs. There is no evidence, however, suggesting that PLA medical corps in West Africa worked closely with their U.S. counterparts in the disease diagnosis, treatment and containment. The unrealized potential for cooperation over global governance was also highlighted in the development of anti-Ebola drugs. When ZMapp, the most promising treatment developed by US-based Mapp Bio was quickly exhausted in the fall of 2014, Chinese scientists used a different technology to produce 100 doses of biosimilar (MIL-77) within three months. Yet, because the Chinesecompany used information in ZMapp’s patent in developing MIL-77, some American officials raised patent infringement concerns. In 2015, the Chinese company signed an agreement under which Mapp Bio acquires the rights to market MIL-77 worldwide except in China. Nevertheless, the U.S. company was not keen on further developing the Chinese biosimilar. As a result, the only ZMapp-like product that is available today is still the original tobacco cell-derived ZMapp (which is not amenable to mass production), and still only 100 doses of treatments are available for an Ebola outbreak.

What Can China and the United States Do?

In order to facilitate U.S.-China cooperation, both countries should have a clear, consistent and coherent strategy for global governance. A strategy that clarifies each country’s national interests and delineates responsibilities of different government agencies should minimize misperceptions and misunderstandings, reduce transaction cost of cooperation, and institutionalize the commitment to addressing global challenges. In the U.S., such a strategy should be built on bipartisan consensus and not be subject to the fluctuations incurred by administrative turnovers. For China, this means having its own equivalent of USAID to aggregate data and coordinate foreign assistance, as well as to conduct dialogue with their U.S. counterparts.

Such a strategy should reflect the power and political realities of the 21st century. While it makes sense to ask China to chip in more, the U.S. should be more flexible and forthcoming in accommodating China’s legitimate demands and rights in global governance. In light of the shift from the U.N. system to global governance, China should consider focusing less on the formal international institutions built nearly 70 decades ago and more on informal but innovative institutions at bilateral, plurilaterla and multilateral levels (e.g., G-2, G-20).  In addition, rather than solely rely on international organizations that are driven by member-states only, more attention and governance space should be accorded to non-state actors, including NGOs and those in the private sector.

At a practical level, the two countries should consider building a global governance collaboration center to exchange information, test new ideas for global governance, familiarize with each other’s operation protocols, and teach needed skills and knowledge for effective and efficient cooperation. Unlike the existing bilateral dialogue mechanisms, this new center will target practitioners and socialize them in important areas of global governance (e.g., mil-to-mil collaboration in addressing public health emergencies). Ultimately, a joint force command can be built to coordinate their operation in global governance operations.

Tweets by ChinaUSFocus
Global GovernanceChina-US RelationsWorld Order
printTweet
You might also like
Back to Top
CHINA US Focus 2018 China-United States Exchange Foundation. All rights reserved. Disclaimer