Many U.S. policymakers see China as the answer to North Korean proliferation. If Beijing would just tell the North’s Kim Jong-un to behave, East Asia’s biggest problem would disappear. 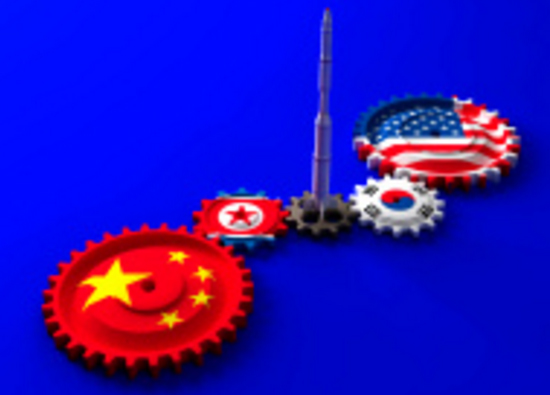 Of course, it’s not that simple. To be sure, the People’s Republic of China has influence in Pyongyang, but the latter always has jealously guarding its independence. Kim is no more likely than his father to let reason get in the way of his rule.

Still, the current regime does not appear to be as stable as its predecessors. The boy leader has executed some 400 officials since taking over from his father four years ago. The list is topped by his uncle, then the North’s most important interlocutor with the PRC. Powerful Chinese pressure, if backed by economic sanctions, might encourage now incipient opposition.

The China-North Korea relationship goes back to the Korean War. However, no one on either side of the Yalu views the two nations as close as teeth and lips, as once was said. Today, relations appear worse than at any time over the last five decades. Beijing does little to hide its dissatisfaction. But the PRC has not yet proved willing to abandon its sole ally. Its reluctance is understandable. Violent conflict within the Democratic People’s Republic of Korea (DPRK), mass refugee flows across the Yalu, loss of Chinese investments, and a united Korea hosting U.S. troops are all possibilities no PRC government desires. China’s interest is almost purely negative, avoiding what the DPRK could become.

Yet, China also recognizes that the status quo is not just uncomfortable, but untenable. Despite the PRC’s commitment to nonproliferation, the North continues to move forward with its nuclear program. Kim almost certainly does not want war, which his country would lose, but the newbie dictator may not know how to stop as well as how to provoke conflict. Unpredictable and insubordinate, the DPRK has even proved to be a dubious economic investment.

In fact, Beijing no longer bothers to hide its dissatisfaction with the North. President Xi Jinping has met six times with South Korean President Park Geun-hye but has not met once with Kim. In September, Geun-gye enjoyed a place of honor next to Xi at China’s military parade, while the DPRK representative, Choe Ryong-hae, was barely seen. Chinese academics and analysts, as well as advocates on social media, routinely criticize the DPRK. The People’s Liberation Army still values its relationship with the North—China’s only ally in the region—but a small buffer state matters little in a world of nuclear-tipped nuclear missiles.

This leaves just enough room for the possibility of a modus vivendi between the U.S. and China.

Neither country wins with today’s DPRK. The latter’s hallmarks are proliferation, brutal repression, instability, and war threats. Pyongyang recently declared that it was strengthening its nuclear arsenal and denounced the call from other nations, read the PRC, for “restraint.” Some experts believe the North could construct dozens of nuclear weapons by 2020. Both Washington and Beijing would benefit from a “new” North of some sort, whether independent or reunited with the South.

However, a deal will require the PRC to take the lead. Unfortunately, U.S. officials are inclined to lecture Beijing over each action the country should take. China must tell Washington that cooperation is possible, but that Beijing requires guarantees before taking tougher action against the North.

The big issues would be process and endpoint. China should indicate its willingness to go along with the U.S. to change the North’s behavior, and government, if necessary—if the PRC is protected from the consequences. Only Beijing could decide on the necessary conditions, but several obvious issues include financial support for refugees, acquiescence to Chinese military intervention post regime collapse, guarantees for existing economic deals, and U.S. troop withdrawal from a united Korea.

South Korea also would have to be brought into any discussions, but the ROK’s warming relationship with Beijing suggests that Seoul would be receptive to a deal. The U.S. still would be likely to resist, since it would have to yield its pretensions of regional dominance, acknowledging that it no longer could dictate relations in Northeast Asia.

It won’t be easy to win such a concession, especially from uber-hawks who imagine that Washington need only threaten other nations to get its way. However, North Korea has become one of America’s losing battles. Despite presidents having insisted for at least two decades that Pyongyang cannot be allowed to become a nuclear state, it has done so. Despite having no great strategic interests post-Cold War in a peninsula nestled among several major Asian powers, the U.S. maintains an expensive garrison in the South and remains a constant rhetorical target of a bizarre, unstable hereditary communist regime in the North. Despite urging China to deal with the problem, Beijing has shown no interest in removing the DPRK from America’s hands.

But it would be worth much to the U.S. if the PRC did so. The U.S. could drop North Korea from its enemies list, turn South Korea’s defense over to the South Koreans, reduce overall military commitments and spending, ease tensions with Beijing, and improve East Asian security without pervasive American military involvement. In fact, this should be Washington’s objective in a world in which populous, prosperous nations like South Korea should long ago have graduated from America’s defense dole. America could even avoid the stigma of being a supplicant if Beijing proposed talks.

North Korea is a challenge for both the U.S. and China. While there is no obvious or easy answer, U.S.-Chinese cooperation offers the best hope for maintaining peace on the Korean peninsula. Washington has pressed for action without acknowledging the need to negotiate. Beijing should respond favorably but insist on negotiation. Then the world’s two greatest powers would have an opportunity to cooperate.