Why North Korea’s Change of Heart on Peace Negotiations? 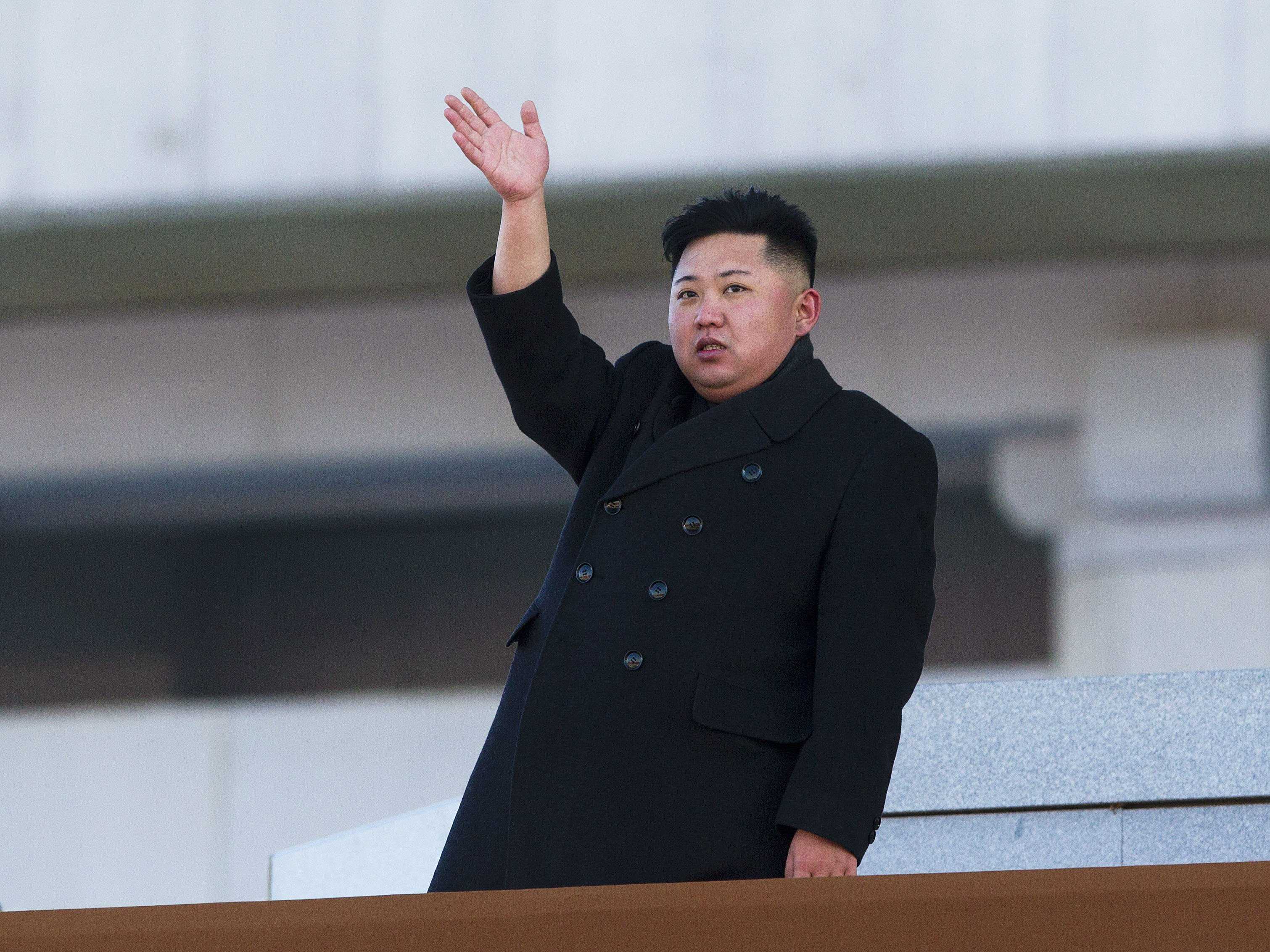 “There are no permanent enemies, and no permanent friends, only permanent interests,” former American politician William Clay once wittily observed. Yet, in the fluid world of geopolitics, even interests themselves are sometimes impermanent– subject to dialectical evolution over time. In many ways, this is what I observed during my visit to North Korea earlier this month.

As part of a delegation of Southeast Asian scholars, organized by veteran Indonesian diplomat Dino Djalal, I held discussions with senior North Korean officials during my visit from April 3-7, including Kim Yong Dae, Vice-President of the Presidium of Supreme People's Assembly, and Ri Gil Song, Vice Minister for Foreign Affairs, in addition to other senior officials from key organs of the state.

The main question for many observers is whether North Korea is sincere in its bid for peace and, accordingly, what has brought it back to the negotiation table. The regime has returned to the negotiating table, I would argue, out of a fortuitous combination of greater confidence, mastery of the nuclear cycle, and vulnerability, as sanctions begin to undermine the economic viability of the country. With the regime acquiring nuclear weapons, President Trump’s tough-talk, including the threat of ‘pre-emptive’ strikes, doesn’t seem to be a key factor.

From a Position of Strength

During hours-long exchanges, our North Korean interlocutors maintained that the peace process has been rekindled primarily, if not solely, due to the “bold and courageous” decision of Supreme Leader Kim Jung-un to pursue a lasting peace on the Korean Peninsula. They also asserted that international sanctions, arguably the toughest in human history, have left the regime unscathed. For them, they are negotiating from a position of strength as a “full-fledged strategic state.”

North Korea is yet to fully master their weapons delivery system, namely the ability to ensure precise targeting upon re-entry of their intercontinental ballistic missiles into the atmosphere from space. Yet, they are now technically a fully-fledged member of the exclusive club of nuclear powers, having successfully tested advanced ballistic missiles as well as boosted nuclear bombs. Kim Jung-un has returned to the negotiating table partly out of strengthened self-confidence: now he can enter into talks with world powers, particularly the United States, as a peer instead of a subordinate state. The planned summit between President Trump and the North Korean leader is interpreted by key officials from North Korea as a direct affirmation of the regime’s new, elevated status in the international system. Thus, Washington is effectively affirming the long-held view that acquiring nuclear weapons isn’t only a ticket to regime survival for any revisionist state, but also a vehicle for recognition as a de facto peer, albeit reluctantly, by great powers.

Yet, a more careful observation of facts on the ground – though my visit in the country was far from comprehensive – suggests that sanctions have been instrumental to the rekindling of peace negotiations.

International sanctions against rogue states can have three outcomes. In the most extreme case, sanctions can be so debilitating that they can lead to the eventual collapse of a regime. This was arguably the case in Apartheid South Africa, where external pressure brought about regime change in favor of a democratic, post-racial political system.

In other cases, sanctions fail to undermine the foundations of a besieged regime, but they are robust enough to alter the national security doctrine of the targeted state. This was apparent in the case of Libya in the mid-2000s, when the Gadhafi regime decided to abandon its pursuit of nuclear weapons and confrontational policy against the West in exchange for revived economic ties with Europe.

In other cases, sanctions fail to either bring about regime change or alter the calculus of a targeted state. Yet, they are punishing enough to frustrate efforts of an ambitious power to modernize and strengthen its economy and regional stature. This arguably happened in the case of Iran, which agreed to a landmark nuclear deal that placed restrictions on its nuclear program in exchange for sanctions relief. The reformist Hassan Rouhani’s administration won elections on the back of the promise to restore the country’s economic health and scale back its regional and international isolation.

A cursory look at Pyongyang’s impressive urban landscape – with the profusion of new shopping centers, wide and well-asphalted boulevards, modern skyscrapers, and restaurants – shows that the North Korean elite has been largely untouched by the sanctions. The capital is arguably among the cleanest and best-organized cities on earth, though availability of cars, fuel and food for ordinary citizens, especially outside the more privileged quarters in the capital, is a major concern. As one moves out of the capital, the harsh reality of life for ordinary citizens, especially in barren rural areas, becomes more apparent.

The regime, however, remains committed to its “Juche” doctrine of self-sufficiency, relishing its relatively advanced military capability. Yet, the international sanctions have been severe enough to frustrate recent efforts by the regime to modernize the country, stabilize the economy, and close its yawning gap with its southern neighbor. North Korean officials were clear, during our exchanges, that they want a “powerful socialist state,” which is both militarily-capable and economically vibrant. However, that has become almost impossible.

Almost all of North Korea’s top trading partners, mostly in Southeast Asia, have either completely severed or significantly reduced their trade and investment ties with Pyongyang. Even China – the regime’s ultimate economic lifeline – has begun to tighten the noose around its historically large cross-border trade with North Korea.

As a result, the regime’s access to fuel, food, international markets, and capital goods has been dramatically reduced in the past three years. Even major aid agencies are beginning to scale back their presence due to financial sanctions.

Over the past decade, Kim Jung-un has sought to gradually modernize the country by introducing an early version of the household responsibility system in the agricultural sector, allowing for the establishment of quasi-private enterprises, including restaurants and shopping centers, as well as an infrastructure buildup that has transformed Pyongyang’s façade. The result was the emergence of a parallel semi-private economy, which created a short-lived economic boom for the isolated regime. A reversal of sanctions, therefore, is a key goal of the regime in upcoming negotiations with world powers.

While the North Korean leader has raised the prospect of “denuclearization,” it’s unlikely that the regime will give up its nuclear weapons without first receiving substantial relief from sanctions and, more crucially, an irreversible security guarantee from world powers, particularly America.

The ultimate goal, however, should be a final peace agreement, which incorporates the legitimate interests of all key parties. In the meantime, however, what diplomats and negotiators can focus on are low-hanging fruits such as the resumption of inter-Korean family reunions as well as joint business ventures between Seoul and Pyongyang. This will likely be at the center of the upcoming summit between President Moon and Kim Jong Un at the end of April.

A step-by-step packaged solution could also involve a freeze-for-freeze arrangement, which has been a long term goal of the Chinese government, whereby North Korea halts all provocative actions, including nuclear and ballistic missile tests, in exchange for a freeze on additional sanctions. This could be augmented by a reversal of international sanctions in exchange for North Korea’s greater transparency in its nuclear program. Restoring mutual confidence is key to a comprehensive denuclearization agreement in the Korean Peninsula. That can only be achieved through systematic, patient and multilayered negotiations between Pyongyang and major powers, especially the U.S. and China.

A challenge, however, is asymmetry of expectations among great powers. For the Trump administration, eliminating North Korea’s nuclear weapons and capping its ballistic missile capability are urgent priorities. Washington has limited tolerance for the possibility that Pyongyang may soon have the ability to precisely deploy nuclear weapons to any intended target in mainland America. Moreover, key elements within the Trump administration, including the newly minted National Security Advisor John Bolton, have repeatedly called for regime change in North Korea. Ideological conflict remains a key area of tension.

China, however, seeks, as one senior official told me, a “permanent peace regime,” which takes into consideration the legitimate interests of all concerned parties. Thus, China, similar to the current leadership in South Korea, seemingly has higher tolerance for North Korea’s nuclear and ballistic capability than America, viewing it as a largely defensive, albeit perturbing, development. Beijing believes in a more gradualist, sustained solution to the crisis, while America wants a more immediate breakthrough. Bridging this interest gap between the two great powers will be crucial to ensuring the success of the revived peace process. It seems the South Korean government shares the Chinese point of view in this regard.

Ultimately, instead of expecting an overnight breakthrough from the upcoming meetings between Kim and presidents Moon, Trump and Xi, it would be more helpful for us to prepare for a drawn out, yet fruitful, set of negotiations to definitively end one of the longest-running conflicts in the world.