The so-called “hydrogen” bomb test conducted by North Korea recently has once again put China and the US in hot water. The US and its northeast Asia allies, Japan and South Korea, would like to see a stronger opposition coming from China against North Korea, and different pressure has been imposed as usual on China in this regard, especially from the US and South Korea, with an aim to further isolate North Korea by new sanctions. Expectations have become higher across both the US and South Korea on China’s possibility to really give North Korea “a lesson”, since China, in their eyes, is the sole patron of the country, especially in the economic sense. The China card, as in the past, has always been counted as a panacea to cure the North Korea syndrome every time anything occurred unexpectedly. 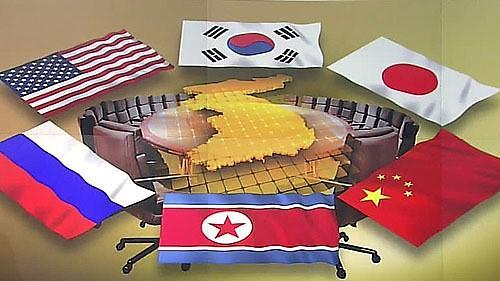 It has almost become a political discourse in the West that China should shoulder more responsibility when it comes to North Korea — and that it is China’s inactivity that has led to today’s impasse with a nuclear North Korea Yet a more thorough and deep investigation of this narrative may reveal the fact that it’s the different underlying interests and unreasonable expectation from the US side that have made the situation what it is today.

Looking back on history, North Korea’s nuclear issue had once almost been resolved in the 1990’s with the agreed framework being reached between the US and North Korea themselves. That should have been a historical legacy for the Clinton administration, if it could have overcome the domestic obstacles made by the Republican Congress. (There is similar potential for Obama on the Iran nuclear deal.) Yet the ineptitude for the US part to fulfill the obligation on providing light reactors on time made it discreditable to North Korea; that ruined the agreement and resulted in a vicious cycle that still evolves till today. During the Bush years, the US had accepted China’s suggestions for six-party talks and the September 19th agreement reached in 2005 laid out a concrete and thorough roadmap for resolving not only the nuclear issue but also the entire North Korea issue. Yet the subsequent worsening of bilateral ties due to various US allegations against North Korea (such as export of missile and making counterfeit dollars, which had never been proved) ultimately spent the opportunity.

After Obama took office, strategic patience, a strategy of only granting talks under the precondition of a comprehensive, verifiable and irreversible denuclearization process agreed upon by North Korea has become the main guidelines of US policy; otherwise, the US and its allies would resort to military deterrence, sanctions and isolation as the main tools to deal with the country, so as to make it yield under pressure. China, as the country’s closest friend, has been relied upon to make all the tough measures effective, and if not, it would be criticized for irresponsibility. Yet the US should think more squarely and objectively if it would not intentionally use North Korea as a lever to set its China policy on other fronts. It’s unrealistic for China to follow the US’ every step in dealing with North Korea, since China would not like to resolve the nuclear issue by forcing the country into a corner by even harder sanctions, especially by using leverage that may shake the fundamental existence of the country, which might result in domestic turmoil that will harm the denuclearization process per se.

In China’s eye, the US should talk with North Korea directly without preconditions, and end hostile rhetoric and coercive activities that will do no good for reassuring an already fiercely insecure North Korea. All sorts of negotiations, no matter six parties or two parties, should be tried as long as it can be useful for the denuclearization process. A systematic approach should be adopted and the normalization of US-North Korea relations and the replacement of the armistice agreement with a peace agreement should also be incorporated as before. Based on these, China would not oppose and even welcome a peaceful, gradual unification of the Korean Peninsula according to the will of its own people.

Recent pressure on China for further sanctions has become even tenser, and demands such as that China should sever its oil supply to North Korea or suspense import of coal from the country, which account for about 40% of its total export. However, a closer look at the possible outcome will put China in good stand for a more cautious approach in dealing with North Korea. First, it’s unwise to strain the country too much and threaten its basic lifeline as it has almost been regarded as a de facto nuclear power. Second, the resulted dire conditions may further deteriorate an already poor country and make its people suffer more. Third, any collateral turmoil or regime collapse will risk loss of control of any nuclear weapons drastic for not only the region, but also the world.

However, considering the need to further cooperation with the US on third-party issues, which has become an important pillar of the Sino-US new type of great power relations, the Chinese side would consider seriously the US interest and concern, and some type of cooperation for this purpose may be accorded. There are also voices inside China to punish North Korea’s “bad behavior” more harshly. Yet it is very unlikely for China to work hand-in-hand with the US in every respect, since the two differentiate in interpreting the very end and means of the situation. In China’s mind, it should be more a US responsibility rather than China’s, and use of coercion as the dominant tool has been proved ineffective in most other similar cases. Moreover, the resolution of the issue should be put into a larger context of US rebalance to Asia, in which rising deterrence against China has eaten away China’s incentives for more cooperation with US efforts and goals.