Could the US’ Indo-Pacific Strategy Succeed? 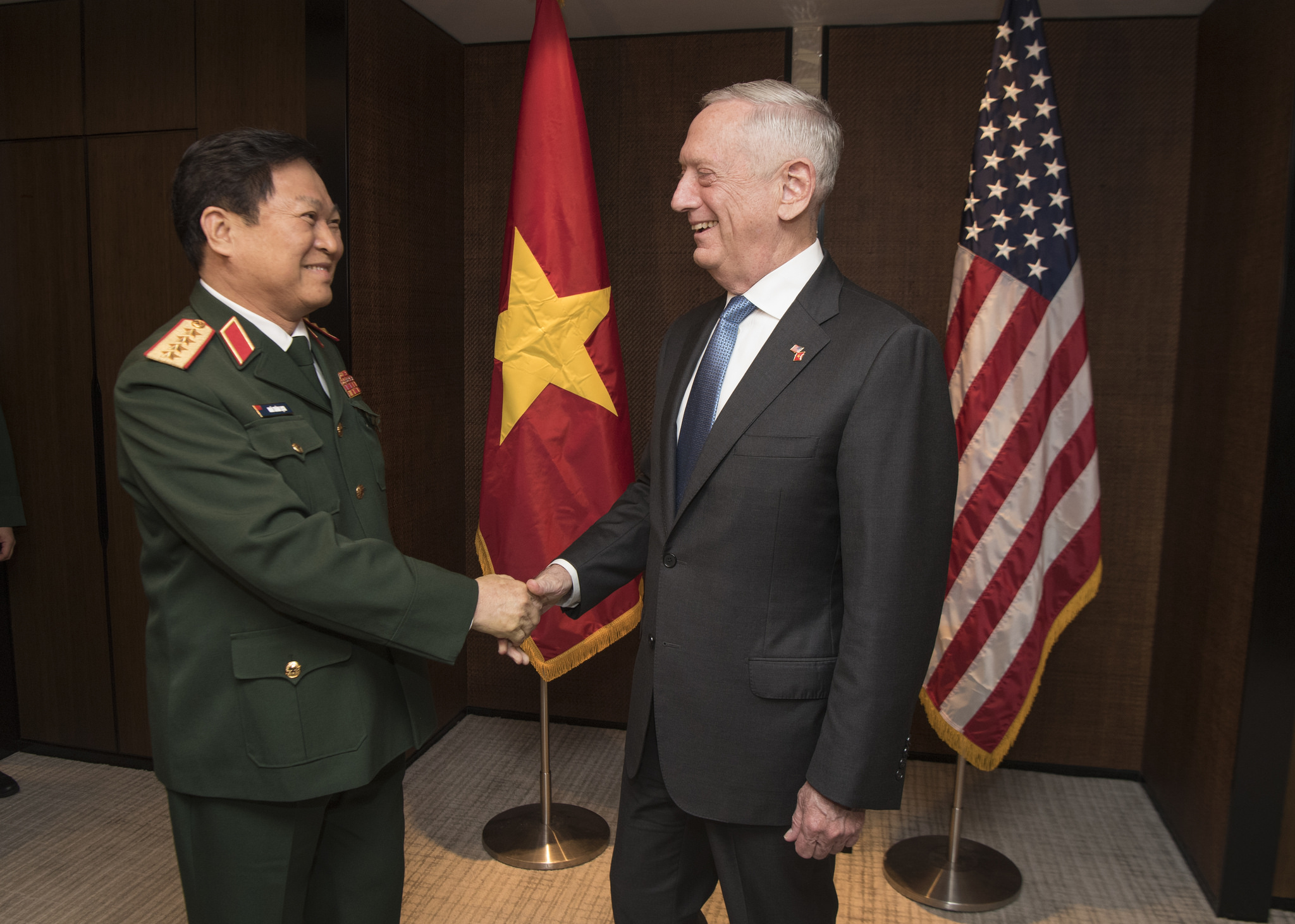 At the Shangri-La Dialogue in Singapore in June, Secretary of Defense James Mattis explained the United States’ Indo-Pacific strategy, evolving from the desire for “a free and open Indo-Pacific” and the reality of “geopolitical competition” between two types of world order.

The Indo-Pacific strategy contains four elements: Strengthening maritime security; enhancing military cooperation with allies and partners; underscoring the rule of law, civil society, and transparent governance; and advocating for development of a market-led economy. The ultimate goal of US Indo-Pacific strategy is, through joint applications of political, economic and military means, to contain China’s rise and undermine China’s influence so as to consolidate the US’ dominant position in the region. In essence, the Indo-Pacific strategy is the continuation and upgrade of the rebalance to the Asia-Pacific, a policy which was devised to contain China’s development.

It’s natural for people to ask: Could the US Indo-Pacific strategy succeed? After a close examination of the strategy, it would be natural to say: It's easier said than done, and there are numerous obstacles ahead.

<li id="quiz_41"><h1>On July 30, US Secretary of State Mike Pompeo announced that, as part of its Indo-Pacific strategy, the United States would give $113.5 million to fund development of the “digital economy, energy, and infrastructure” of countries in the region. Pompeo’s a</h1>

First, each of the four core members of the Indo-Pacific strategy, namely, the US, Japan, Australia, and India, have different priorities in the region. So it’s impossible for them to be devoted wholeheartedly to the US’ strategy to  contain China.

For Japan, its priorities are to underscore economic cooperation, to promote the connectivity of Asia, the Middle East, and Africa through free trade and infrastructure construction, and to a highlight rule-based order and respect for international law. Together with the US, it also wants to influence and interfere in the Korean Peninsula and the South China Sea. It’s pretty obvious that the Japanese also want to contain China. After the Trump administration implemented the “America First” policy, however, discord in US-Japan relations began to grow. At the beginning of this year, Japan moderated its anti-China policies and proposed promoting the Indo-Pacific strategy along with China’s Belt and Road Initiative as the new foundation for China-Japan cooperation.

Australia, saddled between the Indian Ocean and the Pacific, has recognized the Indo-Pacific idea ever since the Julia Gillard government (from 2010 to 2013). The concept was even elevated to a national strategy, and has been referred to in its white papers on national defense and diplomacy since 2013. To some extent, the Australian foreign policy was guided by its own version of the Indo-Pacific strategy. For Australia, this is a two-sided strategy. On the one hand, it calls for strong and constructive relations with China, but on the other hand, it claims that China’s rise poses challenges and calls on the US to maintain a presence in the Indo-Pacific region. Australia's diplomatic goal is to seek a balance in relations with both China and the US. As for the US version of the Indo-Pacific strategy, Australia, while showing its support, has also stressed China’s role in solving global challenges and problems. Any move that might damage relations with China would not conform to the fundamental interests of Australia; therefore, room for Australia to adopt the US Indo-Pacific strategy is limited.

In his keynote speech at the Shangri-La Dialogue, Indian Prime Minister Narendra Modi stressed that the Indo-Pacific is more of a geographical concept than a strategic one. He said, “India does not see the Indo-Pacific Region as a strategy or as a club of limited members. Nor as a grouping that seeks to dominate. And by no means do we consider it as directed against any country.” It was obvious that Modi’s speech did not toe the line of the US Indo-Pacific strategy. India did not want to be the US’ pawn and wanted to maintain its “strategic independent” policy so that it could maneuver among the big powers and maximize its interests. After his watershed meeting with President Xi Jinping in Wuhan, Modi adjusted its previous confrontational policy towards China and the two nations returned to the road of friendship and cooperation.

Furthermore, the US does not have convincing reasons to pursue its Indo-Pacific strategy. Mattis repeatedly mentioned the militarization of the South China Sea islands in his speech as a reason for the need to contain China, even as all countries with claims in the South China Sea remained silent about it. When the Obama administration started to pursue the rebalance to the Asia-Pacific, it also used the South China Sea as an excuse to sow discord and raise regional tensions. Now, it’s completely different. Tensions relating to the South China Sea have been eased, calm has returned to the region, a trend of positive development has emerged, and all parties concerned have returned to the correct track of settling disputes: through consultation and negotiation. The US attempted to rope Vietnam, the Philippines, and Indonesia into its Indo-Pacific strategy, but few responded positively. Interestingly, the US, Japan, Australia, and India all stressed that the Association of Southeast Asian Nations play the central role in effectuating the Indo-Pacific strategy, but ASEAN has never actively supported it. The main reason behind this is the waning creditability and leadership of the Trump administration.

Lastly, the Trump administration's “America First” policy has added uncertainty to the United States’ application of its Indo-Pacific strategy. It believes that the US has been treated unfairly and ripped off by other nations. Under the “America First” principle, therefore, the Trump administration aims to ensure that defense spending is be shared by its allies; to impose extra tariffs on all, including its allies; and to impose “secondary sanctions” relating to the Iran nuclear issue and the purchase of Russian weapons. The “America First” policy not only harms the world, but also makes its allies and partners in the Indo-Pacific region concerned and worried. This would fundamentally disrupt the US plan for the implementation of the Indo-Pacific strategy, and make the debut of the strategy difficult.

In a word, the future of the Indo-Pacific strategy is dim, and it will not be able to successfully disrupt peace and development in the Indo-Pacific region. However, all should be on alert and be prepared for any arms race instigated by the US in the region.

South China SeaIndo-Pacific
printTweet
You might also like
Back to Top
CHINA US Focus 2022 China-United States Exchange Foundation. All rights reserved.