Donald Trump: A Bull in a China Shop?

This article was originally published on the Atlantic Council’s New Atlanticist.

China could retaliate in several ways that would cause serious damage to the United States if President-elect Donald Trump were to overplay his hand with the Asian nation, according to an Asia expert at the Atlantic Council. 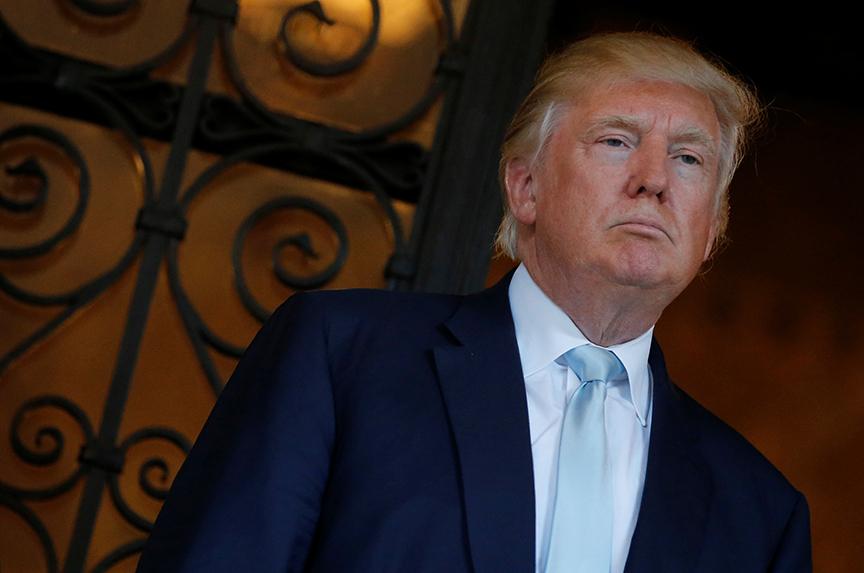 US President-elect Donald Trump has caused unease in Asia with his Twitter criticisms of China and remarkable phone conversation with Taiwan’s president, Tsai Ing-wen. (Reuters/Jonathan Ernst)

Noting that Trump has a “grotesquely inflated sense of American leverage,” Robert A. Manning, a senior fellow with the Atlantic Council’s Brent Scowcroft Center on International Security and its Strategic Foresight Initiative, said: “What would he do if China took its $1.3 trillion in Treasury bonds that fund our deficit and put it into euros? Our economies are very interdependent and there is a mutually assured destruction if we start getting into tit-for-tat trade wars.”

According to the US Department of Agriculture, US agricultural exports to China have grown more than 200 percent over the past decade making China the United States’ second-largest international market in 2015. Manning said that in the context of anti-US actions, China could cut back on significant volumes of US agricultural imports, which would hurt American farmers; heap even more regulatory hurdles on US hi-tech companies; and buy European Airbuses instead of American Boeings.

The state-run Chinese tabloid, Global Times, warned Trump in an editorial on January 8 that China would “take revenge” if he reneges on the One China policy that has been the foundation of the US-China relationship for almost four decades. The warning followed a controversial stopover by Taiwan’s president, Tsai Ing-wen, in the United States and her meetings with senior Republican lawmakers despite Chinese protests.

Trump has caused unease in Asia after accepting an extraordinary phone call from Tsai and with his tweets criticizing China. The December 2 phone conversation was the first by a US president-elect or president since Jimmy Carter switched diplomatic recognition to China from Taiwan in 1979. Since 1979, US-China relations have been governed by the One China policy under which the United States acknowledges Beijing’s claim that Taiwan is part of China.

Trump has questioned whether the United States should be bound by the One China policy.

“Sticking to (the One China) principle is not a capricious request by China upon US presidents, but an obligation of US presidents to maintain China-US relations and respect the existing order of the Asia-Pacific,” said the Global Times, which is published by the ruling Communist Party’s official People’s Daily.

Manning said Trump appears to believe that the “whole world works like a real-estate deal; everything can be put on the table.”

Robert A. Manning spoke in an interview with the New Atlanticist’s Ashish Kumar Sen. Here are excerpts from our interview.

Q: Why is it important that Donald Trump not ditch the One China policy?

Manning: The Three Communiques, the Taiwan Relations Act, and the Six Assurances are the foundation of what’s made normalization possible going back to Henry Kissinger and Richard Nixon. It is probably the most sensitive nationalist issue for the Chinese and goes to the core of what’s left of the legitimacy of the Chinese Communist Party, which is national sovereignty.

At a time when the Chinese economy is sputtering along, nationalism has become even more important to the legitimacy of the Communist Party. Don’t forget, [Chinese President] Xi [Jinping] is trying to make China great again. So, to just right out of the box, before you have even taken office, poke them in the eyes with that doesn’t seem to me to be consistent with any idea of a larger strategy.

There seems to be this notion of Trump’s that the whole world works like a real-estate deal; everything can be put on the table. Taiwan is not something that is going to get you leverage. It is just going to get you hostility and feed into the Chinese narrative that the United States is containing them and would like to see a “color revolution” in China.

Within the [One China policy] framework we have, over the years, pushed the envelope in terms of increased arms sales to Taiwan, raising the level of US officials dealing with Taiwan. If you rip up that framework you are risking the progress we have made.

Q: China’s state-run tabloid, Global Times, has warned that China would “take revenge” if Trump backed away from the One China policy. What are the consequences of Trump overplaying his hand?

Manning: Trump seems to have a view of the world that is thirty or forty years out of date. He has a grotesquely inflated sense of American leverage: that somehow we give orders and the world simply takes them. The world doesn’t work that way anymore. What would he do if China took its $1.3 trillion in Treasury bonds that fund our deficit and put it into euros? Our economies are very interdependent and there is a mutually assured destruction if we start getting into tit-for-tat trade wars.

Q: In what other areas can China retaliate?

Manning: One of the most successful areas of US exports to China has been agriculture. They can start cutting back wheat, soybean, and hurt American farmers. They have already been discriminating against American companies, particularly in [information technology] and electronics, using all sorts of regulatory devices, anti-monopoly clauses, and any kind of gimmick that they can come up with. They can do more of that. They can buy Airbuses instead of Boeings. Nobody wins in a trade war.

The irony is that we are already responding to Chinese transgressions pretty well. The Obama administration has slapped tariffs on all the Chinese overcapacity—steel, cement, and so on—working within the framework of the [World Trade Organization]. If you start doing things that violate the rules of the WTO, which is the only handle we have got, it raises questions: does Trump believe in a rules-based order; does he believe in free markets? A lot of his views make you wonder.

Q: What can the United States do to reduce the impact of any Chinese retaliation?

Manning: We should use the tools we have. There are plenty of problems with China as an economic actor in the world, but [Trump] is focusing on all the wrong ones. For example, currency manipulation was an issue twenty-five years ago. Now the Chinese are actually working to strengthen their renminbi and have begun to internationalize it.

The real issue is something on which the White House just put out a powerful report: Chinese hyper-nationalistic industrial policy for becoming a leading hi-tech economy by closing its economy to foreign investment in key sectors and acquiring hi-tech advanced manufacturing capabilities wherever it can. They have been all over Silicon Valley trying to buy up tech firms. They want to be a world leader in advanced manufacturing by any means necessary. That’s an area where we have to figure out how to respond. The White House report lays out some ideas.

Another big issue is that the Chinese came into the WTO fifteen years ago as a nonmarket economy. The way the language was written was that after fifteen years that provision expires, but it does not say what’s next. The Chinese are suing the WTO to get market status. The United States, the European Union, and Japan have all refused to do that and, I think, legitimately because the Chinese economy is doubling down on state-owned enterprises. To be effective we have to work with our European and Japanese allies. If this is America going it alone, violating its own rules for what Trump would see as an American advantage, then we lose that possibility of a strong coalition to counter China. I don’t think we can achieve our goals with China without cooperation amongst the other OECD [Organization for Economic Cooperation and Development] economies, particularly the EU, Japan, and South Korea.

The [US-China] relationship is already pretty volatile. To throw a hand grenade on top of that is not going to be helpful.

Q: Can a US commitment to the One China policy be a bargaining chip for trade negotiations?

Manning: No, it’s not negotiable. That’s the foundation we have built the relationship on. To say we are going to remove that if the Chinese don’t make a concession won’t work. It is something they would go to war over. Recovering lost territory, national sovereignty is a real deal-breaker for the Chinese Communist Party. They are not going to make any concessions on that. All you’re going to do is give them excuses to be nastier than they already are. And if push came to shove, they could coerce Taiwan by a maritime embargo and put the United States in an untenable position.

Q: Does US pressure on China strengthen support from the Chinese for Xi Jinping to consolidate power by cracking down internally and flexing muscles externally?

Manning: Xi would like to blame all his problems on someone else. [Russian President Vladimir] Putin has built his whole legitimacy on that in Russia. To the degree that the Chinese Communist Party and Xi can blame the United States—they already have this narrative about the United States trying to contain China—it reinforces a beleaguered Communist Party. Without Richard Nixon I don’t know where they would be right now. Their economy in 1980 was $200 billion, it is now over $11 trillion. If we are trying to contain them we are not doing a very good job of it.