Heavily armed Chinese jet fighters harassing American reconnaissance planes to impose disputed Chinese rights in seas near China underline escalating Chinese coercive measures to intimidate and compel neighbors to abandon their claimed rights and presence in the nearby waters. The Obama government has repeatedly condemned China’s coercion and intimidation; it has strengthened security and other cooperation with Chinese neighbors, thereby strengthening them against China. Thus far, what the United States has done has not gotten China to stop. 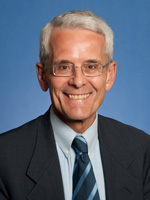 Rising American tensions with China have been accompanied by congressional, non-government specialist and media attention to Taiwan’s role in proposed plans for dealing with Chinese assertiveness. For its part, the Obama government is generally mum on Taiwan’s role in this issue. Ending past silence on Taiwan’s role, U.S. officials now say that Taiwan is part of the Obama government’s rebalance policy to Asia but they avoid how this will assist in dealing with Chinese assertiveness. Reasons for restraint reportedly center on the judgment that such discussion would heighten attention to the sensitive Taiwan issue in U.S.-China differences in Asia, causing more serious friction in U.S.-China relations than the Obama government judges as warranted under the circumstances.

Pushing against Obama government restraint, congressional representatives, specialists and commentators argue for greater U.S. attention to Taiwan in this period of tension with China. Generally, their hardened views against China have crowded out the arguments made prominently by former officials and specialists only a few years ago calling for neutralizing Taiwan, accommodating Chinese demands over Taiwan and withdrawing U.S. support for the island. The push against Obama government restraint regarding Taiwan and China is intensified by the now common discourse in congressional deliberations and media commentary that the Obama government has been too timid in the face of challenges in such sensitive international areas as Ukraine, Syria, Iraq, Afghanistan and elsewhere. Few advocate U.S. combat operations to meet American objectives, and the critics probably recognize that the president’s policies today are in line with public opinion polls showing war weariness in America. Nonetheless, the critics see the stakes in competition with China as long term and serious; they argue for stronger American actions that would show negative costs for China’s interests if it pursues its so-called salami slicing in nearby disputed territories. They are prepared to risk some of the negative consequences for the United States that would flow from serious disruption of the existing relationship with China.

Congressional leaders, strategists and specialists argue that to effectively deter an expanding China requires credible American strategies to deal with military confrontation with China. Taiwan is at the center of such proposed strategies; it is seen as “the cork in the bottle” as the United States shores up radars, defenses and other anti-China military preparations along the first island chain running from Japan through Taiwan to the Philippines. A National Defense University strategist proposed close integration of land based air and sea defenses involving Taiwan at the center of a plan to counter China with conventional arms in ways that do not involve direct attack on the Chinese mainland. Also, an influential congressional proponent of strong counters to Chinese expansionism, Rep. Randy Forbes, introduced legislation that proposes integrating Taiwan’s sophisticated early warning radar with U.S. missile defense and sensor systems.

Meanwhile, a former leading Asian affairs official in the Obama government argued that as the creator of the dashed line in the 1940s, the Taiwan Republic of China (ROC) government should reevaluate its position in line with existing international law. If Taiwan did so, it would demonstrate the extremity and unreasonableness of China’s current claim, pushing Beijing to do a similar reevaluation. Others call on Taiwan’s government to research its archives with the expectation that the result would show vagueness and weaknesses of the dashed line as the source of legitimate territorial claim. Thus far, the Taiwan government has shown little interests in taking either of these steps, presumably because they risk friction in Taipei’s relations with Beijing.

Taiwan also is involved in options raised in congressional deliberations and specialist commentaries on what the United States could do in order to raise the cost for China of its continued salami slicing in the nearby seas. According to this view, by raising the costs to China with these Taiwan-related options (as well as other options), the United States could show Beijing that its interests would be better served with a less aggressive approach in the East and South China seas. The Ma Ying-jeou government has reacted very warily to these suggestions while the Obama government has ignored them.

They include using the sale of advanced jet fighters to Taiwan as a way to upset Chinese security calculus along its periphery in ways costly to China with the implicit understanding that more such disruptions of Chinese plans will come unless it ceases its salami slicing in the East and South China Sea. Another option is for American officials to speak out more forcefully in support of popular demonstrations such as those led by Taiwan’s so-called sunflower movement. U.S. support for the freedom to speak out against feared Chinese dominance presumably would show the United States to be more open to a change in Taiwan’s existing approach to China. Beijing is uncertain on how to deal with rising criticism in Taiwan of the Ma government’s growing engagement with China. The above U.S. move would add to China’s problems and presumably enhance the possible election of an opposition candidate in 2016—an outcome very costly and complicating for China’s approach to Taiwan. Another U.S. option regarding Taiwan builds on the Obama government’s strong public criticism of China’s use of coercion and intimidation of neighbors involved with disputes in the East China Sea and the South China Sea. It calls for the United States to show similar public concern about longstanding Chinese military coercion and intimidation of Taiwan. Strong American statements backed by substantive support would seriously complicate China’s plans for what Beijing sees as the resolution of the Taiwan issue—a major cost to the Chinese government.

The higher profile of Taiwan in congressional deliberations also reflects stronger efforts by the Taiwan office in Washington and the particular interest in Taiwan by newly appointed committee chairs in the House and Senate. As a result, the numbers of Members of Congress visiting Taiwan and the stature of these Member visits have increased; congressional hearings and legislative support are more common than in the recent past, with careful oversight and pointed pressure on the administration to adequately comply with Taiwan’s defense needs and past U.S. assurances of support.

As U.S. tensions with China along the periphery of China grow, so does American attention to various options involving greater U.S. support for and interaction with Taiwan. And the interest in such options is enhanced by prevailing discourse in congressional, media and other foreign policy deliberations that the Obama government has been weak in the face of a long list of recent foreign policy challenges

Thus far, there has been no significant change in Obama government policy toward Taiwan. The U.S. administration seems determined to treat Taiwan issues in ways that do not undermine the framework that has been established since Ma Ying-jeou’s presidency that serves to reassure China and avoid bringing the Taiwan issue to the top of the American policy agenda with China once again. Disrupting or destroying this framework would cause major problems for U.S. policy makers dealing with China on a day-to-day basis. It also could signal the kind of rupture in Sino-American relations that most U.S. friends in Asia seek to avoid. Those countries support the Obama rebalance but their support is premised on continued U.S. efforts to engage constructively with China. A Sino-American blow up over Taiwan could preclude such interchange with China for a long time, and in the process it could undermine much of Asian support for the Obama rebalance policy.

Against that background, for options dealing with Taiwan discussed above to become operational will require strong domestic American pressure. Although some in Congress and a number of specialists and commentators are active in advocating for various options regarding Taiwan, they run up against major countervailing pressures that offset support for substantial deviation from the Obama government’s existing policy toward Taiwan.

1. American concern with China’s salami slicing is lower in public and congressional priority than the problems in Ukraine, Syria, Iraq, Afghanistan and the Israeli-Palestine dispute. Those who pay attention to the Chinese actions remain relatively few.

2. The options proposed for American actions to deter China risk confrontation with China that is not supported by American public opinion. And the Congress today is not the assertive Congress that advanced control of foreign policy in the post Vietnam War period, notably producing the Taiwan Relations Act. Congress long ago reverted to a deferential posture in foreign affairs. Specialist James Lindsay argues that in recent circumstances, Congress will press for foreign policy change when two conditions are met: a) The president’s policy seems to be failing—a case can be made that the Obama policies are failing to stop Chinese salami slicing; and b) There is no danger for important American interests in adopting the policy changes urged by Congress—China’s power and determination show that the proposed policy changes could risk serious negative consequences.

3. Taiwan’s willingness and ability to respond effectively to increased American attention remains questionable. Taiwan remains ever weaker in the face of China’s military buildup; it becomes more dependent economically on China; and its diplomatic room for maneuver is regulated by China with a firm hand. Taiwan seems on track toward ever closer ties with China, making it increasingly difficult for the island government to reverse course in conjunction with the proposed American initiatives designed to compete with and deter China.

In sum, the forces prompting more American attention to Taiwan are growing but the proposed options seem to face firm opposition the Obama government and they enjoy limited support in Washington and Taipei. If concern over Chinese expansion continues to grow in the United States, the pressure for greater American involvement with Taiwan along the lines of options discussed above will increase. They may attract the attention of U.S. presidential candidates and others seeking election in Congress, foreshadowing a possible substantial change under a new U.S. government in 2017 with the kinds of interest in Taiwan discussed above.

Robert Sutter is Professor of Practice of International Affairs at George Washington University in Washington, D.C.