How to Avoid the Looming China-U.S. Confrontation 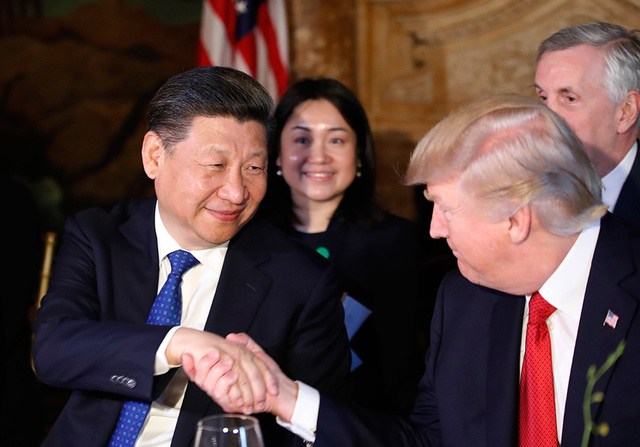 President Donald Trump refers to his Chinese counterpart as a friend, but the Trump administration’s policy toward the People’s Republic of China is decidedly unfriendly. A burgeoning trade war is only the most obvious challenge to Beijing. Washington recently has confronted the PRC over territorial claims in the South China Sea, policy toward North Korea, and aggressive action against Taiwan.

The possibility that the planet’s two most important nations, with overlapping and sometimes conflicting interests, might clash in Asia is hardly surprising. But as China’s commerce and influence expands, the competitive arena is becoming the entire globe. Washington is even watching Chinese activities in the Western hemisphere with concern.

Echoes of the post-1949 debate over who “lost China” are being heard in Washington. Earlier this year Kurt Campbell and Ely Ratner, both former U.S. government officials, asked how so many Americans got China so wrong. “All sides of the policy debate erred,” they wrote: “free traders and financiers who foresaw inevitable and increasing openness in China, integrationists who argued that Beijing’s ambitions would be tamed by greater interaction with the international community, and hawks who believed that China’s power would be abated by perpetual American primacy.”

Foreign Affairs continued the debate this month with comments from several analysts. Wang Jisi, President of Peking University’s Institute of International and Strategic Studies, noted the understandable confusion of Chinese officials about current U.S. policy, but offered some words of hope. Despite the serious deterioration in relations, “two larger principles should prevent a head-on confrontation.” One is that both Beijing and America remain committed to order rather than disorder. The other is that there remain important areas of potential cooperation. He is right in both cases, but even so it will be difficult to keep relations civil and productive.

Americans who advocated extensive engagement with the PRC expected it to prosper, even if they underestimated the rate of growth. However, Beijing has turned its growing economic might into a weapon to impose domestic policies on foreign companies, including American ones. Most dramatic has been the demand that airlines and hotel chains reconfigure their websites to treat Taiwan as part of China rather than as an independent state.

The spread of Confucius Institutes across American colleges spurred fears that schools will compromise their independence to keep the money flowing. The New York Times recently reported on exiled Chinese lawyer Teng Biao warning of “China’s Long Arm.” Teng accused the American Bar Association of dropping a book project critical of Beijing to safeguard its activities in the PRC (the ABA claimed its reasons were economic). Chinese students on U.S. campuses say they are wary of the consequences at home of any activism abroad.

Of course, Washington never has hesitated to impose its will on other nations. Yet sanctioning foreign concerns which deal with a regime seen as threatening to the international order has a different feel than insisting that foreign firms rewrite their websites to one side in an ongoing geopolitical argument. Especially since Americans see Beijing using economic engagement against them. Alongside this issue are concerns over growing repression in China and an aggressive foreign policy beyond.

How, then, to maintain satisfactory bilateral relations?

One is to build on Wang’s point and look for additional areas of cooperation, even if seemingly minor. A habit of working together might help resolve larger controversies which are bound to occur. The objective is not to fake friendship, but develop a shared commitment to avoid rifts in the relationship which could prove costly, and even dangerous.

The most obvious area remains commerce, which makes it critical to resolve investment, trade, intellectual property, and other economic issues. Although the PRC still is a relatively poor country, its extraordinary success requires that it drop self-serving practices which other countries were prepared to tolerate only because of China’s then-poverty.

Second, the two governments should informally discuss options regarding the most contentious issues. What are red lines, where will ambiguity suffice, when can issues be put off into the future, and more?

For instance, Taiwan’s future appears to be heating up primarily because the PRC is running out of patience. The island’s 23 million people understandably have no desire to be ruled by Beijing. Yet economic ties continue to grow and even the independence-minded Democratic Progressive Party carefully eschews any formal declaration. Is China ready to risk a potentially destructive conflict to satisfy its national ego?

An American commitment to better respect Chinese interests on the Korean Peninsula — the understandable desire to avoid North Korea turning into either a failed state or an American outpost — might win enhanced cooperation against North Korea as well as acquiescence to Korean reunification if the opportunity arose. Washington could maintain radio silence on Chinese governance of Hong Kong if the PRC did not ostentatiously seem to violate commitments to respect the territory’s unique autonomy. Even if formal agreements remained elusive on these and other issues, talking might make both nations less sensitive to disagreements.

Third, they should reconsider their approaches to the many territorial disputes in East Asia. That rapidly growing China is inclined to abandon its “peaceful rise” strategy and aggressively press its claims is hardly surprising. But current policy might have been designed by Washington, since it unintentionally has driven the PRC’s neighbors together and toward America.

The U.S., in turn, should consider how much it is prepared to spend on power projection mostly for its Asian allies’ benefit. In time, budget crisis will force military retrenchment. American officials will be reluctant to step back, but will find it increasingly difficult to dominate China along the latter’s borders.

The two governments risk blundering into a crisis. Beijing understands the importance of its relationship with the U.S. However, Washington’s attention is fixed elsewhere on controversies of only modest importance. Neither Russia nor Iran is a serious challenger to U.S. dominance. China is. Washington and Beijing need to get their relationship right before more serious controversies arise.