China This Week: The "Indo Pacific": A New American Strategy for Asia? 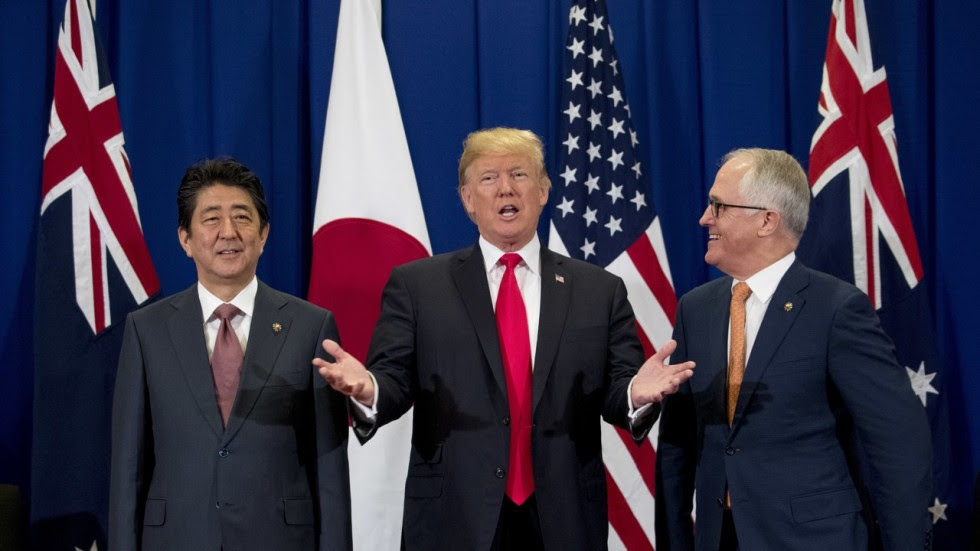 President Trump has faced persistent criticism for what many see as his administration's lack of an Asia policy, but during his trip to Asia, he hinted at what might become the seeds of a new American strategy: a focus on the "Indo Pacific" as opposed to the "Asia Pacific." In a break from the Obama administration, which preferred the latter term, Trump called for a "truly free and open Indo-Pacific region" in a speech at the ASEAN summit. The geographic redefinition highlights the importance of India as a strategic player and paves the way for increased strategic cooperation between India, Australia, Japan and the United States, as a China-US Focus contributor writes. Chinese officials have been quick to condemn the suggestion of a change in policy, which they see as an attempt to contain China. As Lu Zhaohui, China's ambassador to India, said, "China cannot be contained."

The "Indo Pacific" as a term is not new. Japanese Prime Minister Shinzo Abe has been pushing the term to promote links between the Pacific and the Indian Ocean since 2007, with mixed luck. In the U.S., it also has history. As Bloomberg noted, Pacific Command chief Harry Harris has used the term in speeches since at least 2014. In the run-up to President Trump's Asia tour, Secretary of State Rex Tillerson used the term 19 times in an October speech. In a review of Trump's trip, National Security Adviser H.R. McMaster said Trump had made calls to "Indo-Pacific leaders."

In the culmination of the administration's attempts to gain traction for the term, two days before the ASEAN summit, senior officials from Japan, Australia and India sat down with the United States in talks to revive the "Quad," or Quadrilateral Security Dialogue, a decade-old security partnership between India, Australia, Japan and the U.S., formulated on the sidelines of the 2007 ASEAN summit. As our contributor wrote, the partnership's new iteration may quickly evolve from a security partnership into a "global mechanism" of cooperation on "regional economic and employment issues," and "financing for infrastructure construction," in a challenge to China's Belt and Road.

Analysts and China-watchers are split over whether the new popularity of the phrase "Indo-Pacific" constitutes an actual rebalancing of US policy. Rory Medcalf, head of the National Security College at the Australian National University, argued, "This isn't just a Trump thing. It's being used by the Pentagon and State. I think it will outlive Trump," while James Curran of the Lowy Institute said the idea of the Indo-Pacific "Quad" was, "Little more than a diplomatic carcass hastily exhumed from the graveyard of Asian regional architecture." In a Singapore Times commentary, Ravi Velloor argues that China holds the final say as to whether or not the "Indo-Pacific" and Quad ideas have a longer shelf life than their predecessors. "Rather than get into a gang fight, therefore, what all Quad nations really expect of China is better behavior and respect for each member's sensitivities . . . It is in China's interest, therefore, to moderate its own behaviour in a manner that reduces the impetus for an "Asian Nato" to rise around it."

Indo-PacificTrump China VisitAsian Security
printTweet
You might also like
Back to Top
CHINA US Focus 2018 China-United States Exchange Foundation. All rights reserved. Disclaimer