Making the Right Choices: China-U.S. Relations at a Critical Point

The following piece was adapted by the author from remarks that Ambassador Cui delivered at the Brookings U.S.-China Leadership Forum at Sunnylands in Rancho Mirage, California, on May 8, 2016.

It is a real pleasure to come to Sunnylands again. There is no better place in America to host this forum. Three years ago next month, our leaders, President Xi and President Obama, had their first presidential meeting here. It was the beginning of a new model of presidential dialogue, one with less formality and fewer aides but greater candor and a clearer focus on issues of strategic importance. Such top-level communication has now become a prominent feature of our relationship, from Sunnylands to Yingtai, from the Blair House to the recent Nuclear Security Summit. It has enabled our leaders to build up a good mutual understanding not only of priorities and policies, but also of each other as people. 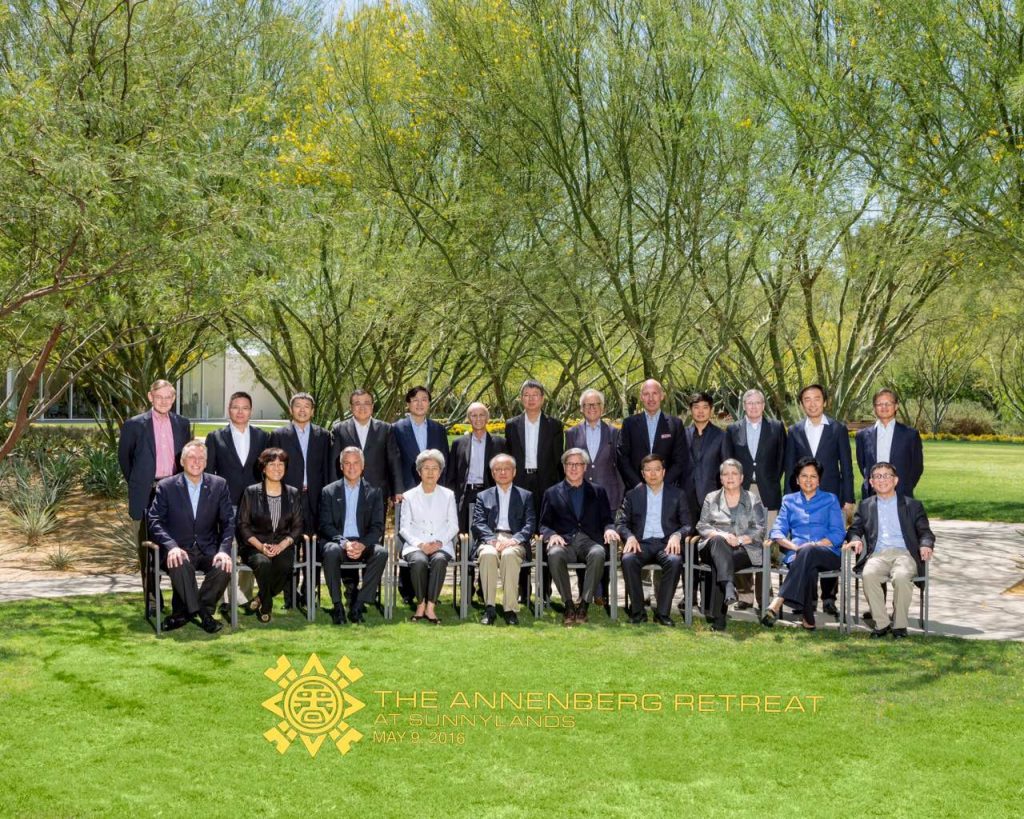 Thanks to the strong guidance of our two presidents and the joint efforts of both sides, the China-U.S. relationship in the last three years has withstood one test after another and has by and large moved forward on a positive and stable track. Today, our bilateral cooperation is more extensive and comprehensive than what is usually reported in the media. The relationship is stronger and more resilient than many people have realized.

At the same time, this relationship now seems to be more difficult to manage than ever before. While our cooperation is expanding and deepening, our differences stand out more and more. While there is growing evidence that our two countries are increasingly connected to each other, there are also mounting worries that we might eventually clash.

This is, I believe, partly because of the inherent complexities of the relationship, and partly because fundamental changes in the global political and economic structure have made these complexities even more complicated and have magnified their impact.

Therefore, the China-U.S. relationship today is probably at another defining moment. How we define and direct it now will have far-reaching consequences. Both countries have a big stake in the choices we are going to make. Whether or not we will be able to make the right choices depends on a few key factors.

First, it will depend on our vision of the world today. Do we see a world in which great powers can and should coexist and cooperate with one another, or do we see it as a place of inherent conflict among those powers? Do we embrace the opportunities for win-win cooperation, or do we believe in the inevitability of a zero-sum game?

Do we base our policies on full recognition of 21st century global challenges with a view to partnership and community building, or do we still see everything through the lens of “allies versus rivals”?

Actually, the case for great-power partnership and global community building is now stronger than ever. We are all faced with tremendous global challenges: climate change, disease, natural disasters, terrorism, poverty, energy security, food security, financial instability, and so on. On the positive side, all major powers are now members of key international institutions such as the United Nations, the World Bank, the International Monetary Fund, and the World Trade Organization. We are also working together in new global governance mechanisms such as the G20. All of this means that the major powers are committed to the maintenance and better functioning of the existing international order. As long as there is sufficient political will, it will be possible for us to seize this historic opportunity and build a new partnership for long-term stability and prosperity in the world.

Here let me say a few words about U.S. alliances in the world. We all know the origins of these alliances and how they operated during the Cold War era. People may believe that they served American interests well in those years. But here is the question today. Without necessary reforms, are these alliances really up to the task of addressing the global challenges of the 21st century? Are they winning more partners for the United States or are they turning away and even antagonizing other important players?

Second, our ability to make the right choices will depend on our perceptions of each other. There are people in the United States who believe that everything China does is aimed at challenging the U.S. position in the world. And there are people in China who think that everything the United States does is intended to contain China. I believe that both groups are wrong because neither has come to recognize that, when it comes to policymaking in countries like China and the United States, there are always many variables in the equation.

For China, the top priority is to accomplish economic, social, and political transformation for the modernization of the country. Its most important tasks are domestic and its foreign policy is first and foremost aimed at preserving a peaceful external environment. Naturally, as China develops and integrates more deeply with the rest of the world, it will have more interests to attend to beyond its borders and greater international responsibilities to fulfill.

In doing so, China has to deal with the United States and develop a positive and stable relationship with it. Of course, when U.S. policies hurt China’s interests, we will do what we can to safeguard and protect ourselves and ask the United States to change its position. But this is entirely different from challenging the American global position and trying to establish China’s own dominance in the world.

We are also aware that nowadays what China says and does is closely followed by many. But some prevailing perceptions are simply wrong.

A telling example is the issue of the South China Sea. The real issue there is disputes over territorial and maritime jurisdiction. China is doing nothing more than maintaining and defending its long-standing and legitimate position. But this has been grossly misperceived as a strategic move by China to challenge U.S. dominance in the Pacific and the world. American responses to the Asian Infrastructure Investment Bank and the “Belt and Road Initiative” are similar examples of misperceived intentions.

Some people seem to be concerned about a so-called Asian version of the Monroe Doctrine. They see China’s call for Asians to take up more responsibility for Asian affairs as an attempt to drive the United States out of Asia, whereas China is simply saying that no one else can solve Asian problems if we Asians fail to shoulder our own responsibilities. The fact is that China consistently stands for open and inclusive regional cooperation.

But there is an alarming development toward exclusion here. Today, whatever China does, even within its own territory, some people in the United States always question China’s intentions and challenge China’s position. So the reality is not that China is trying to drive anyone out of the Asia-Pacific, but that there are attempts to deny China’s legitimate interests in its own region. I would call this a Monroe Doctrine in reverse.

Third, whether or not we can manage differences while enhancing cooperation will depend on our will and our skill. It is encouraging to note that China-U.S. cooperation is expanding and deepening. Our success stories include agreements on climate change and the Iran nuclear issue.

However, there are always differences between us. Many of them will not disappear overnight. It is imperative to manage them in a constructive and pragmatic way, so that they will not dominate our bilateral agenda and derail the overall relationship. We are doing relatively well on some issues, such as cyber-security. But we have reason to be concerned about others, such as the situation in the South China Sea. Statements made by U.S. officials and actions taken by the American military risk escalating tensions there.

There have been assertions that the United States is against actions to militarize the South China Sea. But it is the United States that is sending more and more military vessels and airplanes there. Such deployments, if not curbed, can only have the effect of militarizing the region.

There have been demands on China to abide by international rules, especially the United Nations Convention on the Law of the Sea. But these same people are denying China’s rights under the Convention. Besides that, they often forget to mention that the scope of the Convention does not cover sovereignty and territorial issues, as made clear in the Convention itself.

What is more disturbing is that such statements and actions are likely to embolden some players to be even more aggressive and provocative. And we are told that the U.S. alliance obligations would be invoked if China responds to such provocations. It could be that all of this is intended to intimidate China, not to start a real conflict. But what if China is not intimidated? This approach is clearly a path to conflict. It is indeed a dangerous path and an irresponsible policy.

In conclusion, the world has changed. We need a new vision for our relationship based on a recognition of the new realities in the world. China and the United States should form a new partnership to work together on today’s global challenges. This will help both countries to better accomplish domestic goals and fulfill international roles. It will thus serve the interests of the world community as a whole.

This is exactly what President Xi proposed to President Obama here at Sunnylands three years ago—a new model of major-country relations characterized by no conflict, no confrontation, mutual respect, and win-win cooperation. Despite doubts and even suspicions in some quarters, this new model is gradually taking shape. There will be a new administration here in the United States next year, and we should keep moving forward on this positive track. I hope and believe that this Leadership Forum will take the lead in helping shape government policies and public opinion in support of our joint efforts.

(posted with permission from the Brookings Institution)