On November 24, the P5+1 reached an interim deal with Iran agreeing to give up some nuclear activities in exchange for the West lifting some of its sanctions. This was a breakthrough in the decade-long Iranian nuclear crisis, and it opened the door to a peaceful resolution with Iran. 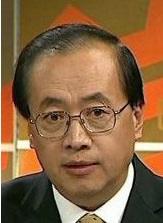 The reaching of an agreement was necessary for both the US and Iran. As the Iranian economy has suffered under severe international sanctions and the domestic population has been crying out for change, President Rouhani has urgently needed to end the sanctions and improve the economy. On the other hand, the US Obama Administration has also urgently needed to reinvigorate the US economy at home and engage in strategic re-balancing abroad. With a strategic contraction in the Middle East, the US is less capable than desirous of pressurizing Iran. The two sides’ needs dovetail nicely. Their phonecall during the recent UNGA session was described by some in the international community as a melting of the ice.

The agreement has also suited the needs of the other five parties involved, China in particular. Over the past ten years, China has not only advocated peace talks, but also made use of its sound relations with all parties concerned to serve as interlocutor and directly push for progress in negotiations. As a matter of fact, a common understanding had already been reached at the previous negotiations from November 7-9, but France tabled the agreement at the last moment. Fortunately, all parties accepted a proposal from Vice Foreign Minister Li Baodong, the Chinese negotiator, to take home the points already agreed upon, and to study the differences, laying a foundation for the signing of agreement on November 24.

The interim agreement is also a result of a mutual compromise between the US and Iran. During the half-year joint plan of action phase, Iran has agreed to suspend its uranium enrichment to 20% purity, convert or dilute already-enriched 20% uranium, cap stockpile of 5% enriched uranium, refrain from reprocessing activities or upgrading its uranium enrichment plant or Arak heavy-water reactor, and accept stricter extensive inspections. In return, the US and EU will not introduce new sanctions on the nuclear issue, and they will suspend sanctions on the Iranian auto industry, lift the prohibition on Iranian precious metals transaction and the export restriction on its petrochemical products, and allow Iran to export oil at the current level of 1 million barrels a day, and recover some of its oil revenue. Obviously the US has tried to curb Iran’s nuclear capability with relaxed sanctions while Iran, with substantive progress already made in its nuclear capability, is willing to restrict its nuclear activities in exchange for relaxed sanctions.

The agreement is undoubtedly very positive and widely supported in the international community. However, people do have reason to express concerns over its implementation. Neither the US nor Iran has published details of the agreement, and each has made vastly differing statements about it. US President Obama claimed that the agreement had interrupted Iran’s nuclear weapon development process and Secretary of State Kerry said that it had not recognized Iran’s right to uranium enrichment. On the other hand, the Iranian Foreign Minister insisted that P5+1 had confirmed Iran’s right to peaceful use of nuclear energy, including its right to enrich uranium on its own. Even with an agreement, neither Obama nor Rouhani can feel relaxed because both are faced with strong domestic opposition. Some in the US have already described the deal as Obama’s gamble. The strong conservative forces in Iran have also been watching the Rouhani government closely with suspicion and menace. Besides, Israel called it a “bad deal” and refused to be bound. Some other countries in the region, such as Saudi Arabia, may not be happy with the deal.

Moreover, even with this interim agreement and with the prospect of negotiating a final agreement over the next six months, the fundamental resolution of the Iranian nuclear issue remains unoptimistic. The issue is not a pure nuclear or technical issue, but rather a political problem of US-Iran relations.

US and Iran have structural differences, mainly ideological and geopolitical. Ideologically it is very difficult to accept an Islamic regime, and the US has assiduously sought to change the Iranian regime since the 1979 Islamic revolution. Geopolitically it is even more difficult for the US to accept the important role played by the theocratic regime of the Islamic Republic in the Middle East. Since the 2003 Iraq War, Iran has assumed prime position in the geopolitical balance of power in the Middle East, which has become the primary reason behind the US effort to exert pressure on Iran and sometimes even threaten to use force against it in the past decade. Iran has persisted in building up its nuclear capability even under international pressure, partly out of regime security and self-protection considerations. Moreover, Iran highly values its status as a major power. Even Mohammed Reza Shah Pahlavi, the King overthrown by the 1979 revolution, believed that “a country without nuclear capability is no major power.”

In light of the above, even though an interim agreement has been reached and there has been a certain relaxation in the bilateral relationship, it remains difficult to foresee fundamental changes in US-Iran relations, without which the fundamental resolution of the nuclear issue will only be an extravagant hope.