Sharp Power Should not Cut Ties 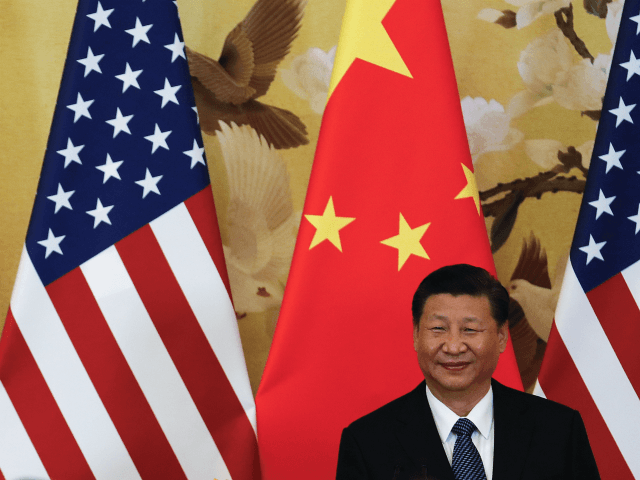 The term “sharp power” has become popular amongst academics, journalists, and strategists in the West. According to the report by the US National Endowment for Democracy, the sharp power means the “being felt authoritarian influence”, of course in the western world. The Economist defined this new term as a reliance on “subversion, bullying and pressure, which combine to promote self-censorship.” And both used this neologism to describe China’s activities. Nevertheless, we have to celebrate the fact that after years’ peaceful development China finally has been “felt” in the West, even the negative ways described.

When I was a student in university studying international relations, anarchy was the first concept I learned, which means states have to rely on themselves to maintain their independence and security because of the absence of an overarching authority. Both realists and the liberals agree that the international system is based on anarchy although they don’t agree on how to cooperate or change the world. All countries would resort to “subversion, bullying, and pressure” to a certain extent in the anarchic international system, if necessary. So, there is no innocent country on the international stage. Truly, we cannot believe that the Western powers, like United States, have never gotten involved in any kinds of “subversion, bullying, and pressure”, even if they don’t claim to promote self-censorship. Actually, the United States has always been a master in this field, for example the notorious anti-communism campaigns in the Caribbean and South America during the Cold War and the PRISM program disclosed by Edward Snowden. That is why the CIA is so famous all over the world. In addition, we do not need to mention the illegal Iraqi war or President Donald Trump’s terrifying tweets against other countries. As for the economic sanction, it is very easy to find out which country uses this weapon the most.

For me, sharp power is the “China threat theory” by another name, which portrays China as a bad state with malicious aims to threaten the Western world or the current international system. However, the fact is that China has walked through the revolutionary era and is now committed to join international society peacefully with continuous “reforms and opening-up”. As Chinese president Xi Jinping claimed in 2015 when he visited the United States, “China is the current international system’s builder, contributor, and developer, and participant, and…beneficiary.” So, the growing power and influence of China can be attributed to the peace, freedom, and openness of international system to a great extent, including access to world-class universities, think tanks, and businesses. This is the charm and benefit of globalization. Every country develops by playing to its comparative advantage. And it is certain that China is the one that has been changed greatly, not only in tangible power but also in intangible minds, because the West, especially the United States, still has the strongest hard and soft power. So, as a country that has just been “felt” in the West, it is ridiculous to believe that China’s “sharp power” is hurting the USA’s interest.

It is hard to identify what “sharp power” includes, because neither the US National Endowment for Democracy nor The Economist has pointed out one by one, but it is definitely a bad idea to cut off the interactions between universities, think tanks, and even impose restrictions on Chinese students’ applications to US universities in order to resist Chinese ideology or soft power, as some Western journalists or scholars have argued. Technically, it may succeed in stopping the spread of technology in the short term. But it will definitely fail in a long term. For example, the United States cannot even stop an extremely weak and poor country like North Korea from developing nuclear weapons. And more importantly, as Joseph Nye, who coined the terms soft power and smart power, has argued, “as democracies respond to China’s use of information warfare, they have to be careful not to overreact. Much of the soft power that democracies wield comes from civil society, which means that these countries' openness is a crucial asset.” Cutting off the links between China and the West does not only deprive China access to advanced technology and Western thought, it also gives up its power and influence over China. Furthermore, it will also harm globalization, international peace, trade and cooperation. I believe no one wants to live in a divided world, like the world during the Cold War era.

The concept of sharp power reveals a kind of anxiety in the West as China is becoming stronger and more influential. While Chinese become more confident, Westerners should not lose their confidence. The report of 19th CCP Congress argues that “[n]o country can address alone the many challenges facing mankind; no country can afford to retreat into self-isolation.” Neither China nor the United States could do that. The French film LUCY argues “Ignorance brings chaos, not knowledge.” Our foreign communications aim to introduce China to the West with culture, facts and knowledge, not to export ideology or subvert the Western world. Isolation, de-linkage and lack of self-confidence would bring conflicts, not confidence.

To sum up, the concept of “sharp power” is nothing but another demonizing tool against China, even if it seems like an academic term. So, we do not accept it. However, if “sharp power” could be explained as a new dimension to evaluate a state’s capability to learn, transform, and innovate in this modern era, it will be of more academic significance.

Sharp PowerChina-US RelationsPeople-to-People Exchange
printTweet
You might also like
Back to Top
CHINA US Focus 2018 China-United States Exchange Foundation. All rights reserved. Disclaimer