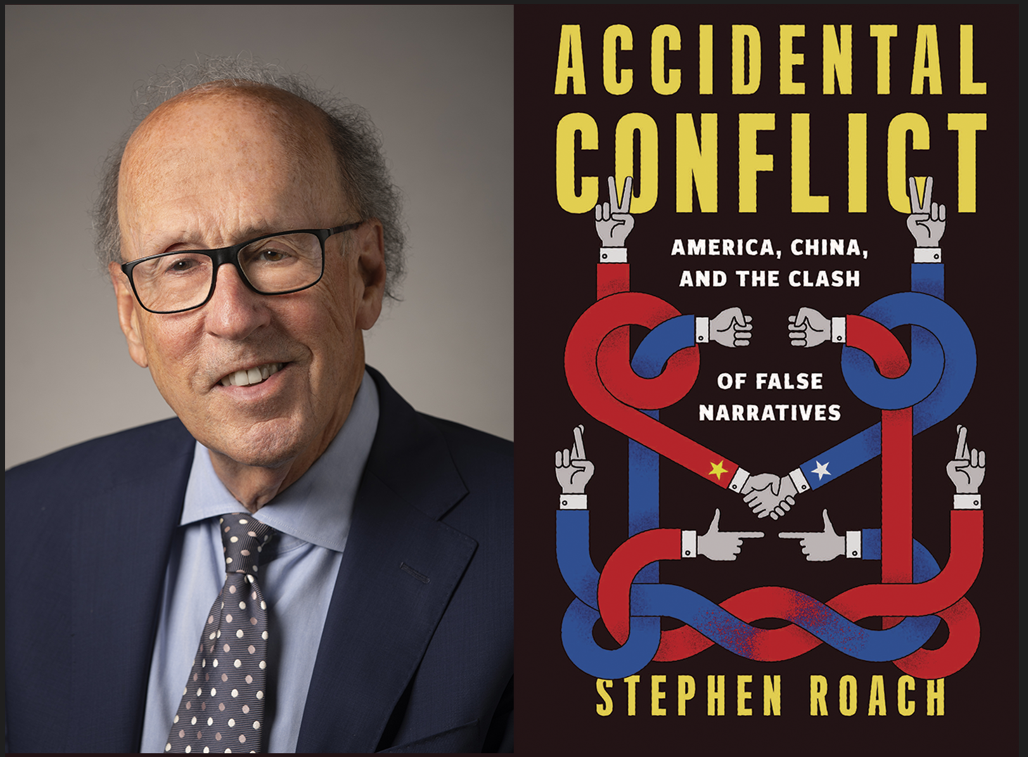 Stephen Roach has long been one of Wall Street’s most influential economists. His work has appeared in academic journals, books, congressional testimony and has been disseminated widely in the domestic and international media. Roach’s opinions on China, the United States, and the global economy have been known to shape the policy debate from Beijing to Washington.

A combination of thought leadership on Wall Street and academia places Stephen Roach in the unique position as a leading practitioner of analytical macroeconomics. After thirty years at Morgan Stanley, mainly as the firm’s chief economist heading up a highly regarded global team followed by several years as the Hong Kong-based Chairman of Morgan Stanley Asia, he joined the Yale faculty in 2010.

For Stephen Roach, the debate has always been more important than a precise answer to the complex interplay between economies, policies, politics, and markets. Fascinated by the lessons and experiences of other nations, he has a special penchant for “forensic macro.” A forecaster by training in his early days as a Fed economist, Roach has long been mindful of the perils of historical extrapolation.

Roach’s focus on the US-China relationship is an outgrowth of the interplay between two major strands of his professional experience — a leading US economist and a leading western analyst of a rising China. His most recent book — Accidental Conflict (2022) — draw extensively on that focus. 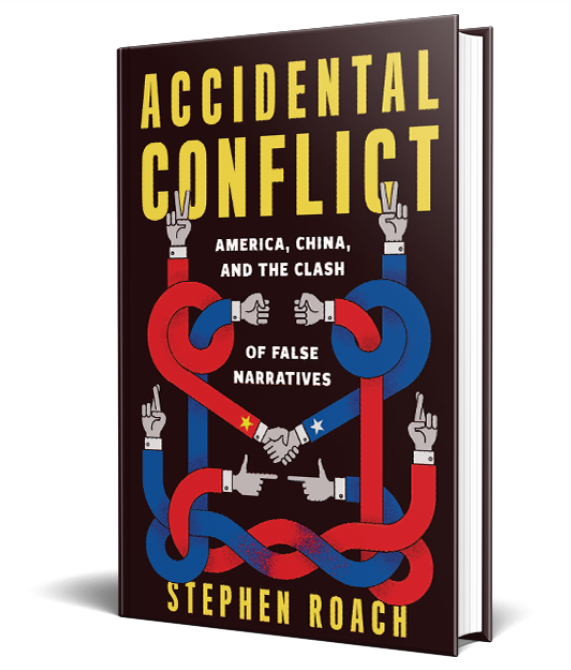 America, China, and the Clash of False Narratives

The US-China conflict is an accident that wouldn’t have happened were it not for the false narratives that both America and China have embraced toward each other. For the United States, a massive trade deficit with China is the scapegoat, even though it is an outgrowth of America’s own shortfall of saving. For China, fears of containment by the United States are seen as an existential threat to its aspirations of prosperity, deflecting focus away from a consumer-led transformation of its economy.

America and China share one critical inclination: it is far easier to blame the other than to accept responsibility for their own shortcomings. This blame became the high-octane fuel of conflict. Over the short span of just four years, 2018 to 2021, America and China have entered a trade war, a tech war, and now the early skirmishes of a new Cold War.

In a hard-hitting analysis of America and China’s economies, politics, and policies, Roach posits that the false narratives on both sides, amplified by information distortion and social networks, are more a reflection of each nation’s exaggerated fears of the other than an honest self-assessment of problems of their own making.

Outlining the disastrous toll of conflict escalation between China and America, Accidental Conflict concludes with an innovative road map of conflict resolution that stands in sharp contrast to the failed approach that has taken the Sino-American clash to the breaking point. A new strategy is desperately needed — before it is too late.