Straw Men and the Thucydides Trap 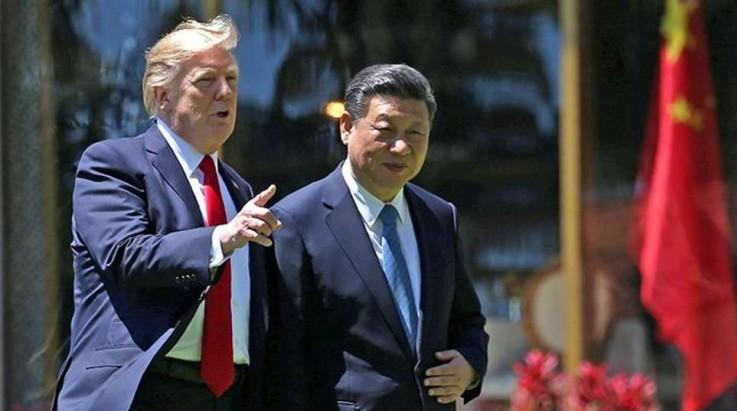 Over at SupChina, a website covering China-related news, Arthur Waldron, an American scholar of China, offers a harsh review of Graham Allison’s new book, Destined for War: Can America and China Escape the Thucydides Trap? Waldron makes three principal arguments: Allison misinterprets Thucydides, the “lessons” of history tell us that accommodation is a mistake, and Allison ignores China’s own economic and social difficulties. Overall, he finds Allison’s book “superficial.” The same, however, can be said of his review.

Are there problems with Graham Allison’s interpretation of Thucydides? Yes. To my knowledge, my own October 2015 article, “Putting Thucydides Back into the Thucydides Trap” is still the most detailed piece on what Thucydides actually wrote and how it might be relevant to today. It is also true that Allison may understate the enormous economic difficulties contemporary China faces. Does it then follow that everything Allison has written is bunk? No.

Waldron’s commentary on Allison is uncharitable, and it sets up arguments Waldron feels confident he can quickly knock down. But here’s the embarrassing bit: Waldron doesn’t even manage to convincingly defeat his own straw men.

To defeat his first straw man, Waldron offers three counter examples. First, in Thucydides’ actual history, war was certainly not inevitable, a fact most clearly shown by Archidamus’ offer to the Athenians to remove the Megarian Decree; had Athens simply obliged this request, war could have been avoided. Second, Japan, the rising power, started a war with Russia, the established power in 1904. Third, in 1941, it wasn’t America that started war with Japan, but Japan with America; ditto for Germany in the 1930s.

Waldron’s first counter-argument is perfectly true. The Peloponnesian War almost certainly would not have occurred if Athens had simply removed its Megarian Decree (apparently an embargo on Megarian goods and people), which Athens’ Pericles had imposed as a punishment on Sparta’s ally Megara (see Thucydides 1.67). But it is an argument that proves too much, a detail to which we will return below.

Waldron’s second counter-argument is again perfectly true: Japan initiated war with Russia in 1904, and not the other way around. But that’s just not the point. Waldron interprets Allison’s argument over-literally, saying that the “Thucydides Trap” argument requires the status quo power to initiate a war with the rising power. In fact, Allison merely uses the phrase “Thucydides Trap” to refer to the general phenomenon of power transition in which war appears more likely, something long commented on by political scientists.

Waldron’s third counter-argument is true enough to sound good, but not true enough to prove his point. Japan attacked America at Pearl Harbor. True enough. But did Japan attack in response to American actions meant to “eliminate the Japanese threat”? In fact, this remains an intensely debated question on which there is no consensus among historians. Serious historians have argued, for example, that the U.S. intentionally provoked war with Japan to block Japan from attacking the USSR or SE Asia or even as a way to enter the war with Germany. Other historians have argued that the U.S. unintentionally provoked the attack. The provocation in question was America’s freeze of Japanese assets and an embargo on fuel exports to Japan beginning 26 July 1941. Such a freeze threatened Japan’s survival because Japan imported around 85% of its petroleum from the U.S. and the Dutch and British East Indies. Since Europe was at war and Germany had invaded the USSR, Japan now had no way to import petroleum. The Japanese realized that they faced literal impoverishment; only surrender or war could overcome the challenge. They chose war. More could be said, but the point is simple enough: history is not a morality tale, and in 1941 America did provoke Japan in significant ways; like the Athenians in the first example, the U.S. decided it would accept war rather than remove its offending decree. It is certainly not a coincidence that in both cases an economic embargo functioned as a provocation to war.

What then of the “lessons” of history? Waldron tells us that these “lessons” teach us that “Appeasement of aggressors is far more dangerous than measured confrontation.” Here’s the second straw man. Anyone who has bothered to examine Allison’s argument should know that Allison does not advocate giving China a free hand to conquer Asia. In fact, he talks about vital interests on both sides and the necessity of “risking war” to defend these interests. Waldron applies the term “appeasement” to how the Obama Administration apparently “went AWOL” in the late 2000s in the South China Sea (SCS). No evidence is provided to justify this claim. Even more surprising, Waldron, an expert on China, makes no attempt to evaluate the extent to which the disputes in the SCS accelerated because of unplanned and unpredictable regional incidents, such as Japan’s arrest in 2010 of a Chinese fishing boat captain or Japan’s nationalization of the Senkaku/Diaoyu islands in 2012. In fact, many serious analysts of this period see China responding ad hoc to the perceived provocations of others.

The final irony of Waldron’s “lessons” of history is that his own historical examples not only do not support his conclusion— “Appeasement of aggressors is far more dangerous than measured confrontation”—but actually contradict it. Why did Athens not withdraw the Megarian decree? Because its leaders opposed backing down or conciliating Sparta; in other words, in Waldron’s derisive term, “appeasing” the adversary. The failure to “appease” resulted in thirty years of war that destroyed the Athenian golden age. “What about Hitler?” Waldron would respond. Well, what about him? The belief in the late 1930s that appeasing him would satisfy his ambitions was foolish and wrong. But this does not mean that appeasement was responsible for WWII; Hitler was bent on war regardless. Nor does this mean that China’s leaders are modern-day Hitlers, an assumption Waldron’s argument makes but something he does not make explicit, and surely for good reason: it isn’t true. Does anyone think China’s leaders have an ideology equivalent to Hitler’s lebensraum, which mixed obsessions for food security, making Germany a continental empire equivalent to Russia and America, and racism hatefully directed against Jews, Slavs, and Roma, and—in Generalplan Ost—called for the destruction of the Polish nation, the starvation of the Ukrainians, the elimination of the Jews, and the extension of German territory far into the East? If so, justify your position; if not, stop talking about Hitler.

There is a real danger of war between the U.S. and China; if the two nations are to avoid war, they both need to make concessions and change their current behavior; time is running out. These are Allison’s points. A real review of his book would take them seriously.