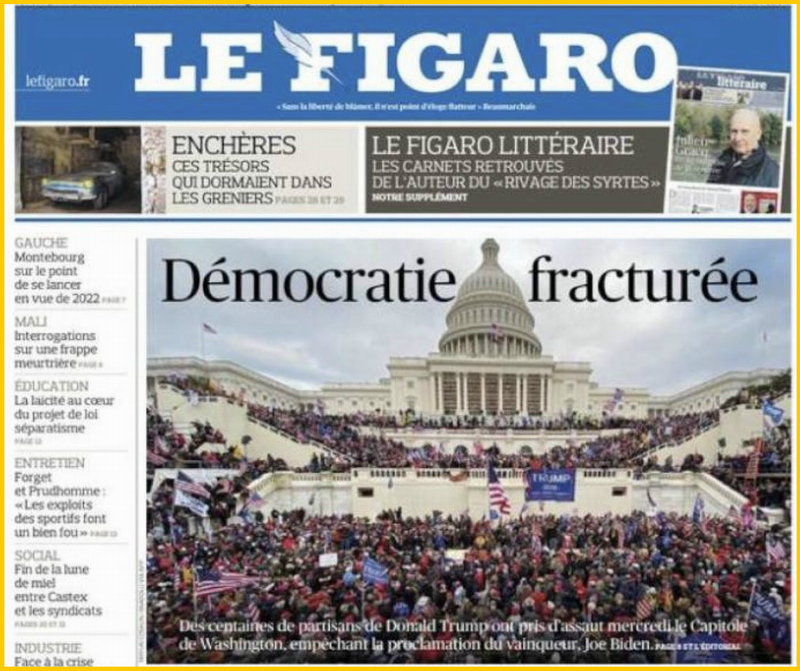 The “Summit for Democracy” planned by the Biden administration will subject the United States to all-around scrutiny by the international community, and the White House may find itself sinking into a dilemma of its own making.

While the U.S. intends to establish its own moral authority at the summit and reestablish itself as the world’s moral leader, the increasingly obvious downsides of America’s political system and the less-than-desirable outcomes of its efforts to export democracy to countries such as Afghanistan will again be in the spotlight.

The U.S. is often referred to as the longest-standing democratic polity in the world, but that’s not accurate. American scholars, such as Professor Suzanne Mettler of Cornell University, have observed that the U.S. had not become a “truly robust and inclusive democracy” until the 1970s — long after independence and a process of democratization that lasted for two centuries.

Since the 1970s, when the U.S. government began to promote neoliberalism and so-called trickle-down economics, inequality has grown increasingly severe in the country. Because economic and political inequity are twin sisters, the the decay of democratic institutions became more prominent over the past few decades.

Polarization and tribalism have also continued to escalate. Not only have Democrats and Republicans come to see each other as enemies but both parties have been bogged down by internal strife. Even the general public has become sharply partisan. A 2016 poll found that 55 percent of Americans felt strongly about their children marrying a Democrat or Republican.

The Jan. 6 occupation of the U.S. Capitol in Washington D.C. by an angry mob is powerful evidence  of the crisis facing U.S. democracy. Nearly a year has passed since President Joe Biden’s inauguration, yet more than 70 percent of Republican voters continue to believe his election was illegitimate.

Meanwhile, Biden’s approval rating has dropped below 40 percent. Generally a U.S. president enjoys a honeymoon period with voters in the first year. But Biden not only faces pressure from the Republican Party but his status within the Democratic Party is also being challenged, with 24 percent of Democratic voters opposed to him running for reelection in 2024.

The American public’s decreasing confidence in government officials and members of Congress over the past few years has a high correlation with the U.S. political system’s weakening capacity for resolving major issues. There are serious problems in the U.S. electoral and judicial systems as well as racial inequality and a wealth gap, but American political elites are unable to craft necessary reforms. Francis Fukuyama of Stanford University believes U.S. democracy has degenerated into a kind of “vetocracy,” which results in increasing political dysfunction.

In sharp contrast, the operating cost of the U.S. democratic system continues to increase, and plutarchy is on the rise. The 2020 U.S. presidential and congressional elections were the most expensive in U.S. history, with a total expenditure of $14 billion — more than double that of 2016. American political elites tend to define democracy with elections. But elections have become a game for the rich, with lobbying and political donations becoming legitimate forms of bribery. The wealthy have become the most organized political group. As professor of political science Jacob Hacker of Yale University said, winner-take-all politics is all the rage in the U.S.

The decline of U.S. democracy is manifest in the scorecard of Freedom House, an NGO that advocates democracy. Ten years back, Freedom House gave the U.S. 94 points out of 100; today that has dropped to 83. The group’s Sarah Repucci noted that the organization “has been tracking a gradual decline in respect for political rights and civil liberties in the United States over the past decade.” A Pew survey of 16 advanced countries, including the U.S., found that 57 percent of international respondents and 72 percent of American respondents believed the U.S. is no longer an example of democracy that other countries should follow.

Still, the Biden administration will attempt to demonstrate U.S. superiority at the Summit for Democracy. Of course, it’s up to the U.S. to determine which countries are democracies and get an invitation to participate, and which are not. The list of invitees released by the White House has received considerable criticism. To some human rights activists, many participating countries aren’t up to democratic standards, or have undergone serious democratic backsliding in recent years — for example, India, Kenya, Iraq and the Congo. By Freedom House criteria, about 30 percent of the participating parities are either not free or only partially free.

Clearly, the Biden administration’s Summit for Democracy has geopolitical purposes. The U.S. wants to embarrass China and Russia, for example. In order to coalesce an alliance against China in the Indo-Pacific, the administration has invited the Narendra Modi government of India and the Rodrigo Duterte government of the Philippines despite opposition from human rights organizations. Some European countries have performed poorly with their immigration and Muslim policies in recent years, but they are indispensable for achieving U.S. geopolitical goals. For example, Poland has been invited so that Russia can be resisted more forcefully. Meanwhile, Hungary was not invited because it maintains fine relations with China and Russia. Against the backdrop of the Biden administration’s all-out effort to promote major-power competition, the U.S. has introduced a policy of divide and rule within the European Union.

In fact, the Biden administration needs one team to operate the Summit for Democracy and another to address the side-effects of the summit. The high-profile event, which is meant to honor one of Biden’s campaign promises, may further damage the administration’s credibility while at the same time deepening the schisms with China and Russia.

It is said that democracy is a journey, not a destination. No single set of democratic institutions is perfect, nor does a political model exist that is applicable to all countries. If the U.S. government truly cares about the welfare of the American people, it should refrain from using the rhetoric of democracy as a tool in a geopolitical game. It should not let a new cold war and an intense arms race deprive them of more of their already limited wealth.

DemocracyAmerican Politics
printTweet
You might also like
Back to Top
CHINA US Focus 2023 China-United States Exchange Foundation. All rights reserved.