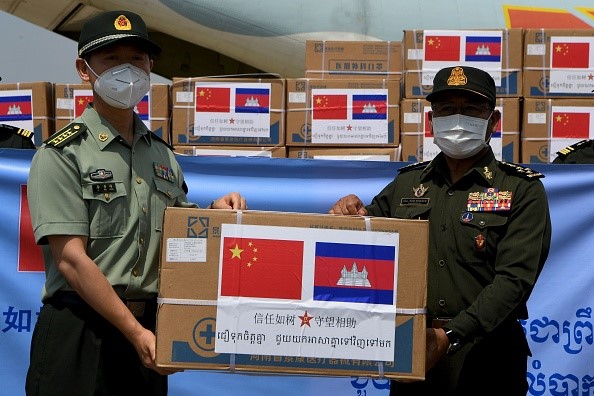 China is utilizing the novel coronavirus as strategic leverage to vie for global leadership in a post-pandemic era. Meanwhile, due to a lack of visionary leadership, the US continues to falter and maim its international reputation, which could lead to a significant shift in the world order.

Even with its series of initial mistakes in handling the epidemic, China has effectively used a scientific and health-driven approach to combat Covid-19. President Trump’s economic-fueled approach has undermined scientists and health professionals and neglected his own intelligence and military briefers.

China’s sweeping geopolitical strategy provides opportunities from Europe to Africa, whereas Trump White House’s provincial approach uses Taiwan and Sri Lanka as pawns in its Indo-Pacific Strategy. With the lack of diplomatic acumen and strategic vision for the United States, President Trump’s range of deflections, failures, misgivings, and utter incompetence in the face of Covid-19 presents a victory for China by default.

To deflect blame, President Trump recently announced a halt in US funding to the World Health Organization (WHO) while a review is conducted to evaluate its role in the “mismanage[ment]” of the pandemic response. Continuing the pattern of diversion, his own White House trade adviser Peter Navarro was recently humiliated for misrepresenting historical facts to conceal mistakes in an interview with CBS’ 60 Minutes, an American television program. Yet, to remind Americans he is a “cheerleader” for the United States, Trump also ensured that his name is printed on stimulus checks, an unprecedented form of “retail politics” with inferiority complex.

Meanwhile, Beijing continues to pursue geopolitical ambitions and has emerged as the perceptive leader in humanitarian response. Its “donation diplomacy” has provided thousands of masks, ventilators, and even doctors, as well as millions in relief aid from Europe to Africa. President Trump invoked the Defense Production Act to initially halt export of 3M facemasks to the neighboring Canada and beyond. Ironically, the US itself has accepted more Chinese aid than it provided to its own people.

Indeed, Chinese aid to the US and beyond comes after its initial Covid-19 cover-up that endangered the world. Some even suggest that China’s generous aid is an attempt to blur this memory. However, the aid more so represents a strategic opportunity to transform the Belt and Road Initiative (BRI) into a new Health Silk Road and bolster its global reputation.

Taiwan has gotten caught in the crosshairs of China’s attempts at enhancing the BRI and the American attempts to counter it. Beijing and Washington spent weeks casting accusations at one another, referencing Taiwan and the WHO; however, recent weeks have seen a surprising pivot towards rhetoric alluding to cooperation between the two nations. On March 26th, Trump tweeted that he finished a “very good” conversation with President Xi Jinping, stating, “We are working closely together. Much respect!”

Despite this, President Trump slighted China by signing the Taiwan Allies International Protection and Enhancement Initiative, or TAIPEI Act, into law on the very same day. The legislation, which China has called “evil,” all but recognizes Taiwan as independent. It encourages other countries to establish relations with Taiwan, promising to increase US “economic, security, and diplomatic engagement” with nations that do so. It even threatens to punitively “alter” its engagements with nations that undermine Taiwan. Given China’s “one country, two systems” policy and its reunification desires, the TAIPEI Act is considered sabotage against China.

Ultimately, the Trump administration hopes that this act will promote democracy abroad and pressure other countries into choosing partnership with the United States instead of China. The Trump administration believes that the economic and diplomatic benefits in this legislation, in addition to the Taiwan Travel Act, will serve as a more attractive alternative to China’s BRI.

While this act may enhance US-Taiwan relations, it is nothing more than a lame attempt to curb China’s growing influence. China’s BRI—estimated to incorporate up to $8 trillion in infrastructure development projects and connecting more than 100 countries—is far more attractive than the TAIPEI Act’s subtle threats and vague promises. At this point, there is virtually no benefit for most countries to join US ranks, which suggests that China is successfully shifting the global order.

Sri Lanka, for example, is a country becoming increasingly more important to US and Chinese foreign policy goals. US Ambassador Alice Wells called Sri Lanka an important piece of “real estate” given its strategic location in the Indian Ocean, which would allow the US to sustain maritime supremacy and contain Chinese expansion. However, the US is losing its grip over Sri Lanka, a change made evident by its failure to renew its Status of Forces Agreement, even after pledging $480 million in development aid via the Millennium Challenge Compact (MCC). The US and Sri Lanka spent months debating the strings-attached MCC compact, which the Colombo administration ultimately declined to sign.

Meanwhile, mere days after an urgent request from the Colombo administration, China extended a 10-year $500 million concessionary loan to help Sri Lanka manage Covid-19. China has the power of the purse, and Sri Lanka seems to be shifting alliances accordingly, like many other countries. The TAIPEI Act will be unlikely to sway Sri Lanka from Chinese partnership. Similarly, Taiwan is losing diplomatic relationships to China, now only maintaining fifteen.

Even before the Covid-19 crisis, the US’s reputation was losing to China. For instance, the United States failed to persuade its closest intelligence-sharing alliance of “Five Eyes”—Australia, Canada, New Zealand, and the UK—to choose 5G development partnership with Washington over Beijing’s Huawei.

China has taken advantage of Covid-19 to pursue economic partnerships that advance its foreign policy goals. Meanwhile, the Trump administration’s shortsighted policies that use Taiwan as a pawn are leading the United States into a natural defeat in geopolitics. If President Trump  continues to pursue failed policies, undermine intelligence, distrust allies, and shirk global responsibilities, China will be well-poised to replace the United States as the global leader in a post-pandemic era—not by grand design, but by default.

COVID-19Indo-PacificGeopolitics
printTweet
You might also like
Back to Top
CHINA US Focus 2022 China-United States Exchange Foundation. All rights reserved.