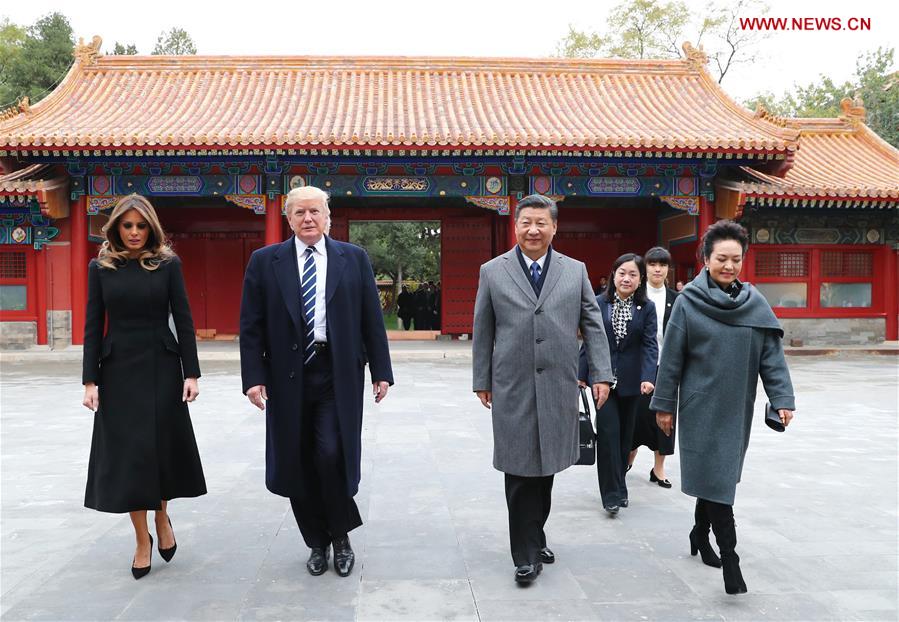 Ever since China’s economic reforms began in 1978, the goal of U.S. foreign policy has been to “manage” China’s rise so that it might become a worthy member of the community of nations dominated by the U.S. and its allies. Republican and Democratic administrations alike have sent Beijing essentially the same message: the U.S. supports a “peaceful, stable, and prosperous” China that will play by the international rules while reforming internally so as to become less autocratic, if not democratic.

For a time, especially in the early decades of reform under Deng Xiaoping, China did seem to conform to Western expectations. It made no attempt to challenge U.S. predominance in the Pacific (or anywhere else), its military modernization was modest, and its singular focus was on rapid economic development. Granted, the crackdown at Tiananmen in 1989 showed that political liberalization was not on the cards for China for quite some time. But overall, China’s behavior gave U.S. and other leaders cause for optimism, particularly as economic reforms opened China to international trade and, later, foreign investment, and as China began joining various regional and international organizations.

What American leaders failed to perceive was that China’s rise was not going to include liberalizing political changes. Instead, China would seek to become a major economic player while sustaining the party-state system and preventing the equivalent of an Arab Spring. China’s growing wealth, founded on a distinctive “market socialism,” would also present a new model of development for Third World countries to follow, an alternative to the Washington Consensus and its insistence on “structural adjustment.” The notion that prevailed in the U.S., that China could be a “responsible stakeholder” in international affairs, meaning it would support U.S. policy priorities, never gained traction in Beijing. There, as Xi Jinping would tell Barack Obama, the goal was (and remains) having a “new type of great-power relationship” with the U.S. The message? The stronger China becomes, the stronger the drive for influence, power and an equal seat at the table.

This is the Chinese reality that Donald Trump has stumbled into. He was hardly ready to “manage” China’s emergence. Far from it, he had no idea about China past or present – his only experience was as the landlord of a Chinese bank with an office in Trump Tower. But that didn’t stop Trump from insisting that “I have a great relationship with China. . . . I know China.” Inexperience, overconfidence, and an emerging “America First” mentality led Trump to cast China as a villain as far back as 2011, when he told CNN that China was an “enemy” and needed to be punished for its unfair trade practices. He also held China responsible for the climate change “hoax,” lost U.S. jobs and currency manipulation. Shift to the present and we can see that Trump’s approach to China hasn’t changed. China remains the villain: preventing North Korea’s denuclearization, stealing U.S. intellectual property, building up its military, and still refusing to level the playing field on trade. His national security and intelligence community may be focused on Russia, but Trump is riveted on China, notwithstanding his supposed friendship with Xi Jinping.

Thus the National Security Council, in its 2017 strategy paper, cast both China and Russia as the leading threats to U.S. national security. What that assessment is now doing is giving Beijing and Moscow an incentive to tighten their relationship. Militarily, Russian sales of sophisticated arms are increasing, as are large-scale joint exercises. Economically, their trade has greatly expanded. Clearly, they are sending Trump a message even though Sino-Russian cooperation is well short of a formal alliance.

Meanwhile, the U.S. seems to be providing China with another gift: new diplomatic successes. China’s relationship with Japan has suddenly warmed. Prime Minister Abe Shinzo will be visiting Beijing in October, after he and Xi issued a joint statement in defense of the World Trade Organization and globalization, both of which Trump detests. Economic ties with Germany and South Korea have also improved in the wake of U.S.-China differences. From his abandoning of the Trans-Pacific Partnership to his trade wars, Trump is also harming U.S. businesses and consumers. And his administration is preventing cooperation on climate change, which has already been undermined (except in California, which is forging ahead with China) by withdrawing the U.S. from the Paris accords. U.S.-China tensions have apparently reduced Chinese as well as Russian incentives for curbing illicit oil transfers to North Korea in violation of UN sanctions.

The task of promoting human rights in China is now even more difficult. On the rare occasion that Washington raises its voice to defend human rights, it is more easily ignored by Beijing than in the past. An example is the U.S. threat of sanctions in response to the incarceration and “reeducation” of nearly one million Uyghurs in Xinjiang province. The threat is hardly likely to register with Beijing while a trade war is going on. And it puts the onus on the Europeans to prioritize human rights over another hefty trade package with China. So far, they don’t seem anxious to sacrifice profits for a stronger stance on Muslim rights.

Coming to Grips with China

China’s role in world politics is changing dramatically. It no longer seeks to “hide its profile and bide its time,” as Deng Xiaoping advised. On the contrary, many Chinese foreign policy specialists speak of a post-American world, one that is not merely multipolar but one in which China is the U.S.’s equal. Some Chinese specialists, such as Zhang Tuosheng, maintain that China will soon eclipse the U.S. in the Asia-Pacific balance of power. In this new Asian order, China has the ability to defend its territorial claims in nearby waters, and possibly even deter the U.S. from protecting Taiwan. China can step in when U.S. relations with longtime alliances fray (e.g. its alliances with South Korea and Turkey), challenge U.S. policy on high-profile issues (e.g. on Iran and North Korea), be the leading voice on globalization, buy economic dominance and strategic access in developing countries, and be a global leader in energy conservation.

America’s China problem is therefore no longer about “managing China’s rise.” It is about finding ways to more deeply engage China on transnational problems, such as climate change and energy, while also establishing rules of the road to avoid military confrontation in the South China Sea and Taiwan Strait. Engagement does not exclude standing up for human rights (by either side, it should be added), negotiating better trade and investment terms, or confronting aggressive behavior in or beyond East Asia. What it does exclude is treatment of the other as an enemy. Inevitably, China’s military power will grow to match its widening economic reach, which now extends beyond the Belt and Road Initiative across Asia and the Mediterranean to Latin America. The U.S. will have to adjust to that new reality and invest more in common security, such as cooperation on energy conservation and renewable resources, than in containment and trade wars. And that adjustment, as Kurt Campbell and Ely Ratner have recently written, starts with “a new degree of humility about the United States’ ability to change China.” That means refocusing on U.S. strengths: its influence in multinational commercial and environmental forums, its alliances, and the attractiveness of its ideals.

U.S.-China Rivalry
printTweet
You might also like
Back to Top
CHINA US Focus 2021 China-United States Exchange Foundation. All rights reserved.