The Future Has Come. Cooperation Hasn’t. 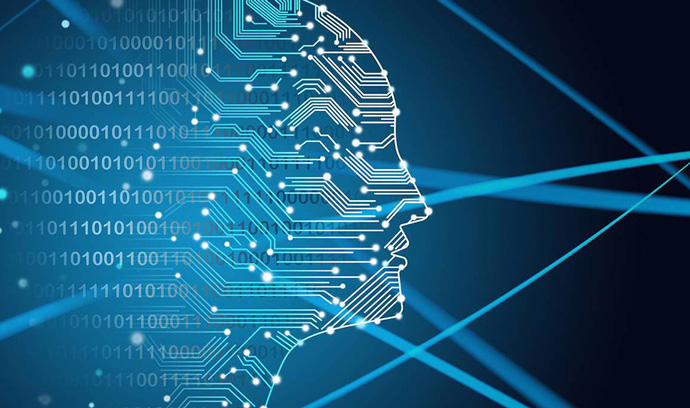 In Beijing, scholars of China-U.S. relations are cramming themselves with knowledge in two areas. One involves the lessons that can be learned from the Cold War and the strategic game between the Soviet Union and the United States. The other is the influence of new technologies, especially artificial intelligence, on human production patterns, as well as their impact on international relations. This interesting phenomenon shows that China is ready to face strategic competition as a major player on the global stage.

China and the U.S., which have entered what’s been called the post-engagement era, are being forced into strategic competition as various factors mount. Rising competition in both traditional and emerging fields is adding fuel to the situation, making it even more complex and severe.

In traditional fields, China and the U.S. have been committed to a face-to-face strategic game for nearly a decade in the western Pacific area. Military forces have been deployed, and there is no sign indicating detente. Additionally, since withdrawing from the Intermediate-Range Nuclear Forces (INF) Treaty, the U.S. has attempted to initiate a new round of multilateral negotiations on nuclear disarmament, for which it demands China’s inclusion out of fear that the rapid development of China’s intermediate-range nuclear forces combined with a de facto alliance between Russia and China may eliminate U.S. strategic maritime dominance and U.S. ability to launch a first nuclear strike.

In emerging technologies, AI has come to the center of China-U.S. strategic competition. Both countries strive for the high ground in the new technological and industrial revolution, hoping to gain a head start advantage to secure a win in the “battle for the destiny of the country.” China aims to secure a world-class position in AI theory, technology and applications by 2030 and become a global center of innovation in this field. As for America, in an executive order signed by Donald Trump in February 2019, the president said the U.S. must maintain its leadership in AI. In the U.S., some people are pushing the country to decouple from China in key technological areas, AI included, in an effort to stop it from “overtaking on the bend,” or even “overtaking by taking another lane.” In response, so-called technological patriotism is running high in China, which mainly features increasing independent research and development in the spirit of “two bombs, one satellite.” Beyond AI, the semiconductor industry also sees heated competition.

Henry Kissinger warned that the world is “in the foothills of a cold war.” One of the defining features of the last century’s Cold War was that the U.S. and the Soviet Union engaged in geopolitical competition in key strategic areas in the forms of both face-to-face confrontations and “proxy wars.” In the meantime, both countries fanatically pursued state-of-the-art technologies to improve their odds in the competition of comprehensive national strength. The U.S. leveraged the Coordinating Committee for Multilateral Export Controls (CoCom) to prevent the Soviet Union from gaining advanced technologies from the West through trade, and finally, with its advantage in military and civilian integration, beat out the Soviet Union and won the competition for power. Now, we cannot yet use the term “Cold War” or “new Cold War” to define the changes in the global landscape, but competition in both traditional areas and new ones are beginning to emerge.

In November, at the age of 96, Kissinger paid another visit to Beijing, this time to attend the Bloomberg Next Economy Forum, rather than involving himself with geopolitics, with which he is more familiar, or acting as a messenger between the White House and Zhongnanhai. Kissinger has been following the trend and researching AI. He confessed that he was not a believer in new technologies several years ago but has since realized that humankind is about to face tremendous changes. In an article published in The Atlantic recently, Kissinger expressed worry that AI might one day replace rational analysis by human beings, signaling the “end the enlightenment.”

In the article, Kissinger talked about the “brand new, even more fundamentally technological revolution” from the perspective of humans. Although he did not mention how this revolution will affect the power structure of major countries, he didn’t hesitate to point out that the world order is facing a “disruptive revolution.” In contrast, major countries have been the unquestionable leaders on the map of the world order that Kissinger once drew.

As AI develops, discussions about this new technology are expanding into more dimensions. There are three main levels of concern.

First of all, philosophically, (which was Kissinger’s focus), who will be the leader of the future — human or machine? Will humans become slaves to machines in the end?

Third, it is common sense that no country can resist the temptations of the technological revolution. To defeat adversaries at critical moments, a country may seek technological advantages relentlessly to take advantage of the power it enables — especially AI. In the future, what may be more important than how to govern technology may be how to constrain the desire for it.

Discussions at these three levels are not independent from each other but are closely interconnected. At this moment, people’s fear of the future is, to a certain degree, generated by the unknowns created by a combination of new technological platforms and traditional contradictions.

Given today’s technological development trends, in particular AI, China and the U.S. are generally recognized as the two main leaders. The U.S. is endowed with fundamental research and development advantages of “from zero to one,” while China leads the world in technology applications and engineering, thanks to its huge population and tremendous data resources. If the two countries could pull off competitive cooperation in the future, AI technology could be expected to achieve fast, quality and standardized development with mutual benefits. Otherwise, if the two countries seek technological hegemony, erect technological and resource barriers and act willfully and cut each other off, they will both see a deceleration of technological development, which will in turn create more risk for humans losing control over technology.

A statistical survey of scientific and engineering publications showed that from 2014 to 2018, publications co-authored by Chinese and American scholars increased by 55.7 percent, which means that if the U.S. rashly ends scientific research cooperation with China, it will see a significant decrease in its own publication volume.

Major powers like China and the U.S. must face another challenge: AI technology is subject to a fairly low threshold. Besides the major powers, many others are actively pursuing militarization of AI technology, including some mid-power countries that are experiencing unfavorable conditions in military confrontations. Some of them would, once they receive the benefits of technological diffusion, first pursue starter advantages and asymmetric strategies, which would force major powers to increase investment in the same area and add uncertainty and unpredictability to international security. Even worse, just imagine what terrorist organizations could achieve if AI technologies fall into their hands.

Is it possible that people driven by traditional ideas of geopolitics, a zero-sum game, absolute control and asymmetric strategies will ignore or turn a blind eye to the needs of utilizing new technologies in a standardized and moral way and finally open Pandora’s box, letting out the monster of technology and pressing the button that ends the history of mankind? What choices will major powers make and what roles will they play in this overwhelming trend?

There are certain similarities in such questions with critical moments during the Cold War, when the U.S. and the Soviet Union pushed humanity to the verge of extinction as they consistently pushed their nuclear strategies to the brink of mutual destruction. Yet there is a major difference: The rationality of major powers and the commanders of warships ended the Cuban missile crisis, but who will come to the rescue in a disaster created by a third party or non-state actor utilizing new technologies, or in a crisis caused by independent AI decision-making?

It is a tough task to manage and guide the balancing act between power competition and universal values. It is a task for which major powers must take initiative. In light of China-U.S. relations at the current stage, cooperation in AI development is virtually impossible, while vicious competition looms large.

China’s national professional committee on next-generation AI governance issued eight principles for general AI governance, including harmony and friendliness, fairness and justice, inclusiveness and sharing, respect for privacy, security and controllability, shared responsibility, open cooperation and agile governance. Of these principles, “responsibility” and “controllability” are the keys and the most likely to gain international consensus. Universal values shared by all humankind do exist, as does the possibility for China and the U.S. to conduct dialogue and cooperation in AI development. In this regard, Europe is leading the way, and China and the U.S. must catch up with it.

As hostility decreases, China and the U.S. are in urgent need of new “sailing ballasts” or “rudders” to stabilize the ship of bilateral relations. Economic and trade cooperation is suffering, in light of which discussions about cooperation in global governance is meaningful. Research and development on emerging technologies, including AI, the establishment of response rules and armament control after the militarization of certain technologies could all serve as topics for dialogue and consultations.

However, we should not rely on such communications to bring China-U.S. relations back to constructive engagement. Over the next several decades, the primary feature of the relationship will remain strategic competition. The urgent task will be risk control. As for new ballast, the only expectation is that the two countries could, by flying kites and other games, establish a relatively stable organizational framework and finally achieve a balance of power.

The new era of emerging technologies featuring AI is just around the corner. Every major power must realize that none of them can single-handedly lead in this new era. No matter how agile governance may be, it may yet fail to keep pace with the evolution of self-learning machines. We need to have some reverence toward the future, grasping not only common knowledge in competition and games but also in learning lessons of self-restraint and management.

AIInformation TechnologyGlobal GovernanceGlobal Power
printTweet
You might also like
Back to Top
CHINA US Focus 2022 China-United States Exchange Foundation. All rights reserved.