The G-7 and NATO: Trying to Placate Washington, but Not Antagonize Beijing 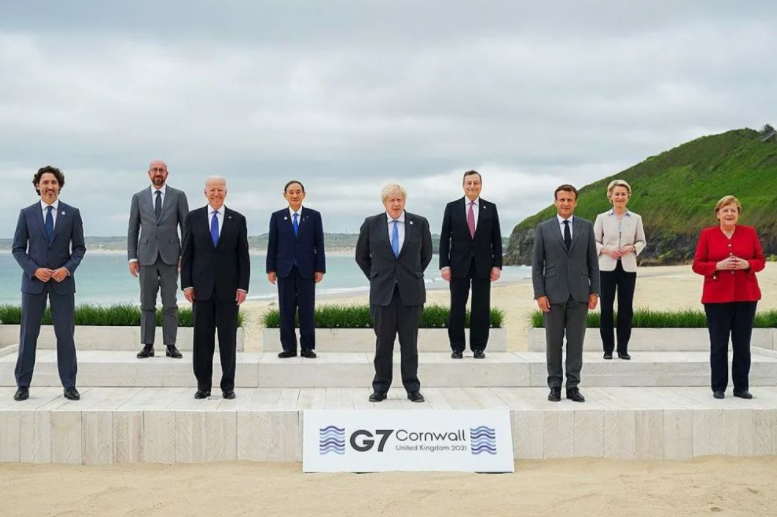 The recently concluded summit meetings of the G-7 and NATO exhibited attempts at delicate balancing acts on the part of members who faced the challenge of responding to Washington’s growing pressure on both bodies to take a strong, collective stance against the People’s Republic of China (PRC). The communiques emerging from the two gatherings reflected attempts to satisfy U.S. demands without adopting positions that might cause irreparable damage to relations with Beijing. PRC leaders, however, exhibited definite signs of annoyance at the handiwork of the two Western-led institutions.

Language in various sections of the G-7 communique confirmed at least a modest hardening of the group’s previous positions on Hong Kong, Taiwan, and human rights issues. In one unsubtle swipe at China (even though the PRC government was not mentioned by name), the G-7 participants emphasized that “We are concerned by the use of all forms of forced labour in global supply chains, including state-sponsored forced labour of vulnerable groups and minorities.”

Other portions of the communique were aimed more explicitly at Beijing. “With regard to China, and competition in the global economy, we will continue to consult on collective approaches to challenging non-market policies and practices which undermine the fair and transparent operation of the global economy.” The members did pledge to cooperate with Beijing “where it is in our mutual interest on shared global challenges,” such as climate change. The next sentence, however, illustrated the ongoing effort to accommodate Washington’s wishes. “At the same time and in so doing, we will promote our values, including by calling on China to respect human rights and fundamental freedoms, especially in relation to Xinjiang and those rights, freedoms and high degree of autonomy for Hong Kong enshrined in the Sino-British Joint Declaration and the Basic Law.”

The declaration’s language on Taiwan and related security issues, however, was surprisingly bland, and it likely disappointed members of the U.S. political and policy elites who are pushing for greater support for Taipei. “We reiterate the importance of maintaining a free and open Indo Pacific, which is inclusive and based on the rule of law.” With respect to Taiwan, “We underscore the importance of peace and stability across the Taiwan Strait, and encourage the peaceful resolution of cross-Strait issues.” More broadly in the region, “We remain seriously concerned about the situation in the East and South China Seas and strongly oppose any unilateral attempts to change the status quo and increase tensions.” Although there was implied criticism of Beijing’s stance on those issues, it was not explicit, much less harsh in nature.

Indeed, the entire tone of the communique was milder regarding China than it was with respect to other prominent U.S. adversaries, especially Russia. That difference was even more evident two days later in the communique that emerged from the NATO summit. More evident as well was the balancing act that other NATO members sought to execute in light of Washington’s pressure to adopt a common front against China and to pursue an even more belligerent policy toward Russia. America’s allies largely acquiesced in the latter demand, while working assiduously to dilute the former.

The Alliance’s confrontational stance toward Moscow could scarcely be more explicit. “We have suspended all practical civilian and military cooperation with Russia, while remaining open to political dialogue. Until Russia demonstrates compliance with international law and its international obligations and responsibilities, there can be no return to ‘business as usual’. We will continue to respond to the deteriorating security environment by enhancing our deterrence and defence posture, including by a forward presence in the eastern part of the Alliance.” In other words, NATO intends to continue its frequent military exercises (war games) and ongoing deployment of troops on Russia’s doorstep. The communique stated bluntly that “Russia’s aggressive actions constitute a threat to Euro-Atlantic security.”

The language with respect to China was noticeably more subtle and nuanced, albeit not especially cordial. “China's stated ambitions and assertive behaviour present systemic challenges to the rules-based international order and to areas relevant to Alliance security. We are concerned by those coercive policies which stand in contrast to the fundamental values enshrined in the Washington Treaty.” Note the use of the term “challenges,” not “threat.” However, the United States did manage to get its Alliance partners to state that “We remain concerned with China’s frequent lack of transparency and use of disinformation. We call on China to uphold its international commitments and to act responsibly in the international system, including in the space, cyber, and maritime domains, in keeping with its role as a major power.” Reflecting the Russophobic nature of the communique, though, Beijing’s principal sin appeared to be “cooperating militarily with Russia, including through participation in Russian exercises in the Euro-Atlantic area.”

Nevertheless, signers of the communique endeavored to soften the criticism of the PRC’s overall conduct. “NATO maintains a constructive dialogue with China where possible. Based on our interests, we welcome opportunities to engage with China on areas of relevance to the Alliance and on common challenges.”

The relatively tepid language about the PRC in both communiques indicates that even America’s closest allies are not fully on board for a hardline policy toward China. They did the minimum necessary by agreeing to statements that barely met Washington’s most insistent demands. Tellingly, neither the G-7 nor NATO approved substantive policies to curb Beijing’s alleged misconduct. President Biden pronounced that he was “satisfied” with the G-7 declaration, but that comment suggested something less than an enthusiastic verdict on his part.

The PRC government still did not react well to the moral posturing by the G-7 and NATO. Even before those summits, a spokesman for China’s embassy in London issued a blunt rebuke, stating that “the days when global decisions were dictated by a small group of countries are long gone.” Once the summit concluded, China’s reaction was even less accommodating. The communique’s language about human rights especially drew Beijing’s wrath. PRC officials charged that the criticisms reflected "lies, rumors and baseless accusations." The Group of Seven “takes advantage of Xinjiang-related issues to engage in political manipulation and interfere in China's internal affairs, which we firmly oppose."

Two developments in the days following the summits also made it clear that Chinese leaders were not intimidated by the positions that the Western powers had embraced. Hong Kong’s government cracked down on one of the leading dissident newspapers, Apple Daily, arresting its senior editors and freezing its assets. It is unlikely that the authorities would have taken that step without Beijing’s encouragement. Perhaps even more significant, the largest number of PRC planes to date penetrated Taiwan’s proclaimed Air Defense Identification Zone. A wave of 28 warplanes entered that airspace.

Washington’s allies are in a very difficult position. Efforts to placate both the United States and the PRC are proving ever more challenging, and that situation is not likely to ease. The attempt by those allies to steer a middle course at the G-7 and NATO was just partially successful, at best.