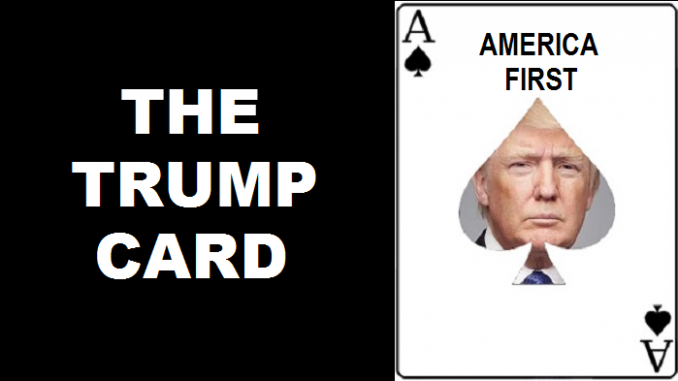 Acquitted from impeachment, boosted by personal-best job approval ratings, and seemingly confident of his re-election bid in November, can President Donald Trump better take on foreign policy for the rest of the year?

‘The Great American Comeback’ was the centerpiece of Trump’s 2020 State of the Union Address, which he delivered a day before he got his political vindication. His speech was laced with glowing all-time low unemployment figures and record-high economic numbers, which critics and the media were quick to dispute. Expectedly, his speech was domestically-focused, but its global message was also front and center – “The American Age, the American Epic, the American adventure has only just begun.”

In response to forecasts of a diminished US role in world affairs, Trump argued, “We have shattered the mentality of American decline, and we have rejected the downsizing of America’s destiny… and we are never, ever going back.” However, he also addressed those expecting the US to be the global policeman, saying that it is not America’s role “to serve other nations as law enforcement agencies.” Such rhetoric as well as his reassertion of US global military primacy and the Monroe Doctrine in the Western Hemisphere raised concerns of a greater resolve to act with a more unilateral conviction.

In the same vein, Trump announced that as rival powers increase their defense spending, the US would be investing a record-breaking $2.2 trillion into the military budget, which covered the creation of a space force. This move would ensure US supremacy in all military domains, including the increasingly competitive outer space. Conversely, he also relished allies’ increasing contribution to collective security arrangements, although this phenomenon did not start during his presidency – NATO countries had begun doing so since concluding negotiations under the Obama administration. Overplaying strong-arm pressure tactics, though, is engendering consternation among both Asian and European allies, which may undermine the strength of the alliance in the face of growing challenges.

Concerning Venezuela, Trump reaffirmed the US’s role in its traditional backyard through marshalling a 59-nation coalition against leader Nicolas Maduro. There can be no stronger statement than the presence of Juan Guaido in the gallery, a man Trump described as the “true and legitimate President of Venezuela”, while referring to Maduro as a “dictator” and a “tyrant” whose reign “will be smashed and broken.” He also called for the restoration of democracy in Nicaragua and Cuba, a contradiction to the thaw with Havana initiated by Obama.

As for the Middle East, Trump cited the peace deal he unveiled in a bid to end the Israel-Palestine feud. Based on recent events, that deal, notable for the lack of Palestinian participation, will likely be included in the list of failed attempts at resolving the historic regional flashpoint. While some Arab governments saw the proposal as a possible pathway for peace, their responses remain muted and equivocal, indicative of their delicate balancing act as the sad plight of the Palestinian people continue to provide a common cause for all Muslims. Former Malaysian Prime Minister Mahathir Mohamad railed against the deal, saying it is unjust and utterly unacceptable. Turkish President Recep Tayyip Erdogan also opposed it for ignoring the rights of Palestinians and legitimizing Israeli occupation. Trump also justified the killing of Qasem Soleimani, leaving a chilling warning to terrorists: “You will never escape American justice. If you attack our citizens, you forfeit your life.” The assassination of the high ranking Iranian general, along with the leader of an Iraqi state-backed militia umbrella, spawned debates about the strike’s legality and strained US-Iraq ties, putting the region in the throes of another long-drawn-out conflict.

Meanwhile, Trump expressed his intent to wind down America’s longest war, Afghanistan, citing ongoing peace talks. This may presage a US retreat from counterinsurgency and nation-building, which has drained US blood and bank for decades and has kept it out from the world’s most quintessential geography. However, while winding up in Kabul, the nine-year Syrian civil war shows no sign of abating, and US withdrawal from the country’s northeast — which greenlighted Turkey’s advance over the border — may have contributed to a turn for the worse as tensions between Ankara, on the one hand, and Damascus and Moscow, on the other, simmer.

In the speech, Trump highlighted his success in renegotiating what he considered as bad deals, as was the case with NAFTA. However, many claimed that the revised USMCA only had slight modifications from its forerunner. In dealing with China, Trump demonstrated his resolve to push back on trade malfeasance but, at the same time, showed a willingness to work with Beijing. He mentioned the recent interim trade deal which he argued will defend American workers, intellectual property, bring revenues, and provide a greater opening for US growers and manufacturers. Trump also said that he is coordinating and working closely with China on the coronavirus outbreak which has now evolved into a global pandemic.

But beyond trade, Trump was unable to follow through with his free and open Indo-Pacific vision. In fact, his apparent fixation on addressing trade imbalances — “unfair trade is perhaps the single biggest reason that I decided to run for President” — may only fan worries of a transactional foreign policy. While arguing to have reversed decades of undue Chinese trade practices, he also claimed that the US now has “perhaps the best relationship” with China, including with President Xi Jinping. The closest he got to values-promotion was a swipe against Venezuela, Nicaragua, and Cuba — “Socialism destroy nations, freedom unifies the soul.” This could very well also apply to China, North Korea, and Vietnam — not to mention his self-proclaimed democratic-socialist political rival, Senator Bernie Sanders. However, such remarks do not go too far in a complex and fast-evolving mega-region.

Unlike his last address, Trump did not mention negotiations with North Korea or progress on a new nuclear arms control regime with Russia that would bring China and others on board. Surprisingly, too, no mention was made of the upcoming special summit with ASEAN leaders in Las Vegas the following month. The summit would later be postponed just two weeks in advance because of coronavirus. While many concerns were raised by US officials over China’s Belt and Road infrastructure projects, Trump did not make any reference to the Blue Dot Network, a joint US-Japan-Australia undertaking announced last November, seen as a possible counterweight to China’s initiative. While the US had been campaigning around the world for allies and partners to ban Huawei from their mobile networks, still no clear alternatives were put forward. Growing resentment over steep increases in host nation support for US troops in South Korea and the unraveling of the 20-year Visiting Forces Agreement with the Philippines are serious tests that must be solved.

Trump’s determination to push back against China on trade while at the same time remaining open to work together on practical issues like controlling the spread of pandemics is laudable. But the Indo-Pacific is more than China. Besides, getting along with allies and partners presents a better approach for dealing with Beijing on a wide range of issues. Trump’s apparent disdain for multilateralism casts doubt on Washington’s ability to write the rules of the road and update global economic and environmental governance. Indeed, given persistent and emerging global threats, America First should not necessarily mean America alone.

U.S. Foreign PolicyDonald TrumpAmerica First
printTweet
You might also like
Back to Top
CHINA US Focus 2022 China-United States Exchange Foundation. All rights reserved.