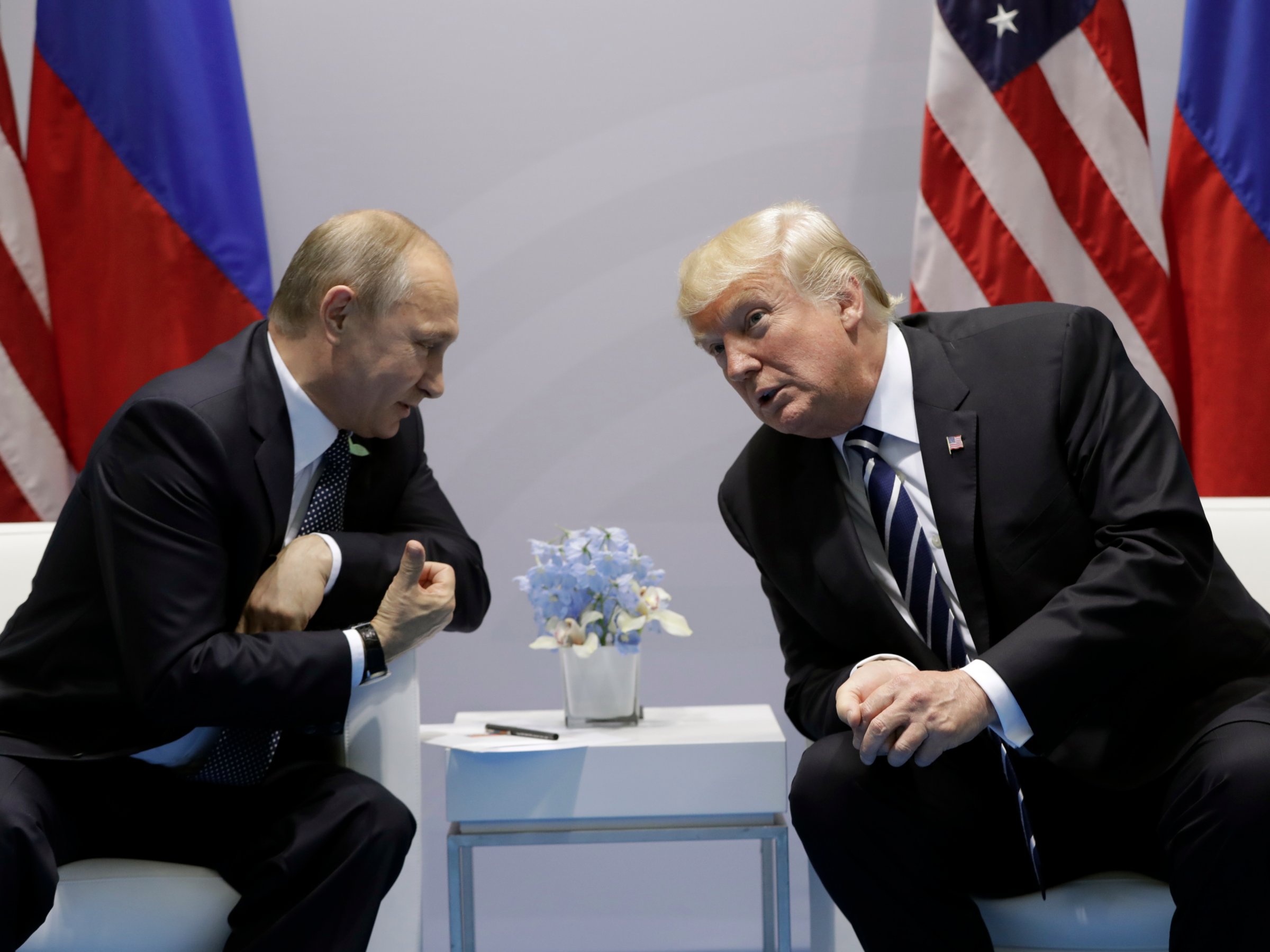 Tensions between the US and Russia have roiled the world. Recently, the two countries have expelled diplomats, shut consular offices, conducted massive military drills, and waged secret cyberwars against each other. This standoff is getting worse with each passing day.

Just a few months ago Presidents Donald Trump and Vladimir Putin exchanged warm words of admiration with each other, something that deeply impressed people all over the world. Now, people are baffled by this falling-out and the sudden return of animosity. Are the Trump administration and Russia off to a mercurial relationship?

At first, Trump and Putin seemed to have a warm personal relationship. They genuinely admired each other and hit it off well.

Putin wants to rejuvenate Russia, a country that has been reeling since the collapse of the Soviet Union, but progress is far too slow. He sees in Trump, a no-nonsense businessman-turned-president, a precious opportunity to improve things for Russia. The United States, in Trump’s eyes, has suffered numerous setbacks in the 21st century - the 9/11 terrorist attacks, the costly war in Iraq, shrinking American power in the wake of the 2008 financial crisis. But none of these things were Russia’s fault. Trump therefore decided to make up with Russia, turning his back on the policies of previous administrations.

Both countries also face similar problems, including the downsides of economic globalization, international terrorism, nuclear weapons proliferation, climate change, and ecological degradation. It’s in their interests to work together to deal with these challenges.

In short, Trump wants to make America great again and Putin wants to make Russia a first-class world power. But neither can succeed if their countries are locked in an antagonistic relationship with each other for a long time.

But problems soon arose between the two countries. These problems can be traced to three factors: national interests, great power status, and global influence.

Many, including in the US and Russia, doubted that their rapprochement would last, as there were deep-seated structural issues between the two countries.

Russia has long since recognized America’s sole superpower status and global influence. For example, Russia made concessions to the US on Afghan and even Central Asian issues. But it refuses to be dictated to or ordered about by the US. The US is reluctant to see a nuclear-armed, resource-rich Russia, much less another Soviet Union, challenge its supremacy.

The two countries also have some old unsettled scores, like with regard to Ukraine, as well as some new scores, like in the Middle East.

At the global level, though US supremacy and global influence has dwindled somewhat, it retains enough hard power to keep a rising Russia at bay.

Given these issues, it is no wonder the relationship is complicated.

What “adhesives” are needed to bind the US and Russia together? What’s  missing in US-Russia relations is sincerity, trust, and vision. Sincerity brings trust, and sincerity comes from vision. At the beginning of the 21st century, American and Russian leaders made a joint commitment to “usher in a new era of friendship” with a “new type of strategic relationship” whereby “neither would regard the other as an enemy or source of threat.” These high-sounding statements have not been fulfilled. By contrast China-Russia relations are characterized by trustworthiness and consistency in words and deeds.

The US and Russia should borrow a page from the way China conducts its relations with Russia. At the very least, each should respect the other side when the latter pursues its interests and defends its dignity. It is unavoidable for countries to have differences. They can address whatever problems they have on an equal footing and seek reasonable solutions.

Peace serves both while confrontation hurts both. This applies to everyone in the conduct of international relations. US-Russia relations are no exception.

Where will US-Russia relations go from here? Looking at the 20-odd years of post-Cold War history, we can see that the US and Russia have never stopped their rivalry, nor their cooperation. For the time being, the former part seems to dominate the relationship. But it is only temporary. Western sanctions on Russia, though causing considerable difficulties for the Russian economy, have not done fatal harm, nor made a dent on Putin’s high popularity rating. Sanctions are a double-sided sword and it is hard to think that those who impose sanctions can escape the blowback unscathed. An old Chinese saying goes, “one will think of pain only after he has suffered it.” Perhaps the US and Russia will consider changing course after they have suffered enough from their current choice. These two countries, it should be remembered, fought shoulder to shoulder in World War II against their common enemy.

This writer is reminded of some old lessons. Strategically, the US and Russia need each other. They enlist support from each other but keep each other at arm’s length at the same time. Which side will dominate depends on shifting circumstances. When the need for mutual support grows, the relationship appears more cooperative. But when the need to shun each other grows, the relationship appears more contentious. At present, the two countries still need each other to fight international terrorism, stop nuclear proliferation, resist climate change, and to address a host of other global challenges. The recent falling-out will be a short-lived. There is reason to expect a turn for the better in US-Russia relations.

US-Russia RelationsDonald TrumpVladimir Putin
printTweet
You might also like
Back to Top
CHINA US Focus 2018 China-United States Exchange Foundation. All rights reserved. Disclaimer