The Rise of Neo-Isolationism

The coming U.S. presidential election is likely to represent a watershed moment in China-U.S. relations. Naturally, whether Hillary Clinton or Donald Trump wins will make a considerable difference, both in terms of policy and substance. But underlying trends are strengthening and will most likely become highly pronounced under the next U.S. administration. 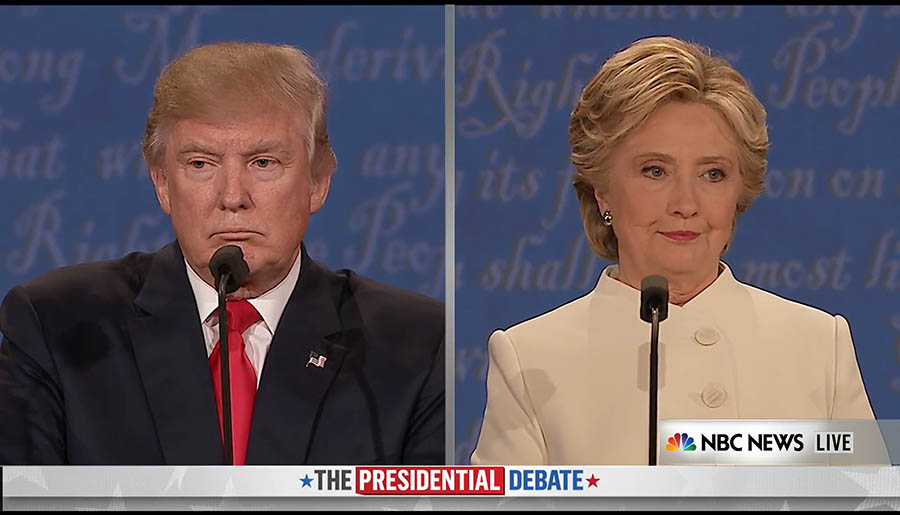 A potent form of neo-isolationism is on the rise globally. The most significant event symbolizing this is the United Kingdom’s decision to leave the European Union, or Brexit. Neo-isolationism, however, is gaining adherents in most developed economies and in many developing ones as well. This ideological trend is both new and old. It consists of a series of potent sentiments that run directly counter to the economic, political, and cultural liberalization the globe has witness since the 1980s.

What Dani Rodrik has termed “hyper-globalization” expresses how the level of globalization is already very intense historically. No movement will be able to roll back all of globalization’s liberalizing effects. But the trend towards ever greater international economic openness is likely to be arrested.  Neo-isolationism draws on misgivings about large-scale immigration, free trade, and, more fundamentally, the leg-up large corporations and the rich gain from globalization in comparison to rank and file workers.

Deep economic and cultural fissures are developing between those who can take advantage of globalization and those who lack the resources and skills to do so.

This new isolationist trend has now taken firm root in the United States, the leader of global liberalization. Historically, the United States has always tended to be more isolationist than globalist. For more than 150 years after its founding, the United States was primarily isolationist in its foreign policy. As a large geopolitical island with no significant enemies along its land borders, it could intervene freely in the Western Hemisphere, but stayed aloof from the major conflicts gripping Eurasia.

This era is over. If Donald Trump wins, great uncertainty will characterize U.S. foreign policy. American allies, friends, and competitors will be constantly guessing what the new president’s next move will be. At a minimum, Trump’s “America First” policy will lead to less international entanglements and purer cost-benefit calculations in foreign relations. East Asia, in particular, is likely to see fundamental shifts away from the U.S.-sponsored alliance system to a chaotic transition. Philippine President Rodrigo Duterte’s changing gambits provide perhaps the clearest template of such a future; only this time it will be on a much more globally significant scale.

Hillary Clinton, on the other hand, has always been an internationalist at heart. She will most likely continue many of President Barack Obama’s policies, including the “Pivot to Asia” that she helped create as Secretary of State.

Nonetheless, the political landscape of the United States has been transformed. While both major parties have adhered to an internationalist consensus since World War II, now they face large neo-isolationist movements on their wings.

New initiatives, such as the Trans-Pacific Partnership (TPP), will face great difficulties in passing through an increasingly skeptical Congress, regardless of which party is in the majority. Under pressure from Bernie Sanders’ social democratic neo-isolationism, Clinton herself has already walked away from the TPP. This is despite being one of its originators and staunchest supporters. Many suspect that Clinton could reverse herself on TPP after winning the election, but a continuation of an unabashed globalist policy platform could lead to primary challenges within the Democratic Party in 2020 or, even more threatening, a more palatable Republican candidate catering to the Tea Partiers and espousing neo-isolationism.

It is not only domestic politics that will constrain a possible Clinton presidency. The global picture has changed fundamentally with a militarily resurgent Russia and China’s reemergence as one of the globe’s central economic players. Countries incurring economic and political sanctions from the U.S. and/or E.U. now have choices. Sanctions or even the threat of sanctions can backfire geopolitically, pushing countries closer to China, Russia, or other emerging regional powers. A long list of very recent examples attests to this, including the Philippines, Sri Lanka, Egypt, Turkey, and, most significantly, Russia itself.

We are thus witnessing the very end of the United States’ second unipolar moment. But unlike the ending of the first moment in the 1970s and 1980s, new emerging powers are not American allies, but geopolitical competitors. Developments in China-U.S. relations reflect this monumental shift.

Chinese leaders from Deng Xiaoping to Hu Jintao were mostly happy to play second fiddle to the United States in East Asia, focusing on domestic economic construction and expanding trade. The new leadership under Xi Jinping has shown much less restraint, especially when it comes to territorial claims that China long had no effective way to assert.

This has put China at odds with many of its East Asian neighbors, and inserted the United States into these territorial disputes. Geopolitical friction has thus clearly risen since President Obama announced his “Pivot to Asia.” Yet, when viewed against the tapestry of U.S. domestic politics, a basic contradiction emerges. Just as the United States attempts to intervene more forcefully in East Asia, and indeed all of Eurasia, popular sentiments in America are going in the opposite direction.

An American disposition for global engagement, especially foreign military adventures, has evaporated among large segments of the populace. Both candidates for U.S. president have taken pains to stress their avoidance of American “boots on the ground.” But more importantly, the rise of neo-isolationism in U.S. domestic politics is unsettling regional allies, subverting expectations for U.S. steadfastness in East Asia.

So far, the United States has been able to rely on ambiguous commitments to its allies to deter China. A strategic détente has kept the peace and allowed China-U.S. relations to grow. But growing neo-isolationism is destabilizing every major player’s beliefs and projections for the future. Such time periods are intensely dangerous.

The United States, as the power in relative decline in East Asia, could lash out to defend what is left of its regional leadership status, while China could misread U.S. intentions and overstep a “red line” it thought unimportant. Ambiguous U.S. security guarantees could encourage erratic behavior among regional allies and even act as a tripwire that automatically commits America to an armed conflict its people would not see in their interest.

Neo-isolationism could also allow geopolitical frictions to more easily spill over into the economic realm, a fact highlighted by Donald Trump’s critiques of China’s economic model and its effects on American workers. The rise of this ideological trend has already inserted greater uncertainty into U.S. policies, both in the economic and security realm. Even a Hillary Clinton Presidency would face great challenges in avoiding its global ramifications.

A super-power loath to intervene militarily, deepen economic ties, and invest in global security and economic infrastructure will rapidly confront diminishing influence. Allies, partners, and competitors will all be less sure of America’s intentions and persistence. The emerging power vacuum would undoubtedly engender an era of greater volatility. Chinese leaders above all need to be aware of how dangerous such transitional periods are. Reemphasizing Deng Xiaoping’s dictum of observing the situation calmly and biding one’s time could be the most suitable strategy for these capricious times.

Trump and China PolicyU.S. Presidential Election
printTweet
You might also like
Back to Top
CHINA US Focus 2018 China-United States Exchange Foundation. All rights reserved. Disclaimer