The Trump Doctrine: Leading from Outside? 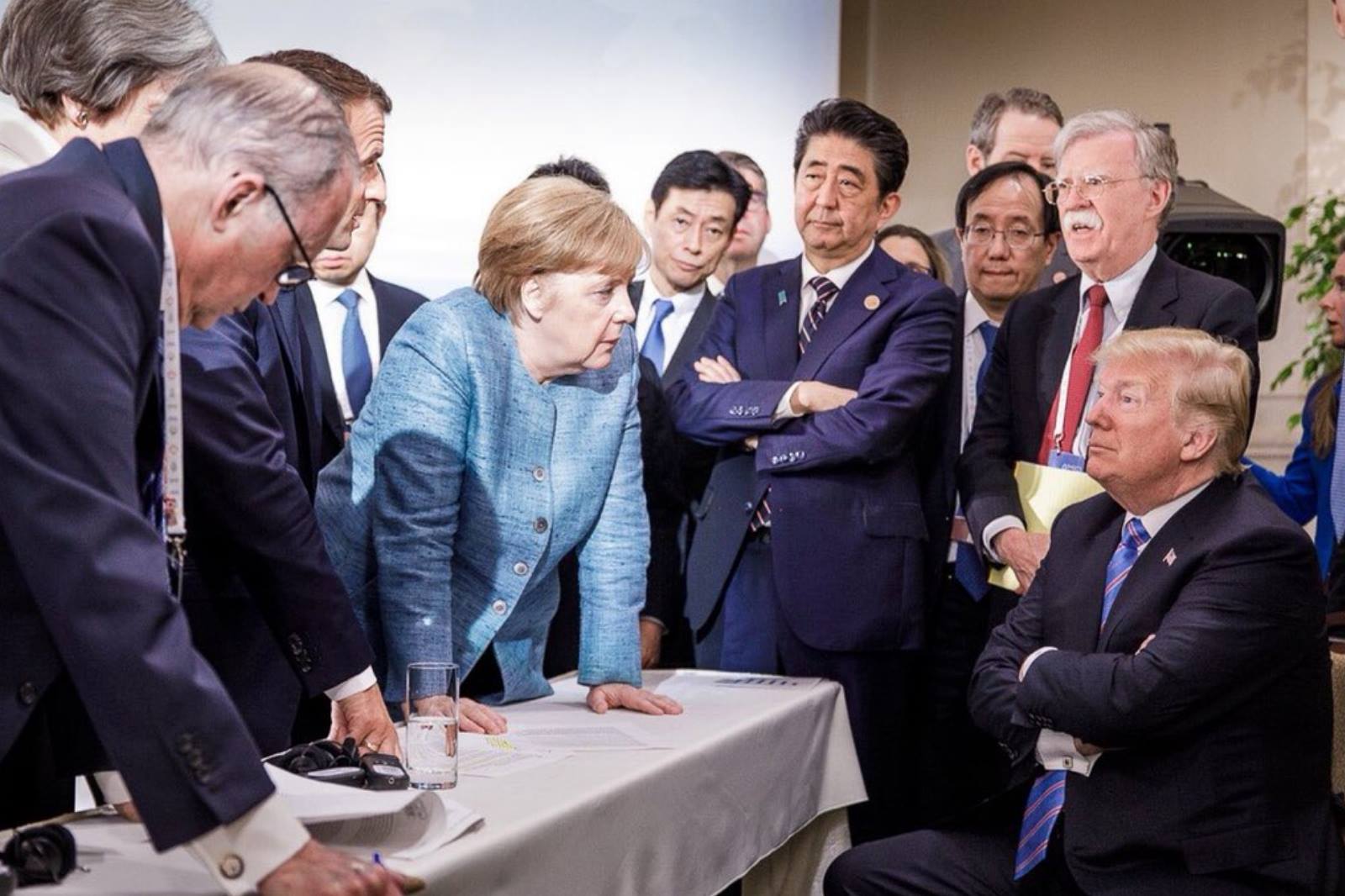 US President Trump’s decision to withdraw from the United Nations Human Rights Council in June should not have been a surprise, because it came on the heel of a series of other withdrawals, including from the Trans-Pacific Partnership, the Paris Climate Accord, UNESCO, the UN Global Compact on Migration, as well as the Joint Comprehensive Plan of Action (JCPOA) on the Iranian nuclear issue. President Trump also substantially damaged multilateralism when he broke with the Gs long-standing position on free trade, broke the 25-year Oslo Accord consensus on Israel and Palestine, renegotiated the North American Free Trade Agreement (NAFTA), and indefinitely postponed major joint exercises between the US and South Korea.

As he enters the second year in office, President Trump becomes all the more bold and resolute in foreign policy. Counselled extensively by economic nationalists in the White House, geopolitical elites in the establishment, globalists as well as populists within his own GOP, the President was open enough to take in different opinions, and eventually confident enough to follow his own bent.

The scale of President Trump’s efforts to jettison the multilateralism the US has been associated with since the end of World War II is so stunning that a New York Times editorial lamented it as “America in retreat”, and Dr. Richard Haas of the Council on Foreign Relations has reasonably dubbed Trump’s foreign policy as the “Withdrawal Doctrine”.

To learn President Trump’s worldview undergirding this, his word needs to be taken as it is. He is very vocal about his aversion to the post-World War II order and his dedication to dismantle it. In Trump’s view, previous US presidents and globalist elites were wrong and wishful in equating US interests with those of the world. Via the “America First” principle, President Trump pushed the “fact” that the world is at variance with the US. To illustrate, the global economy is taking advantage of the country, allies are sucking US resources, and multilateral agreements are restricting the US with the heavy burden of global affairs.

Naturally, Mr. Trump became the first president to dismiss the value of the liberal international order, explicitly complaining “this is just what I don’t want to have” at a cabinet meeting on the subject. His unconventional and combative agenda includes rearranging the multilateral trade system in favor of trade wars, belittling the alliance system by only half-heartedly reiterating the collective defense clause of NATO, and devaluing democracy and values as a tool of foreign policy. All these send the message that the US is no longer willing to make sacrifices to play a global leadership role, and that it is going to change the rules of engagement.

Trump’s worldview reflects the rise of far-right thinking in foreign policy. His instinct to “withdraw into the fortification” comes from nativism and anti-immigrant sentiment on the far-right end of the political spectrum. He repudiates climate science, and lashes out at elite-politics as the “Washington swamp”. He subscribes to the conspiracy theorizing of the fiery populist movements that are present in both the GOP and the Democratic Party.

Being a pragmatist, Mr. Trump is also trying to make his own mark by doing everything Obama wouldn’t do, ripping up the Paris Climate Accord and the Iran nuclear agreement, two of his predecessor’s legacies.

Apart from that, President Trump cares a great deal about defending , due to domestic constituency and election concerns. As top diplomats, namely UN ambassador Nikki Haley and Secretary of State Mike Pompeo, explained, the has always objected the “political bias” and “human-rights hypocrisy” of the UN Human Rights Council, for the simple reason that the Council had produced 70 anti-Israel resolutions over its 12-year history, more than the next five targeted countries combined. By tearing up the JCPOA, Trump is said to be catering to the White evangelical Christians, who are pro-Israeli and constitute about 80% of the support base of GOP.

So far, President Trump only withdrew the US selectively from a small number of recent multilateral arrangements like the TPP and Paris Climate Accord, and from a few UN organs that deal with lower level things such as education, science, cultural affairs, and human rights. As for those essential economic institutions that make up the core of the existing international order, including the World Trade Organization, the World Bank, the International Monetary Fund, and the G20, the US has been consistent in participating in them and cracking the hard nuts from within. To illustrate, the US has raised demands on these age-old establishments to abandon commitment to free trade, cut down loans to middle-income countries, and end financial support for adapting to climate change, and so on.

Measuring costs and benefits, the US may have withdrawn from some parts of the world so as to shirk off excessive responsibilities of nation building and democracy promoting. However, Trump will never vacate the US’ hegemonic position in the world. In the past one year and half, Trump has balked at breaking the alliance system, initiated two rounds of air strikes on Syria, and inherited a geopolitical architecture covering the Middle East, Europe and Asia Pacific, all testifying to his return to a relatively traditional and moderate approach to foreign policy.

Serious and constructive foreign policy debate is scant within the Trump administration. Even worse, the foreign policy establishment suffers from a slashed budget, an exodus of talent, plummeting morale, as well as poisonous factional disputes. Absent national consensus on a well contemplated grand strategy, the high-pitched “America First” has drifted farther apart from “Making America Great Again”. The Withdrawal Doctrine has far-reaching implications for the US.

Firstly, US failure to honor its multilateral commitment incurs a heavy toll on its reputation and soft power. One peril of political polarization is that legislation and treaties that rely on bipartisan support in Congress will be extremely difficult to reach. Therefore, executive orders become preferable. However, polarization generates another peril - executive orders will be vulnerable when a White House occupant of the opposite Party decides to change course. President Trump was able to undo the Climate Accords and the Iran nuclear agreement, because the two documents were executive orders. Inconsistency between successive administrations will undermine the US’ ability to make long-term commitments to allies, or effective deterrence to adversaries.

Secondly, centrifugal forces are growing to threaten the durability of trans-Atlantic relations. The US decisions on trade, climate change, immigration, and the Iran nuclear issue were all rejected by its closest allies in Europe, including Britain, France, and Germany. The two sides across the Atlantic are on a collision course with regard to their interests, security, as well as values. Now that the European countries are caught between difficult choices, most of them are starting to consider the “Plan B” for a “post-America” world. That will be a hedge against a reduced US leadership role.

Thirdly, the risk of geopolitical instabilities is on the rise. The US withdrawal from JCPOA has essentially pitted it and its regional allies, like Israel and Saudi Arabia, against Iran. and , both emboldened, will be prone to more gambles on regional geopolitical issues. It is indeed hard to see how the US, so at odds with itself, can lead the fractious world we are in now.