The Uses and Abuses of Sovereignty 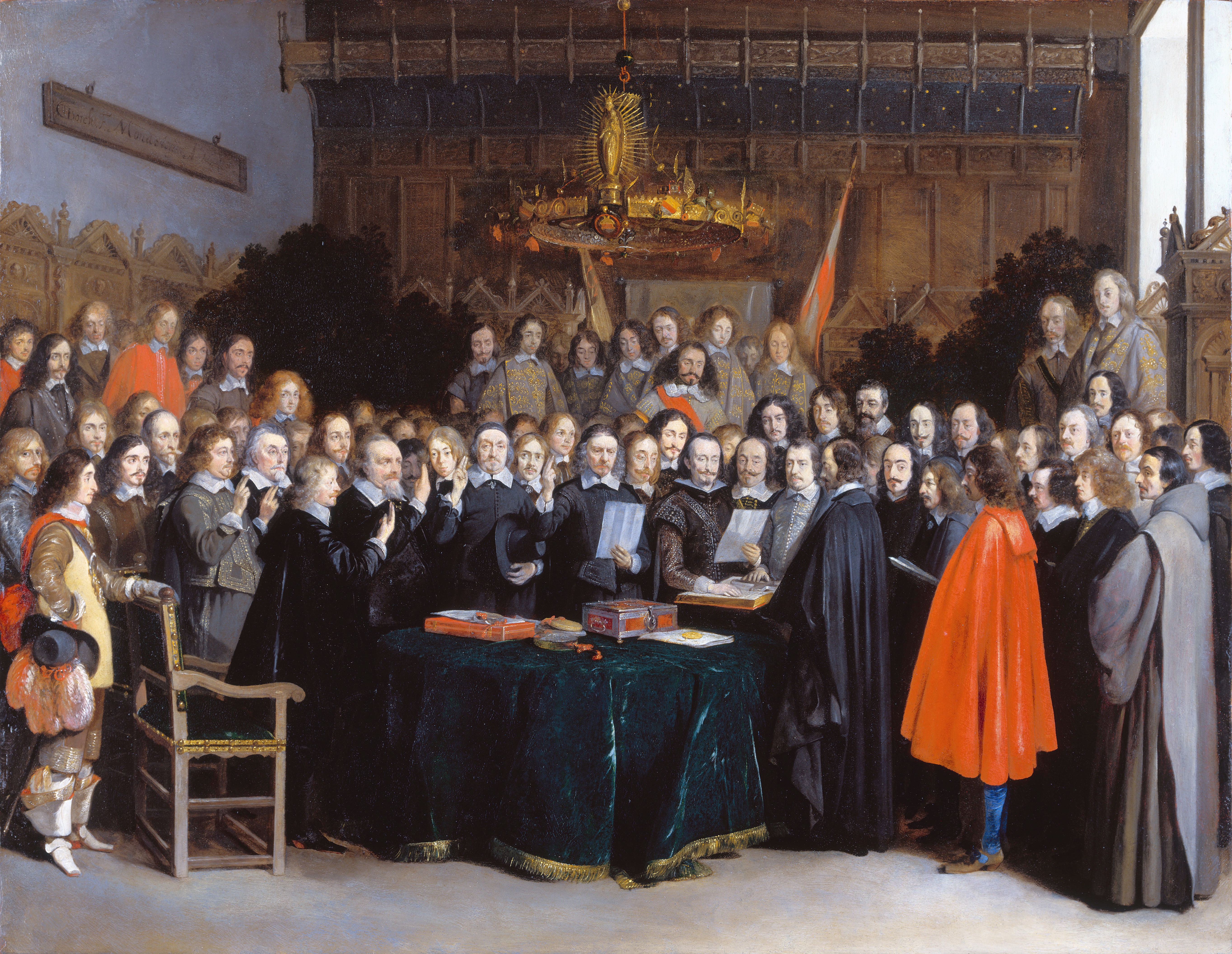 The ratification of the Treaty of Munster, part of the Peace of Westphalia, by Gerard ter Borch

Donald Trump seems to like the term “sovereignty,” so much so that in his recent UN speech, he used it, or the word “sovereign,” twenty-one times.

The concept of sovereignty, or more specifically, Westphalian sovereignty, is a keystone of the international system. Forged in the aftermath of the Thirty Years War, a devastating religious conflict between Catholic and Protestant states in Europe that claimed 8 million lives, the Peace of Westphalia of 1648 established the concept of state sovereignty. All states were to be formally equal to one another, and each state was to have sole authority over its domestic affairs, thus avoiding the kind of foreign religious meddling that sparked the war. This arrangement was largely successful, ending the European wars of religion, and establishing a new world order that made it easier for disparate states to coexist peacefully.

More than three and a half centuries later, Westphalian sovereignty remains relevant, and important. The principle of non-interference in particular has likely reduced inter-state conflict.

There is no more tiresome defense than the invocation of sovereignty, nor any so lazy. It precludes argument, ignoring facts, logic, and morality. It refuses even to engage in debate. “Mind your own business,” is essentially what it says to any who would question, to any who would illustrate the folly of a policy, or advocate greater freedom, or present evidence of human suffering.

On the part of third parties, sovereignty all too easily becomes an excuse for a feeble moral relativism. The international body that most respects sovereignty is ASEAN – which is why, when the military junta in Myanmar stole an election and imposed decades of incompetent tyranny, no other ASEAN member ever said a word or lifted a finger.

Evidently, there must be limits to sovereignty. But where should those limits lie?

An obvious place to start would be words. No criticism can infringe a country’s sovereignty, any more than it can take away a person’s autonomy. In democracies we (generally) expect individuals to be able to bear criticism without demanding censorship. Why should we expect less from states? Indeed, the more legitimate criticism the better. When the U.S. criticizes China for its persecution of dissidents, just as China criticizes the U.S. for its punishment of whistleblowers, both countries are held to higher standards of behavior.

Another limit to sovereignty should be where a state’s actions pose an imminent military threat to others. If someone had expressed the intention to shoot you, you could hardly be expected to wait around and do nothing whilst he loaded his gun, and could resort to self-defense if necessary. In the rare case of a clear, imminent threat, a certain degree of preemptive action must be allowed to trump sovereignty.

Perhaps the most contentious limit to sovereignty is in relation to crimes against humanity, like genocide, or the massacre of civilians. The legality of military intervention under international law here is sketchy. The Responsibility to Protect people from such atrocities, and to use force if necessary to do so, was endorsed by all UN member states in 2005, though the use of force had to be approved by the Security Council. The U.S. and its allies sought and obtained Security Council approval under Responsibility to Protect to prevent Muammar Gaddafi from massacring his people in Libya. They sought and failed to obtain Security Council approval to prevent Bashar al-Assad from massacring his people in Syria, and he’s still doing so. NATO intervened in Kosovo in 1998 to stop the genocide of ethnic Albanians by Yugoslavia without Security Council approval, because any attempts would have been vetoed by Russia and China.

Yet such interventions are sometimes necessary, and sovereignty cannot be carte blanche for states to commit all manner of atrocities. Sovereignty, after all, helped shield the Nazi Holocaust that claimed 6 million Jews, and the Khmer Rouge Killing Fields that claimed a quarter of Cambodia’s population, too. No less a peace lover and multilateralist than former UN Secretary General Kofi Annan supported humanitarian intervention in principle, saying that “no legal principle – not even sovereignty – can ever shield crimes against humanity.” When there’s overwhelming evidence of an ongoing or imminent crime against humanity, and when peaceful means are ineffective, sovereignty should yield.

The last limit to sovereignty I’ll raise is with regard to international law and agreements in general. A frequent, and fatuous, argument some countries use against signing on to certain resolutions is that doing so would “infringe its sovereignty by restricting its freedom to act.”

It certainly would, of course. For a resolution to be effective, it must to an extent infringe sovereignty. That’s the nature of all law and all agreements – we create codes of conduct to bind ourselves so that we may also bind others. We do this because we recognize that it’s in our long-term interests to collectively restrain our behavior, rather than have a free-for-all in which everyone pursues their own short-term self-interest.

To the Kim regime, then, which withdrew from the Non-Proliferation Treaty, or to Trump, who plans to withdraw from the Paris climate accord, both of them saying that these agreements infringe their country’s sovereignty, the appropriate response is “Yes, that’s kind of the point.”