U.S.-ASEAN Summit: What It Means 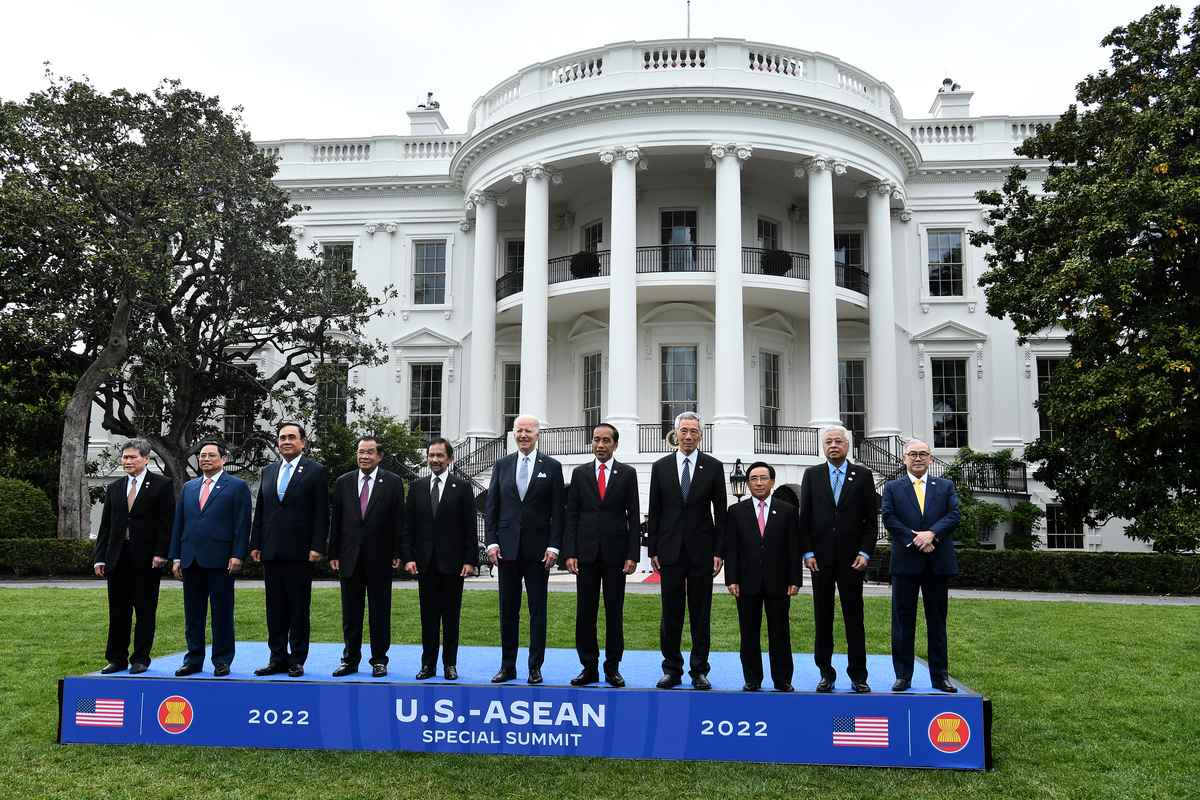 On May 12-13, leaders from the United States and ASEAN convened their first offline meeting since 2017 in Washington. Many analysts saw it as an important link in the formal implementation of the U.S. Indo-Pacific strategy. U.S. President Joe Biden will soon undertake his first Asia trip since his inauguration, participating in the QUAD summit after visits to the Republic of Korea and Japan.

That ASEAN leaders would travel to faraway Washington during the pandemic has also been deemed as evidence of ASEAN’s increasing expectations of the U.S. The proposal in the summit’s joint vision statement to establish an ASEAN-U.S. comprehensive strategic partnership has been read as an American attempt to compete with the all-around strategic partnership China formed with ASEAN last year, although some analysts believe the summit showed nothing new and perceived more diplomatic rhetoric than specific commitment.

It would be misleading to judge the summit from the American perspective; it must be scrutinized from the ASEAN angle. From that perspective, the summit can be seen as beneficial not only to ASEAN but to all state-to-state relations in the region.

First, through the summit, ASEAN made the U.S. ascertain the “ASEAN-centric principle” in multilateralism in the Indo-Pacific. Judging from the joint statement, it did appear to be ASEAN-led and ASEAN-centric in every aspect. While the summit took place in the U.S., ASEAN came first in the title of the joint statement, which emphasized at the start the importance of adherence to such core ASEAN political documents as the ASEAN Charter, ASEAN Zone of Peace, Freedom and Neutrality and the Treaty of Amity and Cooperation in Southeast Asia. It highlighted the fact that both ASEAN’s Indo-Pacific vision and the U.S. Indo-Pacific Strategy are committed to ASEAN’s central role. Biden also said at the meeting that ASEAN’s central role is the core of the administration’s Indo-Pacific Strategy.

For ASEAN, which is relatively weak in international politics in terms of hard power, the fundamental source of international credibility and influence lies in maintaining dialogue and cooperation relations with every major country, and playing a central role in the process.

This year marks the 45th anniversary of the ASEAN-U.S. dialogue relationship, while China, which has a shorter history dealing with ASEAN, established an all-around strategic partnership last year. In this sense, ASEAN needs room to maneuver balanced development in relations with all major countries, so that the U.S. won’t lag behind and ASEAN will continue its pulling effect.

Second, the summit set the tone for ASEAN-U.S. and regional multilateral cooperation. And it pointed the way to achieve security guarantees. The statement’s contents fall in the following eight fields:

The third and final items involve traditional security. The former stresses the significance of enhancing trust between countries via confidence-building and preventive diplomacy; the latter emphasizes content regarding the Southeast Asian Nuclear Weapon-Free Zone, envisioning a region free of all other weapons of mass destruction.

Such content looks like reiteration of previous principles. Yet, as the war in Ukraine deals significant blows to the security outlook of many countries, especially in Europe, this is of great importance. It shows ASEAN has not changed its persistent idea and principle of achieving common security through trust-building via dialogue and consultation. In sharp contrast to the trend in Europe, it doesn’t seek to acquire security by building military alliances or introducing heavy weaponry.

To write such content into the U.S.-ASEAN leaders’ statement would have created a certain restrictive effect on the regional security outlook’s potential regression to Cold War thinking.

Third, the joint statement’s emphasis on interconnectivity as a keyword will have a restrictive impact on the prospect of mushrooming minor multilateral mechanisms in the region, which might weaken the existing ASEAN-centric regional multilateral framework.

In economic cooperation, the statement emphasized seamless regional interconnectivity, which is in clear contrast with the U.S. proposal of building like-minded supply chains and semiconductor alliance between and among allies and partners with shared values.

As the U.S. withdrew from TPP and is yet to join the RCEP, the appeal would be limited to ASEAN if the U.S. wants to compensate for its absence by means of such minor multilateral mechanisms as the Quad, AUKUS and the U.S.-Japan-ROK alliance. As to the Quad, the statement expressed hope that its vaccine partner proposal can contribute to regional public health along with other international multilateral vaccine programs.

This U.S.-ASEAN summit again displayed ASEAN’s non-ideological, non-military philosophy. It seeks development via interconnectivity in leading regional multilateralism over the past decades. ASEAN-centrality will continue to be the sole viable model for promoting Asian multilateralism.

U.S.-ASEANChina-ASEAN RelationsAsia-PacificGeopolitics
printTweet
You might also like
Back to Top
CHINA US Focus 2022 China-United States Exchange Foundation. All rights reserved.