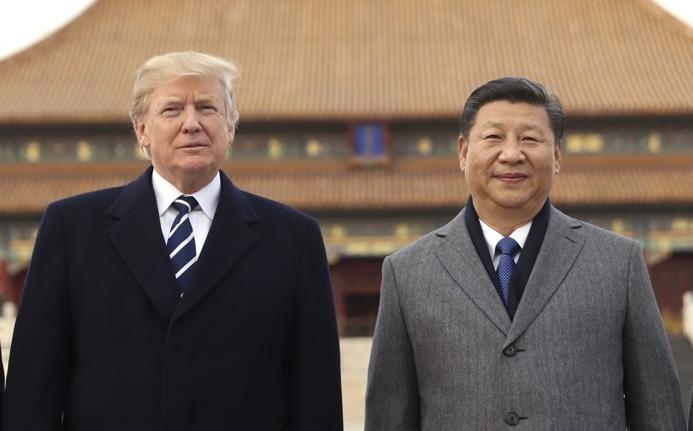 The world’s most important bilateral relationship is in transition, with far reaching regional and global implications. The relationship between China and the U.S. is increasingly being redefined by the greater prominence of trade and economic issues as a priority for bilateral discussions, instead of political differences. The growing role of China in providing international economic goods, the U.S. abandonment of advocating political reform in China, and the shift in political instability/stagnation from China to the U.S. also are key trends towards change.

The resurgence of China creates opportunities for partnership in delivering public goods and sharing the burden of maintaining the global economic and security order, although the definition of that order is increasingly under contest. Lately, efforts toward cooperation between the two countries have become more pronounced, as demonstrated in efforts to address the trade imbalance and the North Korean nuclear and missile tests.However, China’s rise also brings challenges to traditional U.S. primacy and leadership, especially if such leadership cannot be shared.

The rise of emerging economies like Brazil, South Africa and Russia challenged the post-Cold War unipolar world order, but recent economic woes in these countries have downplayed their roles in driving the global economy and highlighted the importance of the U.S. and China, as the world’s first and second largest economies. As China’s capacity and influence grows, many promising areas for cooperation are opening up: from trade, to investment, infrastructure, the environment, and development aid, among others. Frustrations arising from the failure of longstanding global economic, financial and security architectures to reform to accommodate China and other emerging economies may create fertile ground to establish rival frameworks and institutions, as the case for BRICS and the New Development Bank shows. Emerging economies in Asia will be key drivers for global economic growth. This will draw developed economies into the region, as can be seen already through European participation in China-led projects, notably the Asian Infrastructure Investment Bank and Belt and Road Initiative, and the growing importance of the G20.

In contrast, the U.S. seems reluctant to lead or take part in multilateral arrangements, especially when it will have to share a disproportionately large responsibility compared to other countries. This naturally opens the door for China, but since allowing this to happen would increase Beijing’s clout and influence relative to Washington, this naturally creates discomfort and apprehension on the U.S. side. Nonetheless, the Trump administration has yet to muster a clear, broad and sustainable strategy to deal with China, either as a partner or as a rival, especially in domains that are increasingly slipping into China’s favor – trade and economics. While the U.S. withdrew from the Trans-Pacific Partnership which it used to champion under former President Obama, China-led and backed multilateral arrangements such as the Regional Comprehensive Economic Partnership and the Belt and Road Initiative (which the U.S. is not a party to) are gaining traction. Hence, doubts and suspicions between both sides persist and are unlikely to fade anytime soon. Converging interests, especially economic, make conflict not necessarily inevitable, though: the lure of China’s huge market (for the U.S.), the attraction of America’s technology assets (for China) and the realities of global production chains and cross-border investments enmesh the interests of commercial elites on both sides of the Pacific.

Global challenges to be shared

The U.S. continues to call out the Chinese government on human rights, the lack of transparency and lack of mass political participation, and the environment, but the intensity of these efforts has subsided, at least on the part of the Trump administration. Trump failed to raise many of these issues during his recent visit to Beijing.For a long time, concerns over potential political instability were hurled on China, including after the 1989 Tiananmen protests and continuing challenges posed by incidents in Tibet, Xinjiang, Hong Kong, and Taiwan; the thousands of localized protests throughout the countryside arising from land disputes and succession struggles; and border and maritime rights disputes with neighbors. Despite these, China’s Communist Party remains in firm control of the country, as it has been since 1949. With the start of President Xi’s second term in office and his continuing consolidation of power, the prospects for the political stability required to realize his strategic visions— such as attaining the centenary goals of eradicating poverty (2020) and breaking into the ranks of developed countries (2050)— seem promising.

In contrast, the polarization of public opinion over President Trump’s rhetoric and policies, animosity between the White House and the mass media, executive-legislative bickering, and infighting even within the Republican Party are intensifying in the U.S. These domestic political challenges may make for a distracted U.S. government, which has yet to come up with comprehensive policies for key regions such as the Asia-Pacific, as well as persistent flashpoints such as the Korean Peninsula and the South China Sea. If President Trump’s “America First” policy, preference for bilateralism, transactionalism, and indifference to promoting and protecting international norms serve as a guide, there is a greater chance for China to play a larger role in regional and global affairs. China’s government will welcome this, but it may also be welcomed by a fatigued and wearied U.S., which is tired of confronting a myriad of global challenges that could be better addressed by a coalition of partners, especially fellow major actors.

Donald TrumpKorean PeninsulaChina-US Relations
printTweet
You might also like
Back to Top
CHINA US Focus 2018 China-United States Exchange Foundation. All rights reserved. Disclaimer