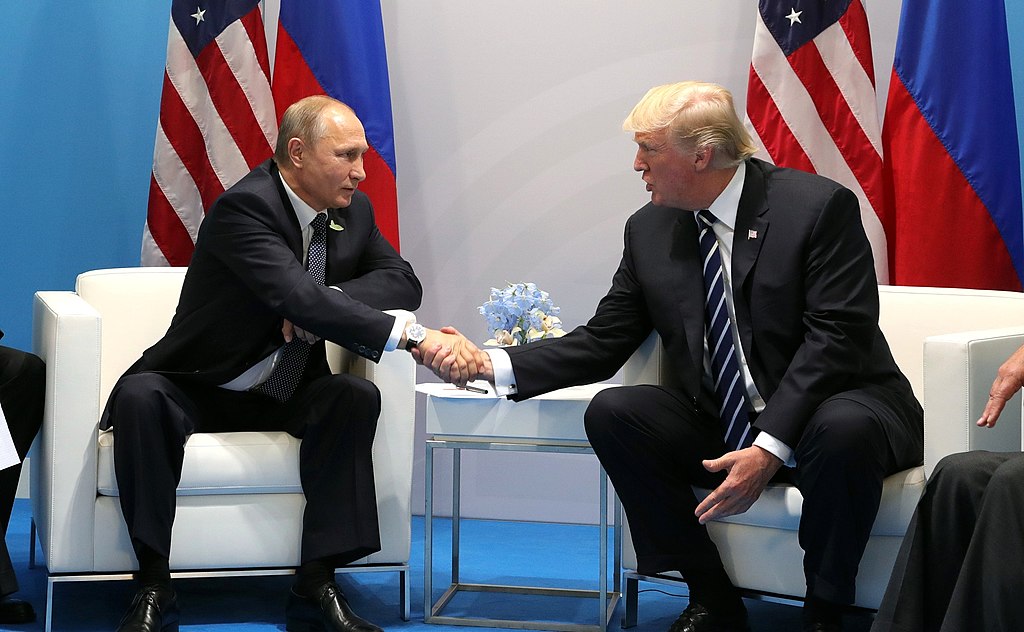 While the Trump administration’s China policy since 2017 has been arguably clear, its Russia policy has seemed murky and treacherous.

On one hand, Donald Trump made overtures to Vladimir Putin on various occasions and even stated — to the consternation of the Western world — that Crimea belonged to Russia. On the other, he moved in to kill Nord Stream 2, the near-complete natural gas pipeline project linking Russia with the European Union, at the expense of America’s European allies.
On the face of it, Trump looked ever more unreliable. But the underlying logic of his Russia policy is, in fact, decipherable.

It is, first of all, strongly anti-establishment. Trump’s foreign policy since his first day in the White House has had a significant anti-Obama element, including the U.S. posture on Russia. Trump announced in June 2017 his intention to withdraw from the Paris climate agreement, which the Obama administration had endorsed in 2015. Then he quickly moved to abandon two multilateral trade agreements on which Obama had worked for years: the TPP and the TTIP. In May 2018, Trump pulled the U.S. out of the multinational nuclear agreement with Iran.

As a result, most of Obama’s international achievements during his eight years in office have been wiped out. Obama imposed tougher sanctions on Russia in December 2016, before leaving office, on grounds of Russian interventions in the U.S. presidential election. That was on top of several rounds of sanctions over the Ukraine crisis.

President Trump has frequently courted Russia and promised to lift sanctions to strengthen bilateral cooperation, surprising politicians in both U.S. parties. They reacted strongly. In late July 2017, when both houses of Congress adopted new and broader sanctions by an overwhelming majority, explicit stipulations were included — Russia’s move to change the territorial status quo will never be recognized; that the president must report to Congress before any decision to lift sanctions; and that Congress has the power to veto presidential decisions.

Obviously Trump’s anti-establishment agenda is to build momentum for his re-election by wiping out the Democrats’ diplomatic achievements and mocking and belittling their ability to govern. This is largely a manifestation of the political polarization within the U.S. But it also involves a strategic contraction based on isolationism. And it concentrates on China.

It is noteworthy that Trump’s Russia policy is linked to his overall foreign policy vision and is supported by deeper considerations regarding China — as seen in a more focused effort to put aside or freeze the conflict with Russia. The businessman-turned-politician has inherited the previous administration’s foreign policy filtered through his own understanding — namely a global strategic contraction and pivot to coast of the Western Pacific.

It is more a matter of approach than core difference. Obama relied more on multilateralism, with a greater burden of responsibility placed on allies; Trump has preferred isolationism, even abandoning America’s security obligations in Europe, the traditional center of U.S. strategic interests.

On Jan. 23 last year, the House of Representatives voted overwhelmingly, 357 to 22, for a bill barring the president from pulling the U.S. out of NATO — another clue about Trump’s policy orientation. Trump’s alarming statement during the June 2018 G7 summit that Crimea belongs to Russia was another indication of his readiness to give up American responsibility to resolve the Ukraine crisis and to focus on what he sees as an even more dangerous challenger: China.

Then, against the backdrop of the “Russiagate” investigation, Trump has become tougher on Russia, seemingly to prove his innocence.

In the field of Russia policy, Trump has been the target, in both houses of Congress, of two pieces of legislation and was vehemently challenged by American public opinion. In July 2018, during a meeting with Putin on the sidelines of the G20 summit in Finland, his statement that Russia had not interfered in U.S. elections was widely criticized. Then Trump had to return to Washington’s stated policies toward Russia. For example, since the beginning of 2019, the NATO fleet led by the U.S. has conducted frequent exercises in the Black Sea.

Finally, Trump’s America First concept is at the heart of his Russia policy. On Dec. 23, he signed the defense authorization act, imposing sanctions on companies involved in the construction of the Nord Stream 2 gas pipeline from Russia to Germany via the Baltic Sea floor. This successfully interrupted construction.

The move was another blow to Russia’s ailing economy, hurting it more directly than any single sanction in the past. It represented further proof that America First remains Trump’s primary principle on the question of access to European natural gas markets or any other issues where Trump himself sees a direct conflict of interest.

U.S.-Russia RelationsDonald Trump
printTweet
You might also like
Back to Top
CHINA US Focus 2022 China-United States Exchange Foundation. All rights reserved.