What does Major-Country Diplomacy for the New Era Really Mean? 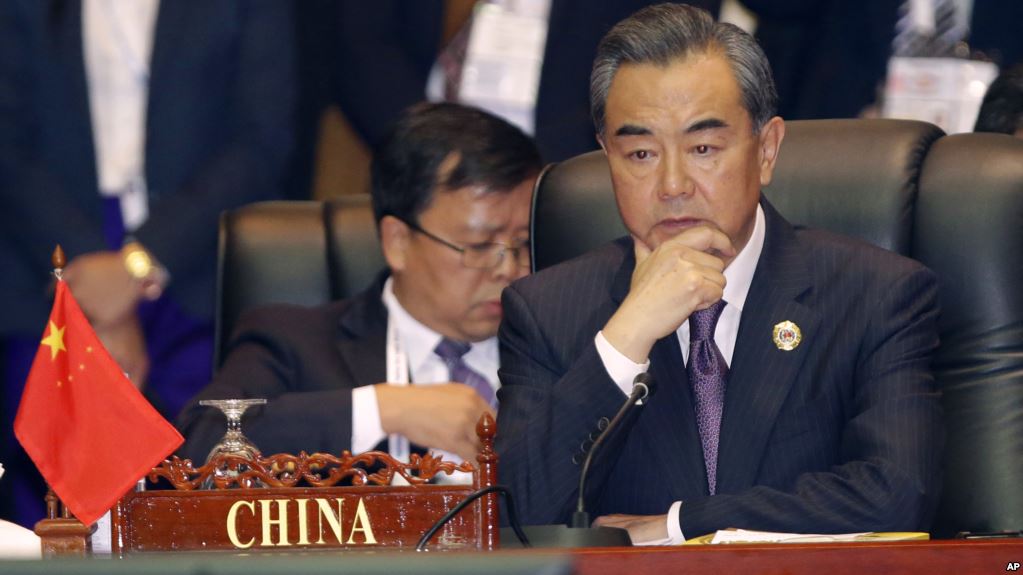 Major-country diplomacy with Chinese characteristics, a phrase that has been frequently cited by Chinese leaders, refers to the long-established independent foreign policy of peace. In the new era, it will evolve to reflect the new features of the times, and develop into a diplomatic system underlining China’s dignity, strategy, responsibility, and posture as a major country.

China is a major country. Its GDP, the second largest in the world, increased to more than $12 trillion in 2017, about $5 trillion ahead of Japan’s. The Chinese people are increasingly proud of China’s achievements. It has gone from the stage of standing up and growing rich to becoming strong.

But it should also be remembered that China’s per-capita GDP is still ranked around the 70th in the world, and it is still a developing country. With these shortcomings in mind, the Chinese people are striving to eliminate poverty by 2020. So, while we have reasons to be proud of our achievements, we shall never allow ourselves to be carried away.

Major-country diplomacy for the new era is tailored to serve the needs of realizing the country’s two centennial goals. Its dignity as a major country, requires due consideration for its core interests, which can never be compromised, and the protection of its overseas interests.

Such a diplomacy calls for a corresponding strategy, which was elaborated in detail by General-Secretary Xi Jinping in his report to the Party’s 19th National Congress. China will hold high the banner of peace, development, and cooperation, and uphold the principles of equality and mutual trust, inclusiveness, mutual learning, and win-win cooperation. China calls for building a community of shared future for mankind, and through the implementation of the Belt and Road Initiative, creates opportunities for its own development and promotes economic globalization and global governance. In international relations, China upholds the right approach to justice and interests, and develops relations with neighboring countries under the principle of amity, sincerity, mutual benefit, and inclusiveness.

Based on these principles, China has established strategic cooperative partnerships with more than 80 countries, and is committed to building a new type of international relations.

The Communist Party of China, as the country’s ruling party, strives not only for the well-being of the Chinese people, but also for the advancement of mankind. It is therefore natural that China acts as a responsible power.

China abides by the objectives and principles set in the United Nations Charter, assumes its responsibilities as a permanent member of the UN Security Council, and offers Chinese wisdom for tackling major global issues. For example, in coping with the climate change, China, pursuant to its national conditions and development strategy, decided on its own initiative the goals of its 2030 action plan, and made vigorous contributions to carbon reduction. After the outbreak of the Ebola epidemic in Africa, China immediately sent medical teams to Western African regions and set up treatment centers. In maintaining international peace and security, China contributed the biggest number of peacekeepers among the Permanent Five members of the UN Security Council. China also played a constructive role in the Iranian and Korean Peninsula nuclear issues. The Belt and Road Initiative is a typical example of China’s efforts in promoting global connectivity and development. According to the Ministry of Commerce, China’s new investment in 53 countries along the Belt and Road amounted to $11.18 billion in the first 10 months of 2017, accounting for 13% of total outbound investment in the period. At the same time, the value of new engineering contracts, signed by Chinese enterprises in 61 countries along the Belt and Road, stood at $102.07 billion, an increase of 21% year-on-year; and their business volume amounted to $57.52 billion, a year-on-year increase of 9.1%.

China’s responsibility as a major country should match its international status. China’s leading role should never be misinterpreted as an attempt to compete for and grab global leadership from other countries. When China was poor, it stood tall; when it becomes rich, it remains modest, and when it grows strong, it will not seek hegemony.

Being a major country does not mean being arrogant or chasing for undeserved fame or compliments. China’s major-country diplomacy has won global understanding and support. This is because China adheres to the road of peace and development, advocates for and abides by rules and norms governing international relations, speaks and acts in a responsible way, and is committed to discarding zero sum games.

Major-country diplomacy with Chinese characteristics for the new era is the natural evolution of China’s achievements, development, and innovation over the past 70 years.

China DiplomacyCCPInternational StrategyNew Era
printTweet
You might also like
Back to Top
CHINA US Focus 2022 China-United States Exchange Foundation. All rights reserved.