A Year After the South China Sea Arbitration: Where are we Now? 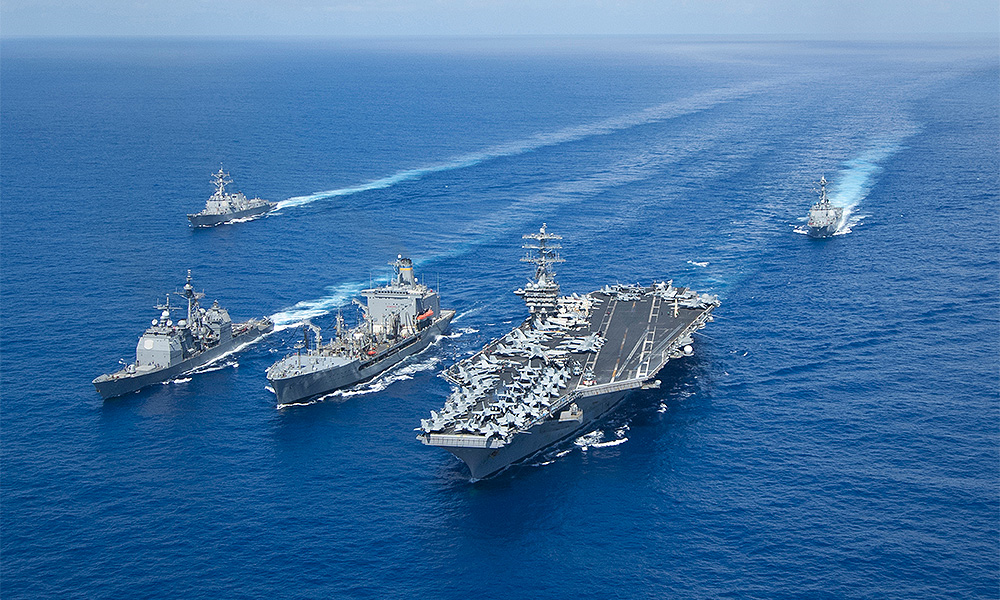 A year has passed since the South China Sea arbitration case at The Hague, and many are still wondering whether the Philippines has benefited from the landmark award at all. Beyond Manila’s wildest dreams, the Arbitral Tribunal, which was constituted under Article 287, Annex VII of the United Nations Convention of the Law of the Sea, ruled heavily against China. It nullified China’s doctrine of ‘historic rights’, which has served as the foundation of Beijing’s expansive “nine-dashed-line” claims across much of the South China Sea basin.

According to the Tribunal, China’s claims, based on pre-modern maps and historical events, are not ‘incompatible’ with prevailing international law, especially since ‘there was no evidence that China had historically exercised exclusive control over the waters or their resources’ in the South China Sea. The decision went a step further, censuring China for ‘violat[ing] the Philippines’ sovereign rights’, specifically by coercively preventing the Southeast Asian country from exploiting hydrocarbon deposits and fisheries stock within its own Exclusive Economic Zone (EEZ).

Contrary to China’s claims, the Tribunal also ruled that there were no naturally-formed ‘islands’ in the Spratly chain, thus none of the contested land features can generate their own EEZs. The Tribunal also ruled against China’s massive reclamation activities in the area, describing them as ‘incompatible with the obligations’ of member states, especially because they ‘inflicted irreparable harm to the maritime environment’ as well as ‘destroyed evidence of natural condition of features’ in the area.

In legal terms, the verdict is final and binding (see Article 296 as well as Article 11 of Annex VII of the Convention). Predictably, China first adopted the “three-no’s” attitude of non-recognition, non-participation, and non-compliance towards the decision, which it dismissed as a “null and void” and “nothing more than a piece of paper”.

As months went by, China tried to bury the issue altogether as if the arbitration proceedings never happened, while proposing to set up its own international arbitration bodies as an alternative to the supposedly Western-dominated courts under the existing global order. Beijing also proceeded with a systematic campaign to denigrate, distort, and delegitimize not only the Arbitral Tribunal, but also its panel of judges.

It even threatened to withdraw from the UNCLOS altogether, while managing to convince, cajole and pressure many countries, including several members of the Association of Southeast Asian Nations (ASEAN), to downplay, dismiss or ignore the award.

The Obama administration, which strongly supported the Philippines’ legal warfare strategy, also took a soft position. It called for calm and patience while deploying then National Security Adviser Susan Rice to Beijing to ease China’s nerves. With the exception of Japan and Australia, which categorically called for complaisance by both parties, few countries fully stood by the Philippines’ side.

Yet China’s ace in the hole was none other than Rodrigo Duterte, the newly-inaugurated President of the Philippines, who immediately took a different line on the disputes. Instead of celebrating the country’s undisputed victory against China, the Filipino president made it clear that he wasn’t interested in flaunting the verdict, and wanted to focus on a ‘soft-landing’ in the South China Sea.

Then Foreign Secretary Perfecto Yasay immediately called for “restraint and sobriety”. In succeeding months, Duterte dispatched  former President Fidel V. Ramos to restore bilateral diplomatic ties with China. This paved the way for Duterte’s state visit to Beijing in October, where he declared his preference for strategic ‘separation’ from the United States in favor of new alliances with China and Russia.

As a gesture of good will, Duterte refused to raise the arbitration award in regional fora, including the ASEAN, which he currently chairs. He even blocked any criticism of China’s massive reclamation activities and establishment of military facilities in the Spratly chain of islands, where the Philippines controls up to nine land features, including Thitu Island.

Duterte also cancelled various joint military exercises with the United States in the South China Sea, while nixing initial plans for joint-patrols in the area. In exchange, China has offered a multi-billion-dollar package of infrastructure investment and a $500 million loan to the Philippines’ military.

As the country marked the first anniversary of the arbitration award, newly-installed Foreign Affairs Secretary Alan Peter Cayetano maintained that “the ongoing territorial dispute in the [South China Sea] should further be resolved in a manner consistent with the spirit of good neighborly relations.” Philippine ambassador to China Chito Santa Romana emphasized the importance of ‘pragmatism’, given the necessity to bridge differences, rather than just focusing on principle alone.

Duterte’s controversial remarks, particularly the late-2016 announcement that he “will set aside the arbitral ruling”, have been a source of concern among those who view Philippine foreign policy as too acquiescent towards China.

"This incident [Dutetre’s remark] graphically explains Philippine foreign policy on the South China Sea dispute after the arbitral ruling," Carpio lamented during a high-profile symposium marking the first anniversary of the arbitration award.

"The Duterte administration refused to celebrate the ruling, even though the ruling legally secured for the Philippines a vast maritime zone larger than the total land area of the Philippines," he continued. The influential magistrate has enjoined the government to consider, among other things, filing additional arbitration cases against China if the latter continues to ignore the ruling.

Other influential members of the defense establishment, including former Foreign Affairs Secretary Albert del Rosario, have echoed his criticisms in recent months, much to the chagrin of the president. Prominent experts such as Jay Batongbacal, the country’s leading maritime law expert, have accused the government of softening its position in exchange for Chinese investments.

So far, the Philippines have only managed to secure a provisional and limited modus vivendi with China in the South China Sea. Filipino fishermen have been allowed to operate in the immediate vicinity of the hotly contested Scarborough Shoal, which is currently under the administrative control of Chinese coast guard vessels.

But they haven’t been allowed to enter the lagoon within the shoal, which is rich in fisheries stock and serves as a crucial rest, repair and recuperation spot for fishermen, especially during stormy seasons. Many experts are also skeptical whether the recently agreed-upon outline of a framework for a Code of Conduct in the South China Sea will have any consequential impact on China’s activities in the area.

In the meantime, China continues to expand its military footprint across disputed land features, provoking anxieties among the Philippines defense-intelligentsia-media establishment. There are worries about the possibility of China building structures on the Scarborough Shoal as well as expanding its areas of claim into the Philippines’ eastern shores, particularly the Benham Rise.

Despite Dutetre’s best efforts to downplay territorial disputes with China in favor of stronger strategic and economic ties, the South China Sea continues to haunt bilateral relations between the two neighbors. In coming months and years, the Filipino president is bound to come under growing pressure to raise the arbitration award in bilateral and multilateral fora.

South China SeaAsian Security
printTweet
You might also like
Back to Top
CHINA US Focus 2018 China-United States Exchange Foundation. All rights reserved. Disclaimer