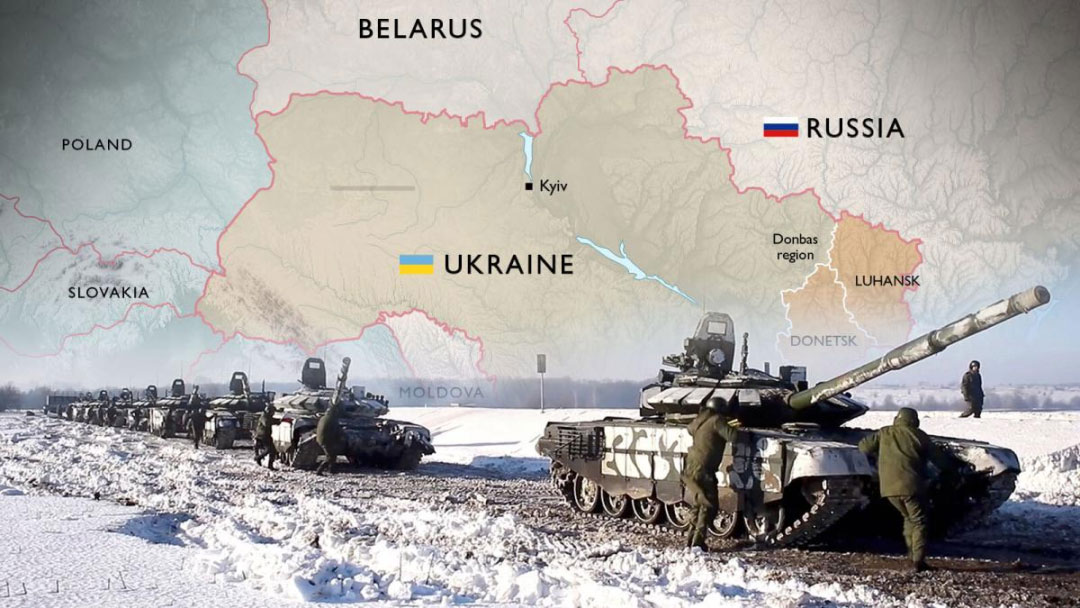 The Russia-Ukraine war is a significant international conflict in Europe in the post-Cold War era. As for the cause, there are dramatically divergent narratives. Russia emphasizes NATO’s eastward expansion and Ukraine’s attempt to join NATO as the fundamental reasons for its resort to force. On the other side, numerous countries see it as a reckless Russian invasion of Ukraine, an independent, sovereign state.

In fact, the Russia-Ukraine conflict has a more complex historical and current context:

On one hand, the strategic cultural gene that came into being during Russia’s historical evolution is the macro historical background of its use of force against Ukraine. In the process of the Grand Duchy of Moscow standing out from the many Rus states and becoming a world power, wars with surrounding nations, especially the Mongol Empire, instilled into Russia a strong sense of insecurity that has driven Russia to habitually attempt to acquire buffer zones on its periphery. As buffer zones expand, it will feel increasingly less secure. Locked in such circular thinking, Russia’s territories have constantly expanded, while at the same time creating tremendous geopolitical shocks for neighboring countries.

On the other hand, judgments about the international strategic situation after the 2008 global financial crisis were the real source of Russia’s attempts at reclaiming lost territories in the post-Soviet space, even of its military attacks on Ukraine. Russia witnessed relatively fast economic growth from 2000 to 2007 taking advantage of high oil prices, while the United States suffered the financial crisis of 2008. Putin hence made the judgment that Russia has risen again, while the U.S. will inevitably decline.

The spread of the global pandemic over the past few years has further led Russia to believe the global order is fragmenting, so it can regain dominance at an accelerated pace in the post-Soviet space by means of a ruleless game. There has thus been the Russia-Georgia war in 2008, the Crimea crisis and east Ukraine conflicts in 2014, all-a round advancement of the Union of Russia and Belarus in 2021, a rapid rise of Russian influence in Central Asian security following the U.S. withdrawal from Afghanistan and the January 2022 incident in Kazakhstan. It is therefore evident that Russia’s military operation against Ukraine is by no means an isolated incident. It’s an important link in its empire-rebuilding strategy.

What’s are the prospects for the war? None of the series of goals Russia originally proposed may be fulfilled. Russia has to a great extent been adjusting its ultimate goal and on-the-scene tactics in accordance with changing conditions and its rival’s responses in this war.

The outcome of the war will mainly be influenced by four factors:

First is Ukraine’s resistance. As we have seen, Ukraine has demonstrated very strong political will for self-defense, as well as relatively strong combat capabilities.

Second is Russian strength. Compared with Ukraine alone, Russia certainly holds overwhelming advantages. Yet this war is not only between Russia and Ukraine, as the latter has won many countries’ support. Under these circumstances, Russia’s national strength has naturally fallen short.

Third is public opinion within Russia. Anti-war feelings have remained pretty strong since its inception.

Fourth is international reaction. Since the war started, many countries, including such traditionally neutral states as Switzerland and Finland, have provided great assistance to Ukraine while mounting tremendous pressure on Russia.

The war has lasted over a month, and fighting continues along with negotiations. Peace talks won’t immediately achieve realistic results because the two sides’ bottom lines and asking prices remain far apart. The core divergence lies in the fact that Russia wants Ukrainian recognition of Crimea as Russia territory, as well as an independent Donbass region, which is unacceptable to the latter. That is why the fighting will continue for some time.

One thing is certain, though: No matter how things go on the battlefield, Russia seems to have lost politically, economically and diplomatically.

First, in this war, Russia has followed traditional ways of war-fighting, while Ukraine has been fighting a high-tech, decentralized, delayering war.

Third, the bottom-layer logic of Russian strategic culture is outdated. The center of gravity of major power strategic competition in the 21st century has shifted to science and technology, finance and capabilities for shaping the global system, while Russia remains obsessed with territorial expansion and monopolizing natural resources.

How will the Russia-Ukraine war influence the world? In terms of the countries’ convoluted relations, the war will drive them toward a complete split. Although Ukraine won’t join NATO after the war, there is a high probability it will join the European Union and be more inclined to adopt a European path of development. Under international sanctions, Russia may sink in relative isolation and become further marginalized in international economic and political systems.

This war is also an important watershed in post-Cold War world development, which will be obvious in two aspects. In the field of international security, systemic division will deteriorate. Europe has become more closely united, NATO has been rejuvenated and U.S. leadership in the transatlantic security regime has been further upgraded.

Meanwhile, many countries have raised questions about the UN Security Council’s role in preserving global and regional peace. In the future, reform of the UN, including the Security Council, may accelerate, which will deal significant blows to the global security governance regime, having the council as its main framework since WWII.

Economically, the process of globalization will fragment further. During the China-U.S. trade war, the U.S. attempted to proceed with “desinicization,” yet complete decoupling proved difficult because China is tightly bound to the world economic system. But now we are witnessing “derussianization,” even in the field of energy. The U.S. has launched an energy embargo against Russia, the EU has decided to cut Russian natural gas imports by two-thirds this year in a move aimed at basically ending its reliance on Russian energy by 2027. Under such circumstances, global supply chains, including energy supply chains, are all undergoing rapid reorganizing.

Meanwhile, we can see some new regional bilateral, mini-multilateral trade and investment arrangements, which started around the beginning of the China-U.S. trade war, accelerating due to the Russia-Ukraine war. And the functions of the WTO are on the wane.

It is worth serious attention whether there may emerge a huge free market — centered on developed countries, but with many emerging economies and developing countries participating — that is highly liberal and even adopts zero tariffs, zero barricades and zero subsidies.

Ukraine CrisisChina-U.S.-Russia RelationsNATOCold WarRegional Security
printTweet
You might also like
Back to Top
CHINA US Focus 2023 China-United States Exchange Foundation. All rights reserved.