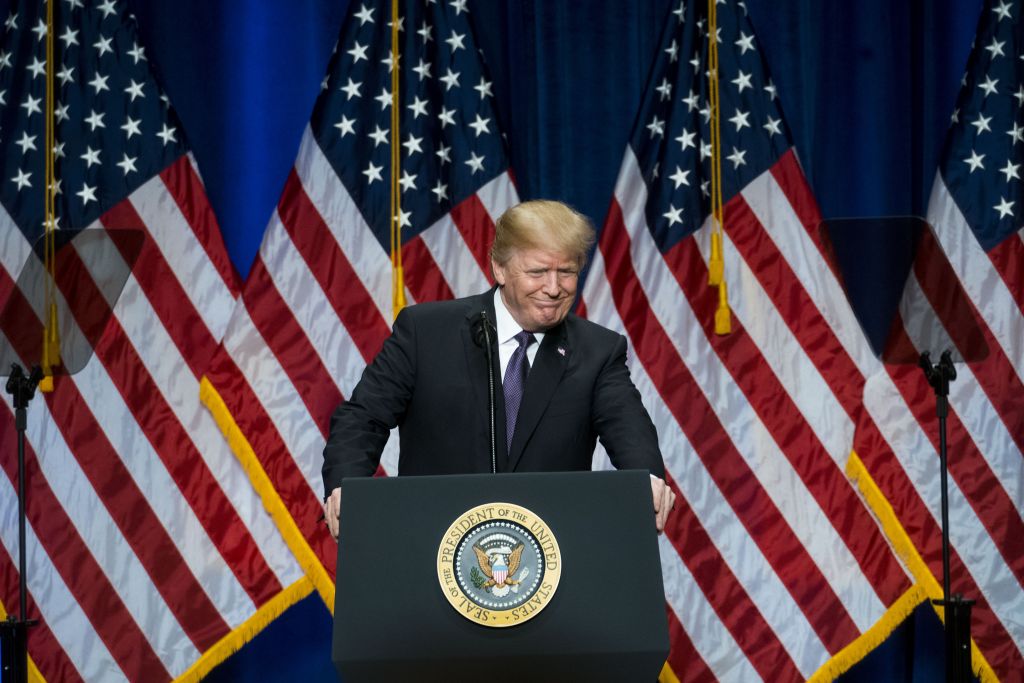 The Trump administration released its first National Security Strategy on December 8. The 68-page report expounded Trump’s America First policy. China is mentioned 26 times in the document, mostly negatively. But we should not ignore the sections pointing  to greater cooperation between China and America.

National Security Advisor Herbert Raymond McMaster said the report would be somewhat similar to the 1987 report during the Reagan administration, as the US now faces similar conditions.

The report portrayed a world dramatically different from the one in previous reports. In this “competitive” world, the US is no longer a natural leader; US leadership, influence, and economic interests are being eroded by “revisionist countries”. The American people live under threats from North Korea, Iran, terrorism, cross-border organized crimes, and even human traffickers. The US no longer believes in engagement, as that only makes America’s rivals stronger, and more capable of threatening its democratic world. In such a realist world, only military, economic, and technological advantages can guarantee the country’s interests. Only America’s prosperity can guarantee global peace and prosperity. Such strategic thinking leads to global turbulence. If a major country has to expand its influence focusing on competition, the international community will inevitably be divided into multiple camps. Judging from Cold War history, it will be a zero-sum game. The deep sense of crisis is reminiscent of McCarthyism. Arousing a strong sense of insecurity in citizens will naturally result in discrimination against minority groups. The report calls for limiting visa issuance for students from certain countries in order to protect American innovation. Refusal to engage, a negative attitude to global issues, and an America First policy are reminiscent of earlier American isolationism, which brought disaster to the US and the rest of the world.

At eight points the report set China, along with Russia, against the US and its allies, forming an unstable “tri-polar world”. Such recklessness will negatively impact China-US relations.

China has every reason to feel offended and to worry about such thinking. But China is also keenly aware that the state of the world will no longer be dictated by a single document, or a single country. The US National Security Strategy represents the Trump administration’s thinking, but the future of the world will be determined by all countries together. Trump’s pessimistic and realistic strategy and China’s optimistic and idealistic “community of shared future” are two sides of the same coin, and there are opportunities for cooperation.

The report identified some opportunities for cooperation. One is on the trafficking of new drugs. China and the US have the same stance on the matter. China is keenly aware of American concerns as a victim of new drugs itself. Another opportunity is with regard to outer space. For the two countries, consensus on rules on outer space is growing, and the potential for cooperation on space exploitation is increasing. Another opportunity is with regard to cyber security. The report repeatedly highlights the idea of “sovereignty”, no longer emphasizing American exceptionalism. Following this logic, the US may gradually accept the Chinese proposal of “cyber sovereignty”, taking mutual non-interference in the cyber realm as a basis for bilateral dialogue. Once such a basis is established, cyber cooperation between the two countries will reach new heights, taking the place of climate change as a “new pillar” of bilateral relations.

Donald TrumpTrump and China PolicyAmerica FirstNational Security
printTweet
You might also like
Back to Top
CHINA US Focus 2018 China-United States Exchange Foundation. All rights reserved. Disclaimer