In an article entitled The South China Sea Arbitration (The Philippines v. China): Assessment of the Award on Jurisdiction and Admissibility recently published in the Chinese Journal of International Law, Sreenivasa Rao Pemmaraju, a leading scholar of international law and adviser, and former Chairman of the International Law Commission, reviews the decision of the Tribunal on jurisdiction and admissibility. It is found that the United Nations Convention on the Law of the Sea (UNCLOS) has very little to offer to decide on issues before the Tribunal which are an inseparable part of issues of sovereignty and associated questions concerning overlapping maritime entitlements. 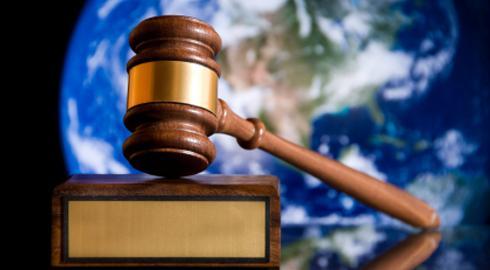 In its Award on Jurisdiction, the Tribunal rejects China’s objections which noted that the parties agreed, under the 2002 China-ASEAN Declaration on the Conduct of Parities in the South China Sea (DOC) between China and the member States ASEAN of the Association of Southeast Asian Nations (ASEAN) and various Sino-Philippine joint statements, to settle the disputes between them peacefully and by negotiations. In this regard, Rao holds that it is not correct for the Tribunal to insist that the compulsory settlement of dispute procedures under UNCLOS would continue to apply unless the parties excluded the same in express terms. He concurs with China in that lack of an express exclusion is not “decisive”, but what is decisive, according to him, is the clear intent and the existence of consensus or the lack thereof among the parties.

It is further held by the author that the Tribunal should have required the Philippines to engage in negotiations as a precondition for it to proceed to deal with the dispute on merits, for at least two reasons. First, the map depicting the nine-dash line may be only “illustrative or informative”. The real evidence supporting the Chinese assertion of sovereignty over various groups of islands and associated maritime features and their maritime entitlement not only under the Convention but also under “historic titles” could only come from China in negotiations. Second, resolving the issues of sovereignty, historic titles and rights and the maritime delimitation require direct negotiations. Only such negotiations would have given both the Philippines and China the opportunity they needed to appreciate their respective claims in concrete terms and to engage in right earnest to resolve them.

Rao also holds that negotiation is the primary and agreed method of resolution of claims between the Parties as part of consultations and exchange of views between the ASEAN States and China. This is duly reflected in the DOC. Negotiations are equally emphasized as a primary means of settlement of disputes under international law and state practice. Compulsory settlement of disputes which is dependent upon the consent of all the parties to a dispute is an exception, and more so in the case of disputes concerning the interpretation and application of the Convention.

To Rao, the UNCLOS is a case which best illustrates the importance of settling differences and disputes arising from its interpretation and application by negotiation, it being acknowledged universally as a “package deal” with several controversial issues involving sovereignty and associated rights and principles governing maritime delimitation remaining inconclusive or wrapped-up in vague compromise formulae. It is never easy for States to yield to third party decisions in matters which are as vital and grave to their national interests as issues of sovereignty and maritime delimitation. It is therefore reasonable and common for a State party to a dispute to insist that it be settled by direct negotiation; or, failing agreement, by only such other peaceful means as are mutually agreed to achieve not only an “equitable result” but a durable settlement of the dispute. Rao is of the view that the Philippines is obliged to show that it engaged in “negotiations” in right earnest and in good faith before it could turn to more compulsory or third party means of settlement. In the absence of such negotiations, it is difficult to judge whether there is a “dispute” of the kind the Tribunal could consider as appropriate for its consideration and to satisfy for itself that in respect of that dispute it has jurisdiction.

The Philippines attempts to circumvent China’s 2006 Declaration, which excludes all disputes concerning sovereignty and delimitation of maritime boundaries from compulsory procedures, by requesting the Tribunal to determine the status of certain maritime features without deciding on their sovereignty. In this regard, Rao is of the view that if the objective of the whole exercise of the Tribunal is only to assess the geology of the maritime features in dispute, it would either amount to an academic exercise or an exercise without real value. He points out that China is not contesting the provisions of UNCLOS concerning maritime entitlements of States. There is neither a dispute between the Philippines and China nor could there be one over these provisions in the abstract or in vacuum. Although the Tribunal is aware of this and even acknowledged that it could be so on further examination, it takes a curious position straining its logic, that it is entitled to deal with the dispute “even if the exact scope of this cannot be determined”.

Rao writes that China’s case is that it acquired historic rights over several of these maritime features through exercise of acts à titre de souverain. It cannot be disputed or disproved merely by looking at the geological nature of the maritime features in question and the entitlements they can or cannot generate in terms of the relevant provisions of UNCLOS. They can be assessed only by examining the nature of acts and functions of sovereignty China claims to have performed from times immemorial or through history. To the author, the Tribunal is not very convincing when it suggests that there could be a conflict between “historic rights” claimed by China and the rights claimed by the Philippines under UNCLOS and sets out to settle them in terms of UNCLOS. In so attempting to do, it appears to erroneously accord the provisions of UNCLOS hierarchically a status higher than the general or customary law concerning acquisition of sovereignty over territory or other insular features by States.

With regard to China’s claim of “indisputable sovereignty over the islands in the South China Sea and the adjacent waters”, Rao thinks it not uncommon for States to invoke “an ancient, original or historic title”, particularly in Asia, “where traditional boundaries play a significant role”. States can claim historic rights to small and uninhabited or even seemingly uninhabitable maritime features. The Chinese case in respect of its sovereignty over four different island groups would have to be examined as to whether the exercise of sovereign functions is continuous, uninterrupted, and possibly unopposed. But resolution of disputes over historic titles and rights is a matter governed by general international law, relevant treaties and customary practices. They are matters that are clearly outside the scope of UNCLOS.

On the question whether low-tide elevations can be appropriated, Rao holds that there is no express prohibition in customary law of the sea against it. He further stresses that the Chinese claims concerning the historic rights must be verified or assessed in terms of the inter-temporal law, that is, law in force at the time it claims to have consolidated those rights; and on the basis of sovereign acts it performed to consolidate its title prior to the “critical date” on which the dispute between China and the Philippines might be said to have been crystallized. Such issues are clearly outside the jurisdiction of the Tribunal.

Rao writes that China’s claims of sovereignty over the islands and other maritime features of the South China Sea and associated maritime entitlements are sui generis in that it conflates two different legal bases for its claims: one based on historic titles and rights and the other supplemented and enlarged by terms of UNCLOS. The attempt to separate issues and evidence concerning historic titles and attempting to focus on interpretation and application of the provisions of the Convention amounts to an exercise in vacuum; and in the end it might turn out to be futile. The decision of the Tribunal to accept several Submissions made by the Philippines on the ground that they do not per se involve determination of issues concerning sovereignty and maritime delimitation is unsustainable and without merit.

It is concluded that in the case the Tribunal failed to properly assess the real and actual dispute. The determination by the Court that the dispute could artificially be divided into issues concerning maritime entitlements under law of the sea as opposed to those governed by historic titles is flawed. The summary way in which the Tribunal dismissed the requirement of “negotiation” as a condition precedent for the exercise of its jurisdiction, made its decision that much less persuasive.