In the Absence of American Policy, a Security Dilemma Grows in Asia

Through his first 100-plus days in office President Donald Trump has yet to form a clear and concise Asia policy. This lack of clarity and consistency in the Trump administration’s rhetoric, actions, and statements about the region is creating a security dilemma in Asia.

With the United States showing such ambiguity towards Asia, regional states have reached out to China and other partners, and even moved to increase their own military capabilities and presence to secure their interests and fill the void left by America. All area states are worried about their relationship with the U.S. and the Trump administration. A plan must come eventually from American leadership in order to minimize the breakdown of regional stability. 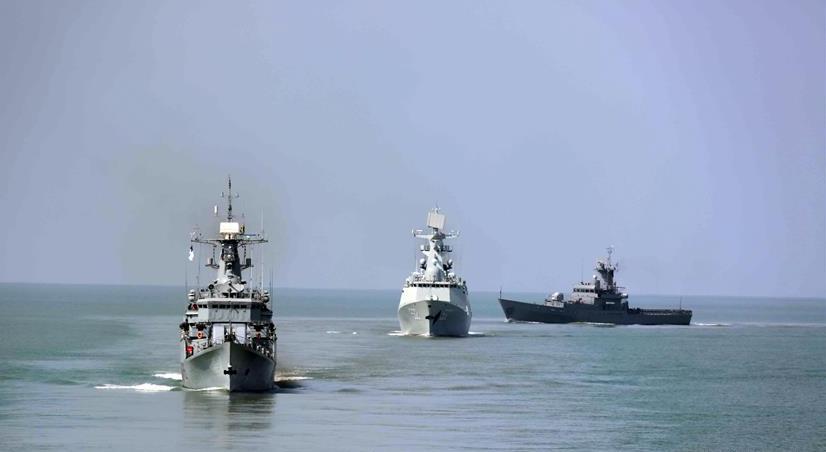 President Trump has yet to fill many key positions on his administration’s foreign policy team, and is still lacking true China experts on his staff. Further, Trump has yet to nominate a candidate for Ambassador to South Korea, a key diplomatic position given Seoul’s recent political transition and a bellicose North Korea continually raising tensions and fears of conflict. The U.S. has not run any freedom of navigation operations (FONOP) in the South China Sea, and has actually avoided the South China Sea nearly all together under Trump – a flip from his campaign rhetoric. When it was announced a U.S. carrier strike group would approach the Korean Peninsula to quell North Korean aggression, the fleet sailed in the opposite direction.

Meanwhile, China announced it had placed rocket launchers on Fiery Cross Reef in the South China Sea to protect the man-made island that is also claimed by the Philippines, Vietnam, and Taiwan. The U.S. has not responded to this claim, nor has Trump addressed China’s continued militarization of the South China Sea as he campaigned he would.

Regional states like the Philippines, once the staunchest of American allies in Asia, have reached out to engage China in several cooperative measures (despite President Duterte’s often offbeat statements), questioning America’s willingness and ability to combat China in the South China Sea.

In Japan, Prime Minister Shinzo Abe plans to pursue constitutional reform regarding the use of its Self-Defense Forces. Abe wants to amend the constitution’s pacifist clause, Article 9, by 2020 and no longer limit Japan’s military forces. This aggressive and once unthinkable notion comes in the face of persistent North Korean military threats, and missile tests crashing down off Japan’s coast. Tokyo also seeks to strengthen its abilities to project influence on overlapping territorial claims with China.

China is strongly opposed to any Japanese militarization, and any greater threat to the two states’ multiple territorial disputes in the East and South China Seas. With no solid U.S. strategy, Japan feels a stronger, more well-rounded military might be its only means of security against China and North Korea. Beijing is united in the memory of Japanese imperialism in the 20th century, and is not willing to deal with a rearmed Japan off its coast. During their meeting in February, Trump told Abe the U.S. was committed to Japan’s security, yet no policy or action has come following the statement.

China is likewise threatened by the deployment of the U.S. Terminal High Altitude Area Defense (THAAD) anti-ballistic missile system in South Korea – possibly the only strong security commitment being made by the U.S. in the region, however, one that began under the Obama administration. Beijing’s strong opposition to THAAD may make China reluctant to take steps to curb the growing threat from North Korea in retaliation for what it sees as a risk to its own ballistic missile deterrent.

This lack of U.S. engagement and ambiguity in communication is creating a security vacuum. Noticeably worried by an absence of American involvement and coherent policy, America’s allies in the region have begun looking at other means for ensuring their security. There is a dangerous lack of clear interaction and consistency coming from the U.S. in Asia at a time when a firm and reliable policy is needed to keep the region from a growing security dilemma which could spiral into a regional arms race, destabilizing Asia and increasing the chance of conflict if there is not a swift shift in direction.

A clear and robust U.S. presence in the region is vital to regional security and stability. President Trump still relies too heavily on business tactics when it comes to diplomacy and communicating with other world leaders, treating them too much like business partners. In international relations, personal relationships cannot be relied upon to solve all disputes, or keep foreign leaders in line with nonexistent policy and empty words.

The Trump administration must act fast to fill key positions and develop a consistent line of policy, on which it can show signs of following through on. The North Korea issue cannot be addressed until America’s regional stance is stabilized, trust with allies is regained, and the region as a whole is on the same page.

The budding security dilemma present in the current atmosphere presents a unique risk to all countries involved, including the United States, in that a continued absence of American policy in the region could reshape the balance of power. Rhetoric and empty promises will not fix the security issues in Asia, only engagement and a clear strategic approach can.

Asian SecurityTrump and China PolicyKorean Peninsula
printTweet
You might also like
Back to Top
CHINA US Focus 2018 China-United States Exchange Foundation. All rights reserved. Disclaimer