A Big Gain for China and ASEAN 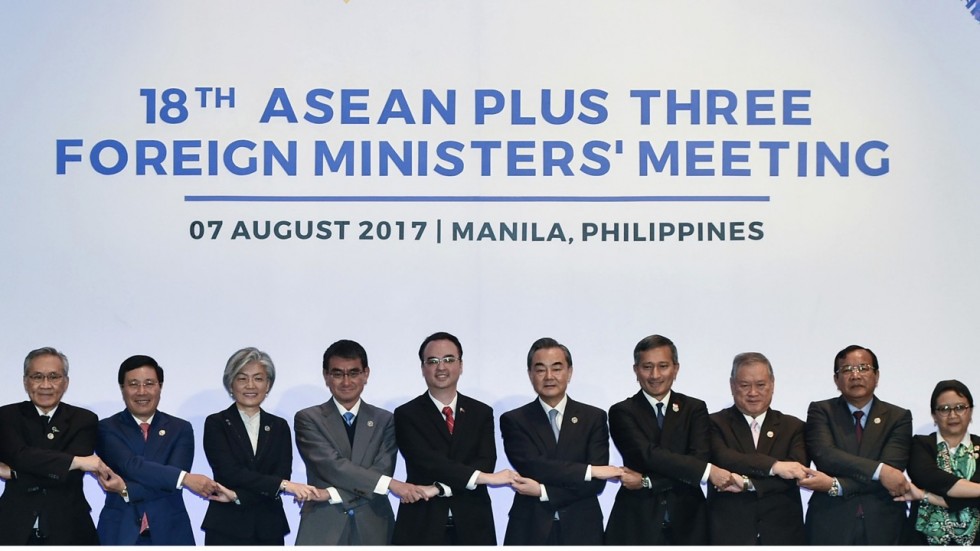 On the 5th of August, Chinese and ASEAN foreign ministers endorsed the framework of a Code of Conduct (COC) on the South China Sea (SCS) at the 50th ASEAN Foreign Ministers’ Meeting. This is an important development in managing disputes, alleviating tensions, and preventing SCS issues from jeopardizing China-ASEAN relations. This agreement shows consensus and unity between China and ASEAN members on significant issues.

Although the signing of the framework of the COC is only a small step forward in the COC negotiation, it’s actually of great significance for China-ASEAN relations.

Fifteen years have passed since China and ASEAN signed and issued a Declaration on Conduct (DOC) on the SCS in 2002. Since then, two issues have prevented consensus on a COC between China and ASEAN, and between ASEAN countries. The first is what role the COC should play concerning sovereignty in the SCS and in maritime disputes. The second is what controversial issues China and ASEAN should avoid during the negotiations for the COC. It’s important not to confuse the negotiation of the COC with negotiations aimed at solving the sovereignty disputes. The COC should facilitate the settlement of sovereignty and maritime disputes in the SCS rather than directly interfering with or impeding their negotiation.

Also, if the COC is to become a binding document, then from the very beginning negotiations should not be used as a tool by countries outside the region to intervene in the SCS. Any negotiations should be the result of self-determined, conscious, and voluntary dialogue between China and ASEAN in order to promote regional stability and cooperation. Furthermore, it is essential that the spirit of cooperation between China and ASEAN be maintained during negotiations on the COC. The desire to reduce interference by powers outside the region can help keep the SCS peaceful.

The situation in the SCS has changed significantly since 2002. China and ASEAN claimant countries have all undertaken drastic efforts to bolster their maritime claims. The progress of China’s construction on islands and island-building changes the strategic situation in the region, and provides major support for safeguarding China’s rights and maintaining regional stability in the SCS.

With intervention and support from outside powers, ASEAN claimant states have exacerbated territorial disputes. Bringing SCS disputes to an international tribunal for the first time, the Philippines sabotaged the consensus reached in the DOC by China and ASEAN that the relevant disputes in the SCS should be settled through negotiations and consultations via diplomatic channels. The Jurisdiction Award issued by the arbitral tribunal violated the rules set by international law that third party settlement will apply only when bilateral diplomatic means have been exhausted.

The framework of the COC summarizes and reflects the current situation in SCS disputes since the DOC was issued 15 years ago. It shows the world China and ASEAN’s strong will and pragmatic attitude on dispute management and the alleviation of tensions, on setting norms for states’ activities, and deepening strategic cooperation. The framework of the COC is brief and concise, but it has a clear intent. It focuses not only on China-ASEAN activities in the SCS, but also on future SCS crisis management and principles for joint activities.

The strategic partnership between China and ASEAN will continue to progress. Later this year China and ASEAN are expected to initiate formal negotiation to conclude a binding COC. China and ASEAN have yet to formalize the framework. They should do so, and show the world that countries with conflicting claims can manage and control disputes and tensions over the SCS with restraint, pragmatic cooperation, and the establishment of regional mechanisms. As Foreign Minister Wang Yi said, “History will prove who is the real master of the SCS.”

South China SeaChina-ASEAN RelationsASEAN
printTweet
You might also like
Back to Top
CHINA US Focus 2018 China-United States Exchange Foundation. All rights reserved. Disclaimer