Science and Resource Sharing: A Solution for the South China Sea? 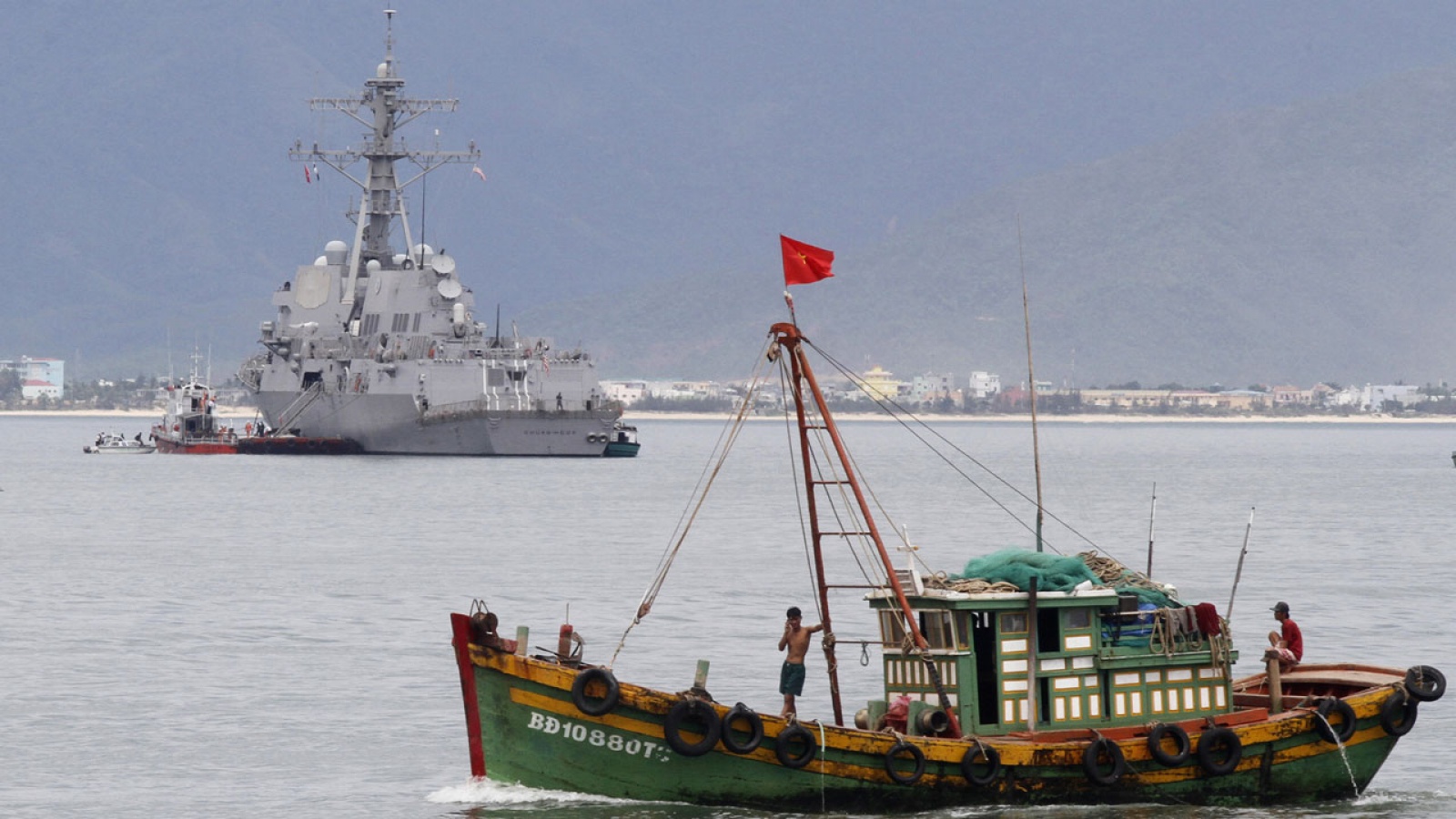 After exhausting traditional diplomatic and military options in the South China Sea (SCS), the United States and the international community should encourage a resource development and scientific solution to the territorial disputes between China and its neighbors. Science diplomacy, with a focus on resource development and preservation, will present an immediate incentive for long-term cooperation, confidence building, and the promise of future resource shares.

Current Chinese activity in the South China Sea fails to uphold international environmental policies consistent with ecological requirements, and fails to preserve and protect fragile ecosystems belonging to threatened or endangered species. Earlier this year, Su Hao, a professor at the China Foreign Affairs University in Beijing, ensured United States Secretary of State Rex Tillerson that, “China will not adjust its policy regarding the South China Sea. We will continue to do things that are in line with our own national interests and our own logic.” In sum, China will continue to alter its periphery and extract resources to fuel economic development and population growth at the expense of marine environments and the territorial claims of its neighbors. To secure reserves and extend capabilities, the People’s Republic of China (PRC) conducts expansive maritime activities, makes territorial claims, and constructs artificial islands and infrastructure, which produces an environment of potential conflict between claimants, but also threatens and destroys marine life. The United States and its allies criticize Chinese calculated self-interest and view the PRC’s actions as disruptive to global trade routes and global order. But how can Chinese expansion be tamed, or better yet, its political and environmental consequences mitigated?

Primary ecological concerns in the SCS involve acidification, coral reef destruction, threats to biodiversity, and fish stock decreases. Since fish from the SCS provides 1.9 billion local people with protein, increased cooperative fishing regulations are essential in multilateral negotiations between China and its neighbors. Also, warnings similar to the Center for Biological Diversity’s claim of a 30 to 50 percent species extinction rate by 2050 should be publicized and presented to all involved parties to move the diplomatic process along.

But China’s regional ambitions are reactionary to resource demands for active and sustainable long-term development. China will require more resources and will expand to fulfill national interests, much like the United States in the Western Hemisphere two centuries ago under the Monroe Doctrine. However, territorial aggression or bullying is not equivalent to the procurement of resources. A Joint Development Area (JDA) agreement and proactive environmental policy will allow for the sharing of fish and hydrocarbon reserves between territorial claimants without further harming marine life.

What is a JDA?

The creation of a JDA, in combination with a focus on the promotion of regional scientific collaboration and resource development cooperation, will build confidence among the SCS states and allow China to consider a more durable and guaranteed approach in fueling its economic development.

To implement a JDA, scientists and engineers should first report known resource reserves in the SCS, forecast and chart potential undiscovered reserves, and present long-term data to all claimants, illustrating the benefits and sustainability of the agreement. Secondly, all involved parties should discuss consumption needs and negotiate forward-looking stakes in the resource pool. Third, after implementation, regional actors should create an arbitration committee to hear potential future disputes.

The SCS contains proven reserves of 11 billion barrels of oil and 190 trillion cubic feet of natural gas. As the second largest oil consumer, China is expected to double consumption by 2030 and is, therefore, diversifying through offshore production. The PRC already competes with its neighbors, specifically Vietnam, which receives 26 percent of its overall oil supply from the sea. Vietnam and China also quarrel over fish stocks in the SCS which represents 10 percent of the Earth’s fish production. From 2005 to 2012, the Vietnamese reported 63 fishing boats seized by the Chinese in disputed waters.

Creating resource development and sharing initiatives between claimants in the SCS will aim to prevent such conflict through the cultivation of mutual knowledge and cooperation concerning fish and hydrocarbon availability. Resource engagements will foster trust, decrease the importance of territorial and maritime claims, and tame domestic nationalism through the incentive of increased resource availability. However, ever-increasing Chinese consumption demands, current distrust between claimants, and domestic politics all threaten the success of a resource development mission. A JDA initiative must articulate the benefits for all parties involved to succeed, but must also incorporate scientific diplomacy.

What is Science Diplomacy?

According to the American Association for the Advancement of Science (AAAS), science diplomacy is a mechanism used to create mutual common ground, collaboration, and partnerships in the field of science with the hopes of resolving other, non-scientific, foreign policy issues between states. On July 12, 2016, the Permanent Court of Arbitration in The Hague ruled in favor of the Philippines in a case brought against China concerning claims in the SCS. It emphasized that China violated United Nations Convention on the Law of the Sea (UNCLOS) through its construction of artificial islands and infrastructure, and harmed fragile marine life. The court’s mention of ecological concerns presents an opportunity to incorporate science diplomacy but also illustrates to China that international institutions are not dismissive of environmental degradation.

Support from major global powers and the perceived credibility of bodies like the UN will at the very least prompt China to consider joint research expeditions to benefit its political and economic image. Since the 1970s, environmental working groups and scientific joint peace efforts have targeted the SCS as a project but ultimately failed to solve larger foreign policy issues. However, incorporating a resource development project with an angle focused on science is more likely to succeed.

Open the Discussion and Fortify Efforts

A two-pronged agreement, focusing on resource development and environmental preservation, will ensure positive strides toward easing tension in the South China Sea. Long-term and short-term resource reports, communicated by expert scientists and engineers, will bring the PRC into a discussion which will lead to further negotiations over the sustainability of regional resources, consumption needs, and future resource stakes. After compiling data concerning hydrocarbon availability, fish stocks, and marine life, scientific diplomacy will fortify diplomatic efforts through a non-politicized, data-driven, cost-effective process which will benefit residents, fishers, and marine resource workers. In the past, the execution of freedom of navigation exercises and international court judgments failed to discourage aggressive behavior in the SCS. It is time resource experts and environmentalists led a diplomatic effort to incentivize regional cooperation and collaboration between China and its neighbors.

South China SeaScience Diplomacy
printTweet
You might also like
Back to Top
CHINA US Focus 2018 China-United States Exchange Foundation. All rights reserved. Disclaimer