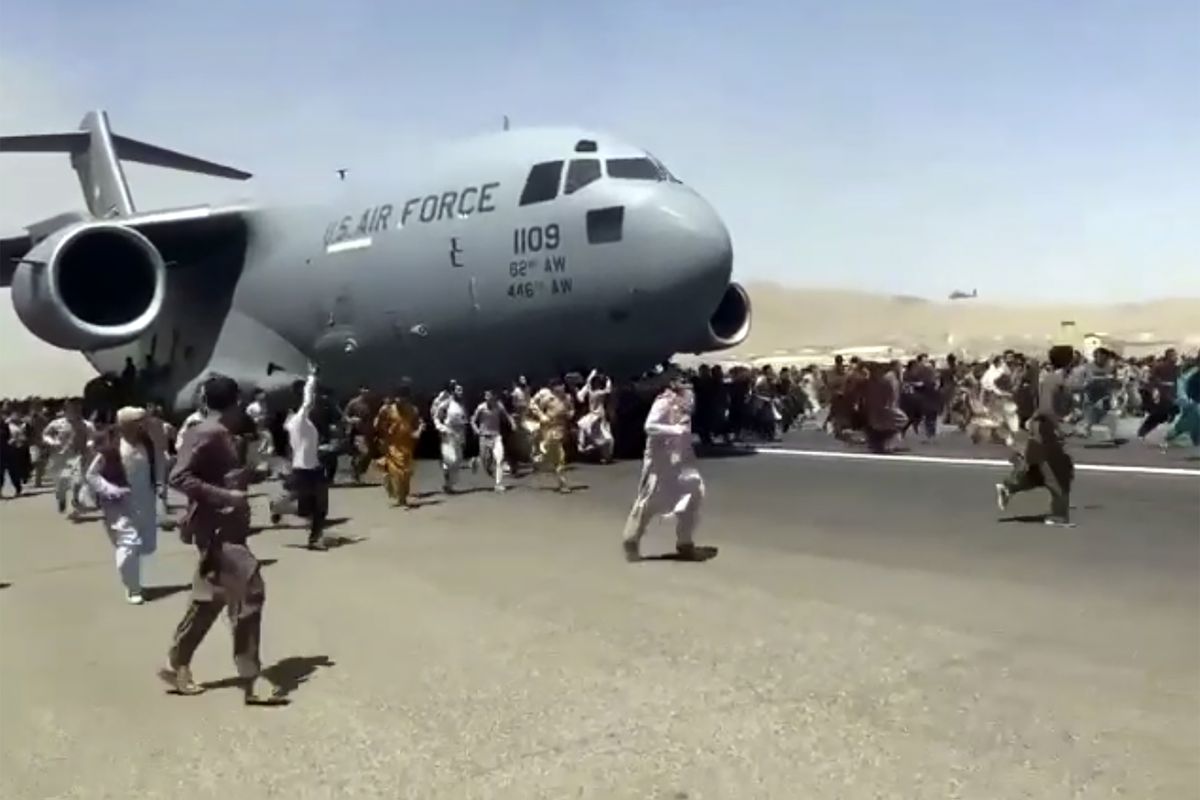 Hundreds of people run alongside a U.S. Air Force C-17 transport plane as it moves down a runway of the international airport, in Kabul, Afghanistan, Monday, Aug.16. 2021. Thousands of Afghans rushed onto the tarmac at the airport, some so desperate to escape the Taliban capture of their country that they held onto the American military jet as it took off and plunged to death. Verified UGC via Associated Press

The crisis in Afghanistan is becoming a major new challenge for U.S. President Joe Biden. The hasty retreat of U.S. troops and diplomats from the country has reminded many of the moment when the United States lost the Vietnam War. Secretary of State Antony Blinken denies that it’s a repeat of the Saigon moment in 1975 — and indeed things are even worse in Afghanistan than they were in Saigon.

The war in Afghanistan, which the Biden administration wants to end at all costs, has been going on for 20 years. Al-Qaeda carried out the Sept 11 terrorist attacks against the United States in 2001. In October of that year, the Bush administration launched the war in Afghanistan to fight al-Qaida, as well as the Taliban regime that harbored it. The Taliban fled from the U.S. offensive and took refuge in mountainous regions along the border with Pakistan, where they continued to fight U.S. forces and Afghan government troops. Taliban leader Mullah Omar told his soldiers, “Americans have all the watches. We have all the time.”

The Bush administration, overwhelmed by illusory military victories, also vowed to transform Afghanistan into a free and democratic country. However, having failed to hit the Taliban hard in 2003, it brazenly launched a war in Iraq after U.S. intelligence agencies fabricated evidence that Saddam Hussein’s regime in Iraq possessed weapons of mass destruction. The Bush administration proposed a “light footprint” approach to Afghanistan, deploying limited troops there and providing only meager financial assistance for economic and social reconstruction in the country.

In essence, Afghanistan is still a “qawm” society — roughly tribal social units based on kinship, residence or occupation. Most Afghans do not have a sense of national identity, but see themselves as Pashtuns, Uzbeks, Tajiks or Hazaras. Even among the Pashtuns, conflicts between different factions run deep. Civil wars between differing ethnic groups have been going on for centuries. Yet, the Bush administration arrogantly wanted to build a “unified centralized democracy” in Afghanistan. Biden has now explicitly acknowledged that this was a major mistake on the part of the United States.

The U.S. has spent more than $2 trillion on Afghanistan over the past 20 years, the vast majority of which has been spent on military operations. The American military-industrial complex and various defense contractors are the winners of the war in Afghanistan. In fact, the military and aid money approved by the U.S. Congress has enriched individuals and institutions alike.

A great deal of the money has also been embezzled by U.S.-supported Afghan government officials, whose corruption has made the Afghan government unpopular. U.S. government aid has been derided as a “phantom aid” that does not benefit ordinary Afghans at all. President Ashraf Ghani allegedly took four cars full of cash with him when he fled Afghanistan.

As Biden acknowledged in his recent speech from the White House, the Afghan political leadership abandoned the country, and some 300,000 well-equipped Afghan government troops — a number exceeding the numerical strength of many of America’s NATO allies — were routed.

The U.S. failure in Afghanistan represents a strategic breakdown that has caused the world to further question U.S. strength and credibility. Fundamentally, the U.S. arrogance led to its failure in Afghanistan, and the irresponsible U.S. political elite have exacted an extremely heavy price from the American and Afghan people.

John Mearsheimer, a professor at the University of Chicago, argues that the war in Afghanistan is part of a grand strategy of liberal hegemony pursued by the United States since the end of the Cold War. He says Washington believes that only by transforming countries like Afghanistan and Iraq into democracies can U.S. national security be fundamentally ensured. This grand strategy has proved illusory. 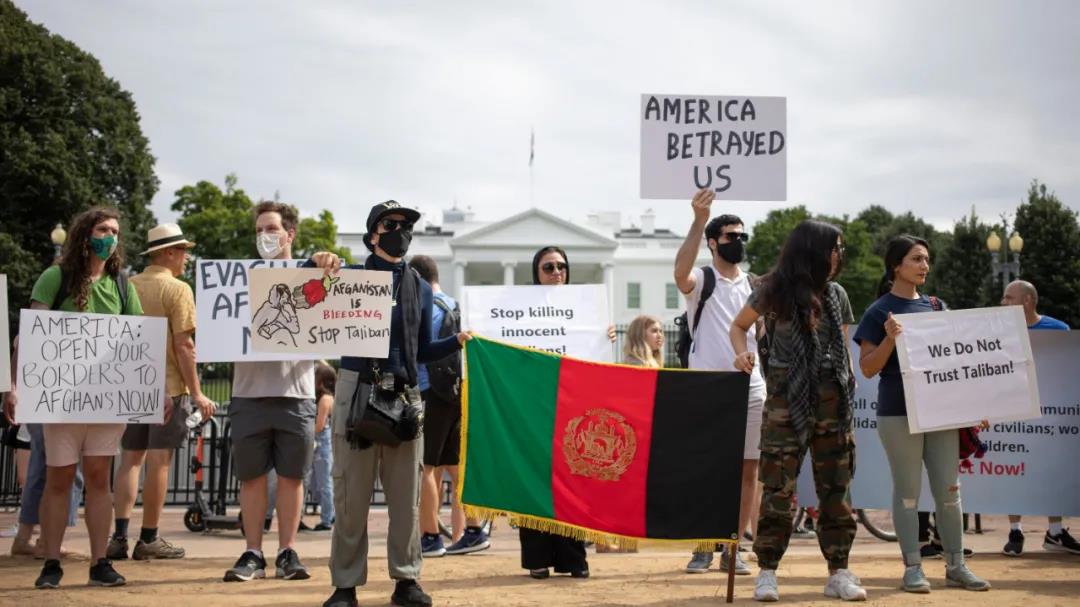 More than 300 demonstrators rallied outside the White House to decry the United States’ withdrawal from Afghanistan that led to the Taliban seizing control of the country.CreditCredit...Tom Brenner for The New York Times

Like the Trump administration, the Biden team wants to shift the focus of U.S. national security strategy from counterterrorism to great power competition, with China as the No. 1 competitor. But the real world never seems to work out as either black or white, left or right. From its overreaction to terrorism to its obsession with great power competition, the United States’ habit of moving from one extreme to the other is at the root of a series of strategic mistakes.

Democratic Senator Bernie Sanders and others have publicly warned Biden’s team that it should not over-hype the great power competition and that it should not turn the U.S.-China relationship into a new Cold War, which would do little, if any, good for the United States or ordinary Americans. The Biden administration should see that the U.S. has too many adversaries in the world already, and that terrorists and extremists are planning to take advantage of escalating tensions with China to launch a surprise attack on the United States.

How to deal with the political changes in Afghanistan is a shared challenge for China and the United States. It may be an impossible task for the U.S. to contain and suppress China while at the same time asking China to help the U.S. solve the Afghan problem. The Biden administration should learn an obvious lesson from the Afghan crisis: The world does not work the way the U.S. wants and expects, and it never will.